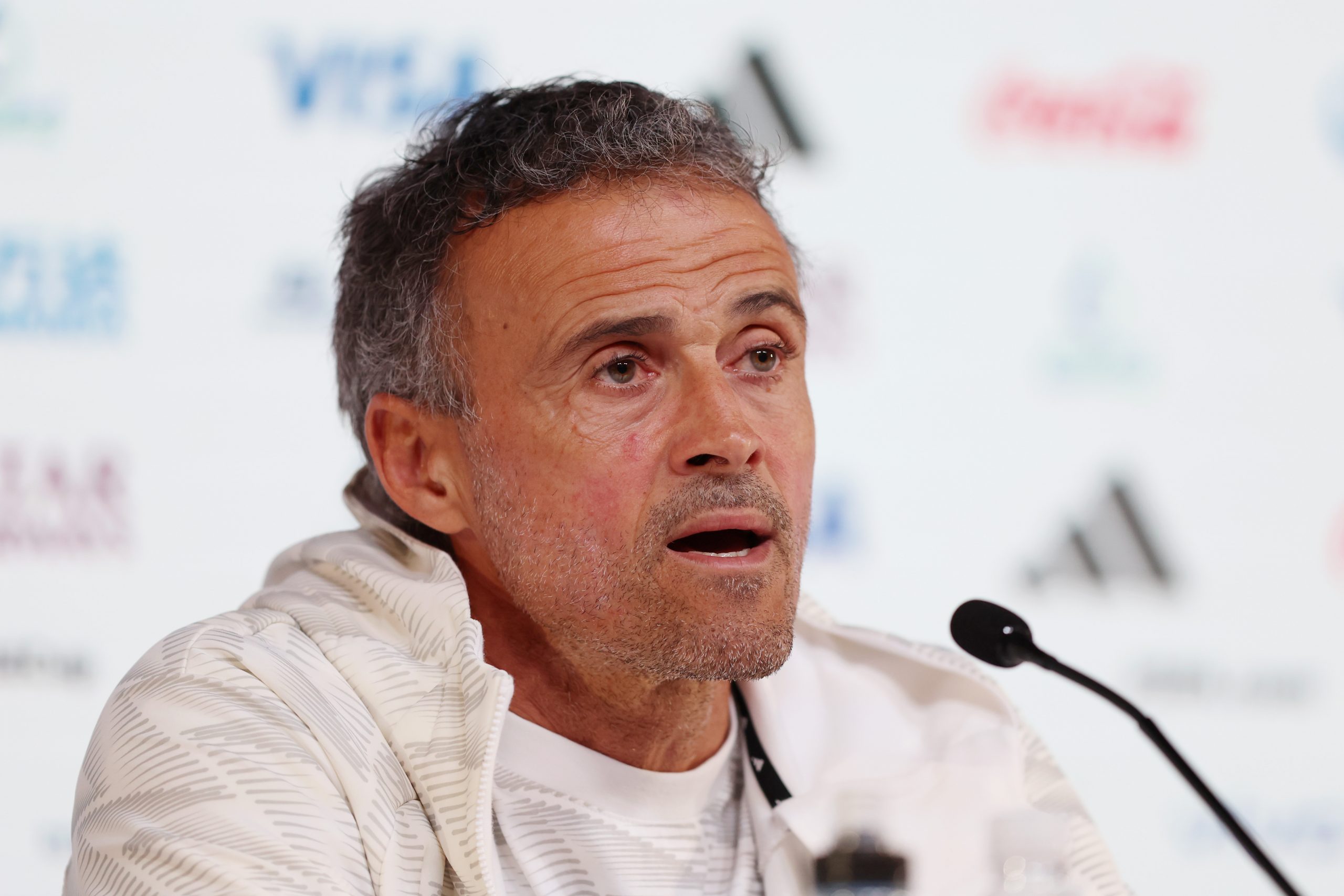 After making a blazing start to their FIFA World Cup 2022 campaign with a 7-0 victory over Costa Rica, Spain will now turn their attention towards perhaps the biggest fixture of the tournament till date as they face Germany on Sunday.

Unlike La Roja, the German national team began their World Cup journey with a disappointing 2-1 defeat to Japan. Another misstep on Sunday could send them packing from the tournament at the group stages itself.

Ahead of this much-anticipated encounter, Spain manager Luis Enrique addressed the media in a press conference and spoke about his team as well as the opposition.

During the chat, the conversation steered towards a certain teenage prodigy named Gavi. The 18-year-old Barcelona sensation was named the Man of the Match on his World Cup debut against Costa Rica as he put in a stellar display.

The teenager has been drawing praises from all quarters for his performance and Enrique, who had hailed Gavi as ‘out of the ordinary’ once again heaped plaudits on the Barcelona youngster, stating that he can mark his own era in the game of football.

“I have known him for many years. It’s amazing that, at just 18 years of age, he competes with such panache. We must also highlight his intelligence when it comes to positioning himself, his individual quality, his ambition, his physical ability…,” Enrique said, as quoted by SPORT.

“You have to go little by little, you don’t have to go crazy, but nobody doubts that he can be a player who will mark an era.”

Prior to the start of the press conference, Enrique had interacted with Gol Mundial where he spoke about Gavi’s Barcelona and Spain teammate Ansu Fati.

The 20-year-old forward was selected for the World Cup despite him not playing regularly for Barça this season. And the manager claimed that the young attacker was doing well and he must make the most of his chance when it comes.

“He’s doing very well, training with the rest of the group. The good thing about being in a good group dynamic is it helps everyone. It’s difficult for a striker to play 90 minutes. His time will come and he’ll have to make the most of it,” Enrique said, as quoted by SPORT.

Fati did not make an appearance in the win against Costa Rica even though he had scored a goal in the friendly against Jordan prior to that. He could get an opportunity tomorrow against Germany and it will be on the youngster to make it count.