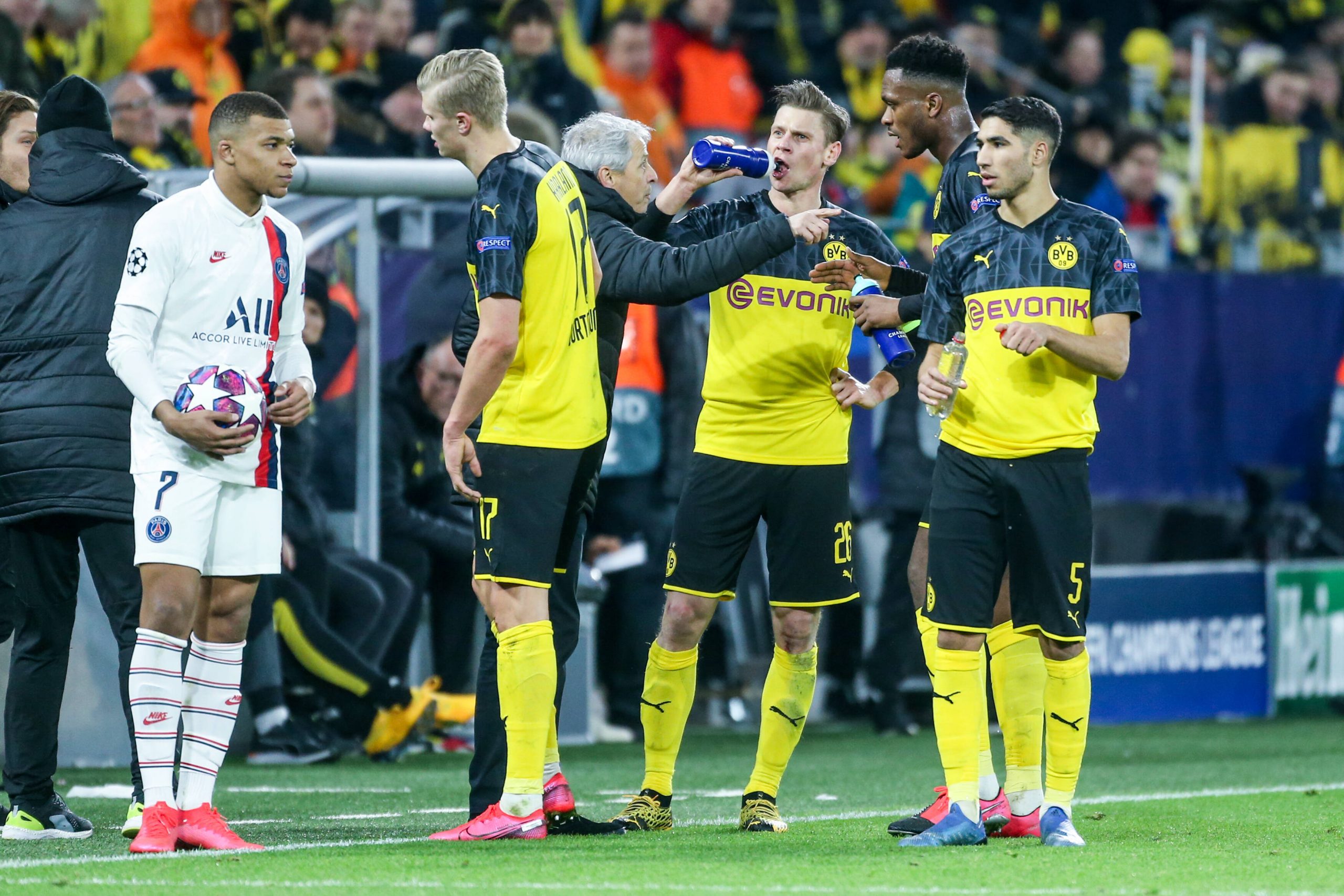 With Cristiano Ronaldo and Lionel Messi entering the twilight years of their career, Erling Haaland and Kylian Mbappe are being tipped to take over as the next biggest superstars in the game.

Haaland, who burst onto the scenes at RB Salzburg, has scaled great heights since joining Borussia Dortmund in January last year, firmly establishing himself as one of the most lethal goalscorers in Europe.

As for Mbappe, despite being just 22 years old, the former AS Monaco starlet has tasted so much success, including the 2018 FIFA World Cup triumph with France and various other titles and trophies with PSG.

Naturally, comparisons between the two have been drawn by fans and pundits. And, now, Barcelona’s veteran defender, Gerard Pique, has also had his say on the matter. Speaking on Twitch this past weekend, the 34-year-old was asked for his opinion on the rising star, to which he replied (h/t AS):

“Mbappe and Haaland are different. One is very similar to Ronaldo Luis Nazario, who is Mbappe. Haaland is more powerful, stronger, he is a goal killer.”

Mbappe, obviously, will be playing with Pique’s former Barcelona teammate Lionel Messi at PSG this season. The Argentine left the Catalan giants on a free transfer after their inability to renew his contract due to financial restrictions.

Speaking on Messi’s shock exit, Pique said: “It was tough. I have known him since I was 13 years old. He has made us all better. We have to accept it because it is reality. We will all step forward to be competitive.”

Pique has been in the news of late after agreeing to take a substantial wage cut in order to help Barca register their new signings in time for the La Liga season opener. The veteran defender then went on to score as well, as the Catalan giants defeated Real Sociedad 4-2 at home.

As for Haaland and Mbappe, the duo could go on to replicate the rivalry between Messi and Ronaldo. Recent reports have indicated that Barcelona are looking to use their connection with Mino Raiola to land Haaland, however unlikely that is, while Mbappe has been perennially linked with Real Madrid.