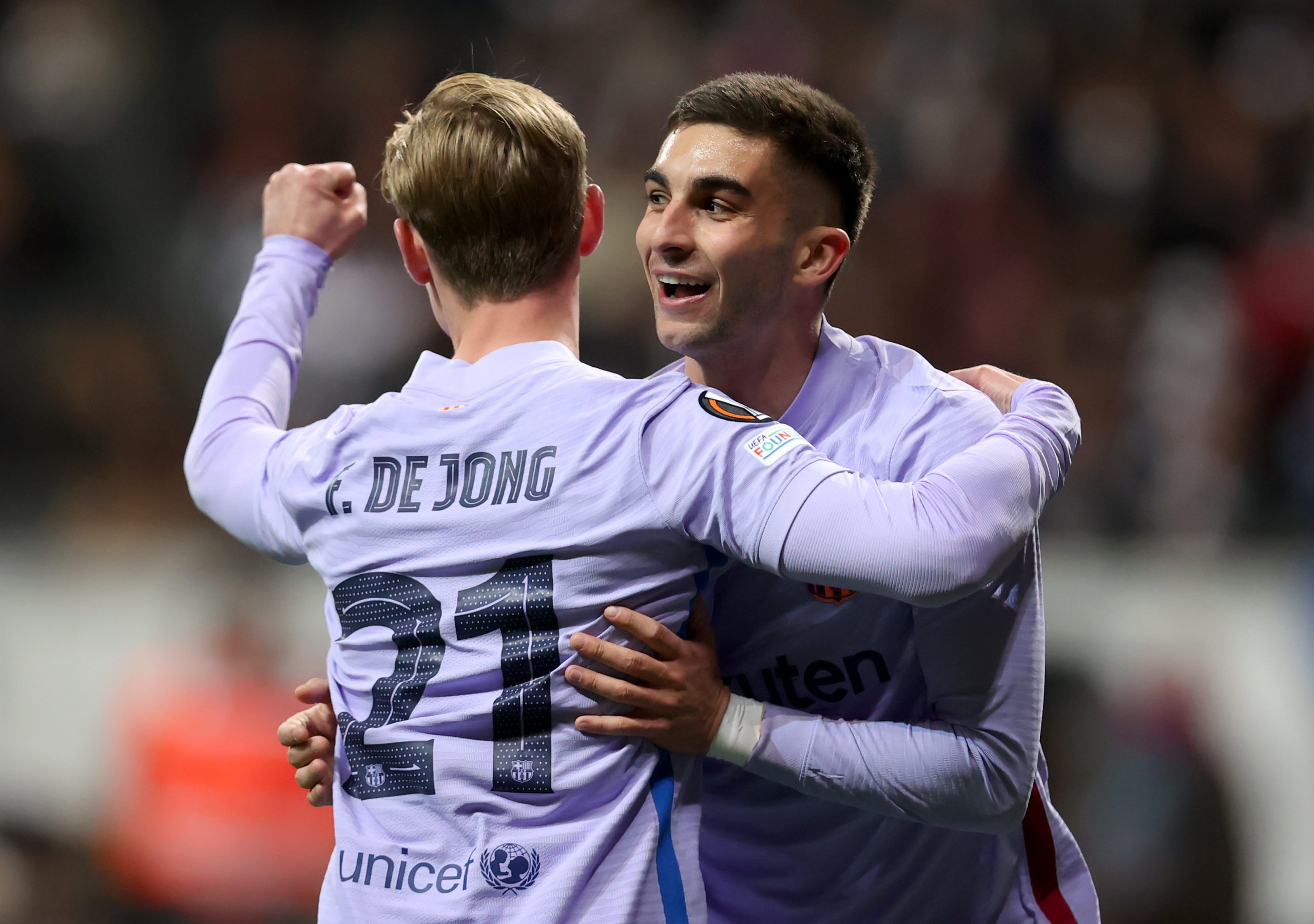 Barcelona endured a tough away night in the first leg of their Europa League quarterfinal against a resilient Eintracht Frankfurt. The Germans were dogged on their home turf as they held the Catalans to a 1-1 draw.

The conditions were not ideal as the pitch was rather weary. The Frankfurt players were very physical and sharp, not allowing the Blaugrana to fully grab control of proceedings.

Ansgar Knauff’s belter early in the second half was cancelled out by Ferran Torres’ well-taken finish as he combined with substitutes Frenkie de Jong and Ousmane Dembele, who made an immediate impact.

The return leg in Barcelona next week will be another tough test as the Catalans aim to make it to the semis of the Europa League.

Frenkie de Jong said the side has work to do ahead of the second leg: “We were hoping to win this game and we have to improve and hope to win the second leg.”

Eric Garcia, who put in a decent shift at the back, acknowledged the opponents but remained optimistic about his team’s chances in the second leg. The defender said:

“A win would’ve been a good result, but taking into account how the game went, how they pressed us, how the pitch was, it’s not a bad result. We lacked aggressiveness, they were stronger. But we’re in a relatively good position.”

Goalscorer Ferran Torres also said how tough the home side were to break down, but believes his equaliser could be crucial going into the second leg. Like Garcia, however, he also made note of the poor condition of the pitch.

“We know Frankfurt are a very tough opponent. The pitch was not in the best condition A draw could be important for the second leg,” he said.

On his goal, the Spaniard added: “It was a good goal, we were patient, we moved from side to side and I was able to combine with Frenkie.”

The forward was not shy to say that Barcelona will not back down and are aiming to win the whole competition: “We are Barça and we will fight for every title. Our goal is to win the Europa League.”