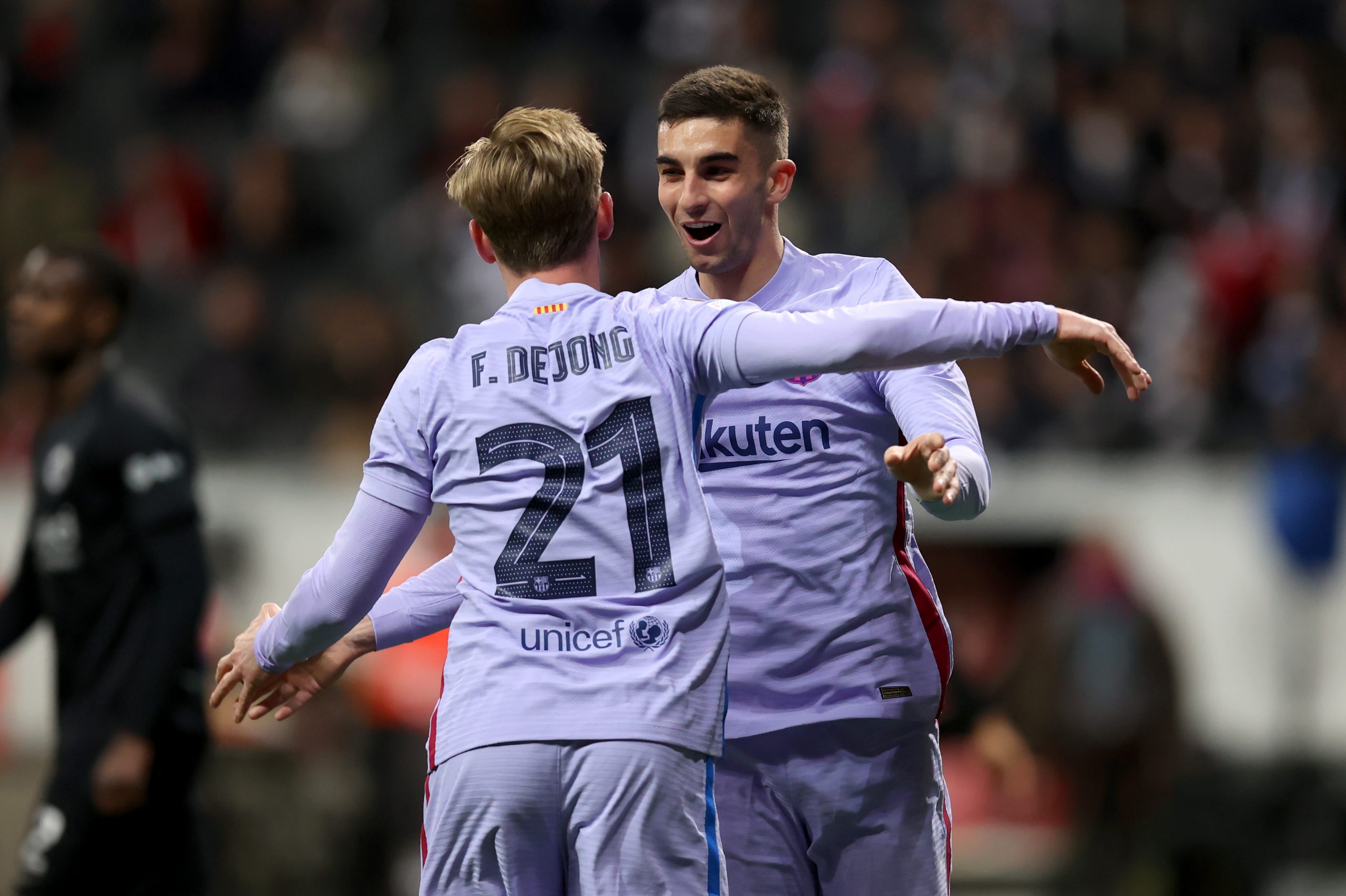 Barcelona headed into their clash against Eintracht Frankfurt, hoping to keep up their impressive form under Xavi. The team, now unbeaten in their last 13 games held out the hosts to a 1-1 draw.

That said, the scoreline definitely flatters the Blaugranes. They were by far and large the second-best team in the game, with Frankfurt hitting the garnet and blue defence with multiple counter attacks.

Eventually, a sensational goal from Ansgar Knauff broke the deadlock, but Frenkie de Jong and Ferran Torres combined to equalise in the 66th minute.

Busy night for ter Stegen who was called into action very early in the first half. Made a couple of decent saves, but fumbled his collection for a cross that almost cost Barcelona a goal. He was excellent with the ball at his feet, though, as always and could not do anything about the goal.

Araujo was faced with the task of keeping up with one of Germany’s most profieicient creators in Filip Kostic. After an initial moment of lapse of concentration, though, the Uruguayan did well to hold his own.

For the first time in forever, Pique looked very uncomfortable on the ball with Rafael Borre breathing down his neck. Was subbed off with an injury at the 23rd minute.

Rocky start for Garcia who did not respond well to Frankfurt’s high press. Eventually grew into the game, though, and was excellent. He did not let the opposition attackers get a sniff of the ball in the box as the last defender.

Inarguably Alba’s worst performances in months. He looked lost more often than not and could not link up with his teammates well enough. Made a bunch of questionable decisions in the attack as well and was often the protagonist of failed moves.

Gavi did a good job of increasing the tempo of the game, but was stopped in his tracks each time with a tactical foul. Was committed as ever off the ball, but did not impact the game like he would have wanted to.

While Gavi and Pedri struggled to find any sort of control in this game, Busquets was the only one keeping Barcelona composed. His incredible awareness helped the team retain the ball even when he was brought to the ground.

The captain also put in a brilliant defensive shift, making several clutch tackles, including one that was initially ruled as a penalty. Truly a mystery how Barça will replace Busi.

Pedri was deployed on the right side of the midfield, and evidently looked uncomfortable until Frenkie de Jong came on. Made a few important defensive interventions, but otherwise a rather dull showing.

Adama completed a bunch of dribbles but was not able to create any genuine threat as Martin Hinteregger commanded his backline superbly.

This was inargubaly the worst performance Aubameyang has put up since joining Barcelona, and probably one of the worst of his career.

While he constantly tried to link up with the midfield by dropping deep, barely any of his passes came off. Further, he had the presence of a scarecrow in the box, and did not register a single shot on target.

Torres looked motivated since his first touch and even registered the first shot on target for either team. Got a well-deserved goal after linking up beautifully with Frenkie de Jong. Sing of better things to come.

A solid outing for Lenglet who was brought on for Pique in the first half. He was well positioned to stop several transitions from Frankfurt, and added immeserable depth with his superb ball-playing ability.

Frenkie de Jong’s substitution change the course of the game as Pedri was able to move to the left. He also the clearly missing control in midfield, which when coupled with intelligent off-the-ball movement helped Barcelona equalise.

Dembele was the other substitute involved in the goal, linking up brilliantly with de Jong on the edge of the box. Created a clever move with Alba, whose cross was not met by Aubameyang.