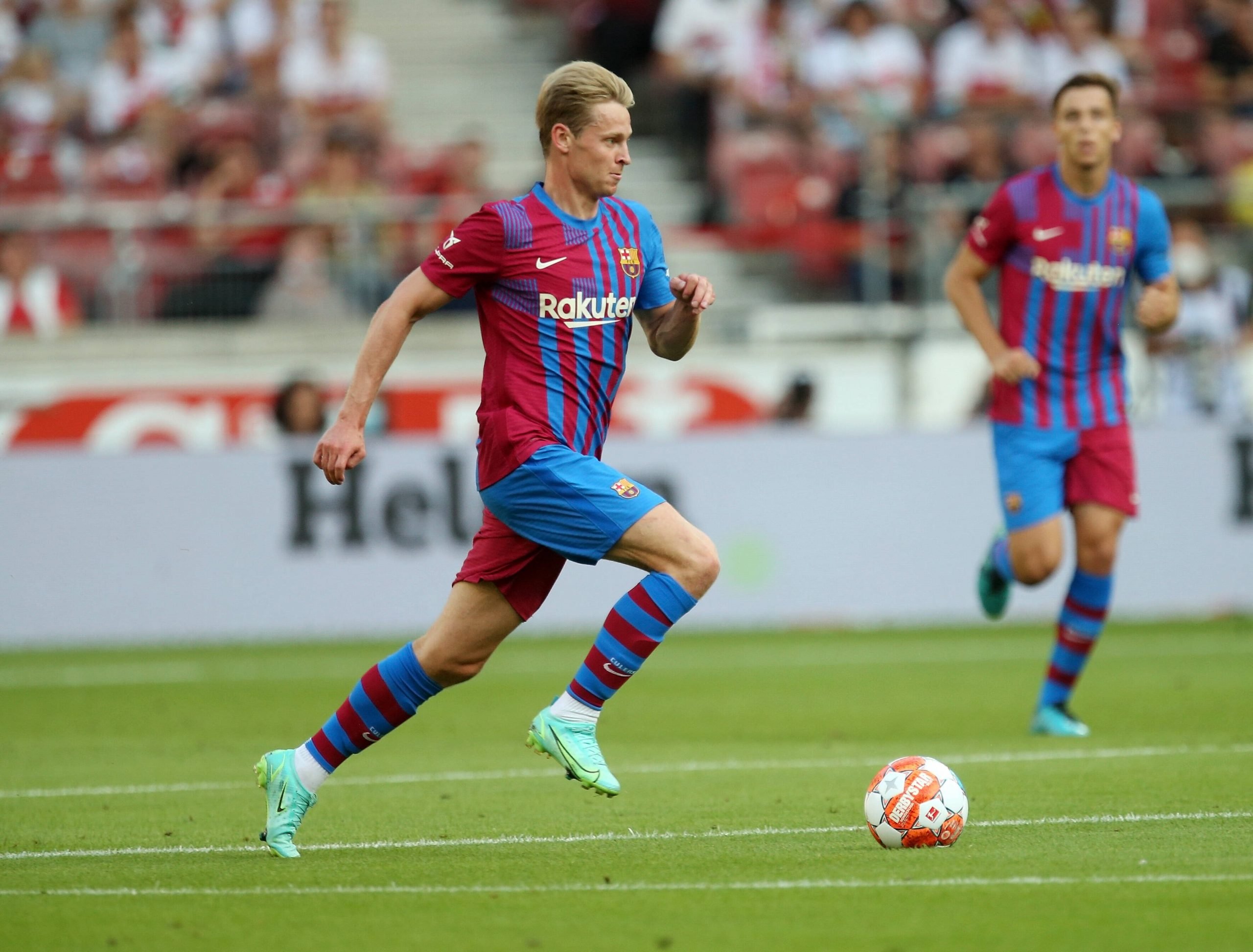 It has been two years since Frenkie de Jong arrived at Barcelona from AFC Ajax.

In his short time at Camp Nou, the Dutchman has to see a lot of changes. Two managers have left the club, the entire board has been through a shakeup, while the midfielder himself has evolved into a linchpin of the team after a slow start to life.

The 24-year-old recently sat down with Catalan publication SPORT for an interview, looking back at his journey with Barca and talking about what the future holds in store for him at the club.

The former Ajax man spoke about his own journey and evolution with the Blaugrana, saying: “It’s difficult to say where I have improved, but I think I have grown a lot as a person and a player. And I want to keep on growing.”

Asked whether his importance within the dressing room had grown, De Jong replied: “I don’t know, I’m still doing the same as I did when I arrived. I am the same person, I am not going to change much in that sense.”

After a long and arduous season with the Catalans, De Jong was also involved at the UEFA Euro 2020 with the Netherlands. As a result, there has not been much of a rest period for the midfielder, with the new season almost on the horizon.

Speaking about his general fitness ahead of the 2021/22 term, the midfielder said: “I feel really good at the moment. We’re preparing for La Liga and I think we’re growing every day and each week.”

Since his arrival, De Jong has won just one trophy – the Copa del Rey last season. The former Ajax man claimed that the triumph has given the team confidence to go and achieve bigger and better things in the coming season.

“I think the atmosphere is very good now. There is a lot of quality, the youngsters have talent and the squad is very strong this year. We’re going to fight for everything.

“I think we have improved the squad for this season, we’re growing as a team, it’s the second year with the coach and things usually improve in the second season. I think this year we will have opportunities to fight for and win big trophies,” he said.

Asked whether Barcelona had the squad to go the distance this season, De Jong replied in the affirmative, while also stressing on the importance of the balance between youth and experience. “That mix is very important, we have people with a lot of experience and quality, young players with a lot of talent and a desire to show it,” he added.

While he was unwilling to commit where Barcelona would finish in the new season, the 24-year-old insisted that fans had every reason to be optimistic about the club’s chances. “It’s difficult to know, but we have a really good squad this year and we will fight for everything. You always have to be optimistic. Barça fans can be optimistic.”

Heading into the new season, there had been quite a few speculations surrounding the future of manager Ronald Koeman. However, Barcelona decided to stick by the Dutchman, which De Jong admitted, was a relief. “I am very happy about that, yes,” he exclaimed.

Asked what the manager had asked of him ahead of the upcoming season, the midfielder said: “My relationship with the coach is very good, I know him from the national team and he asks me to take responsibility and to improve every year. Nothing else.”

De Jong was united with Netherlands teammate Depay at Barca this summer, with the forward arriving on a free transfer. The 24-year-old gave his two cents about the new signing, insisting that he had the quality to improve this team further.

“For me, Memphis is a player with a lot of quality, he can give us a lot because he can run at players, he scored goals, sets goals up, works for the team. I think he improves the squad,” he said.

Speaking on his fellow Dutchman’s adaptation to the new environs, De Jong said: “Memphis is good with the group and the group are good with him. He’s integrating well. In addition, it’s easy when you play well, that helps a lot. I think he will adapt quickly, he’s a quality player. He’s going to be good.”

The two already showed signs of a budding partnership in the friendly win against Stuttgart, with De Jong setting up Depay’s stunning goal. And the midfielder insisted that he hoped to continue helping his new teammate, saying: “I hope I can give him a lot this season. He has quality and I hope he shows it.”

The future is bright

De Jong was then asked for his thoughts on the youngsters that were coming through at Barcelona. Nico Gonzalez and Gavi have been very impressive in the preseason so far and the 24-year-old was complimentary of the crop of youth talent that the club have at their disposal.

“I know Nico a little because I saw him play a few games for the B team, but it’s true that all the youngsters have a lot of quality,” he said.

Quizzed about the impact Gavi was making despite being just 16 years old, De Jong said: “When you have quality, you can play in every team. Of course at that age you’re still improving, growing, but they have a lot of quality and I see them playing in the first team already.”