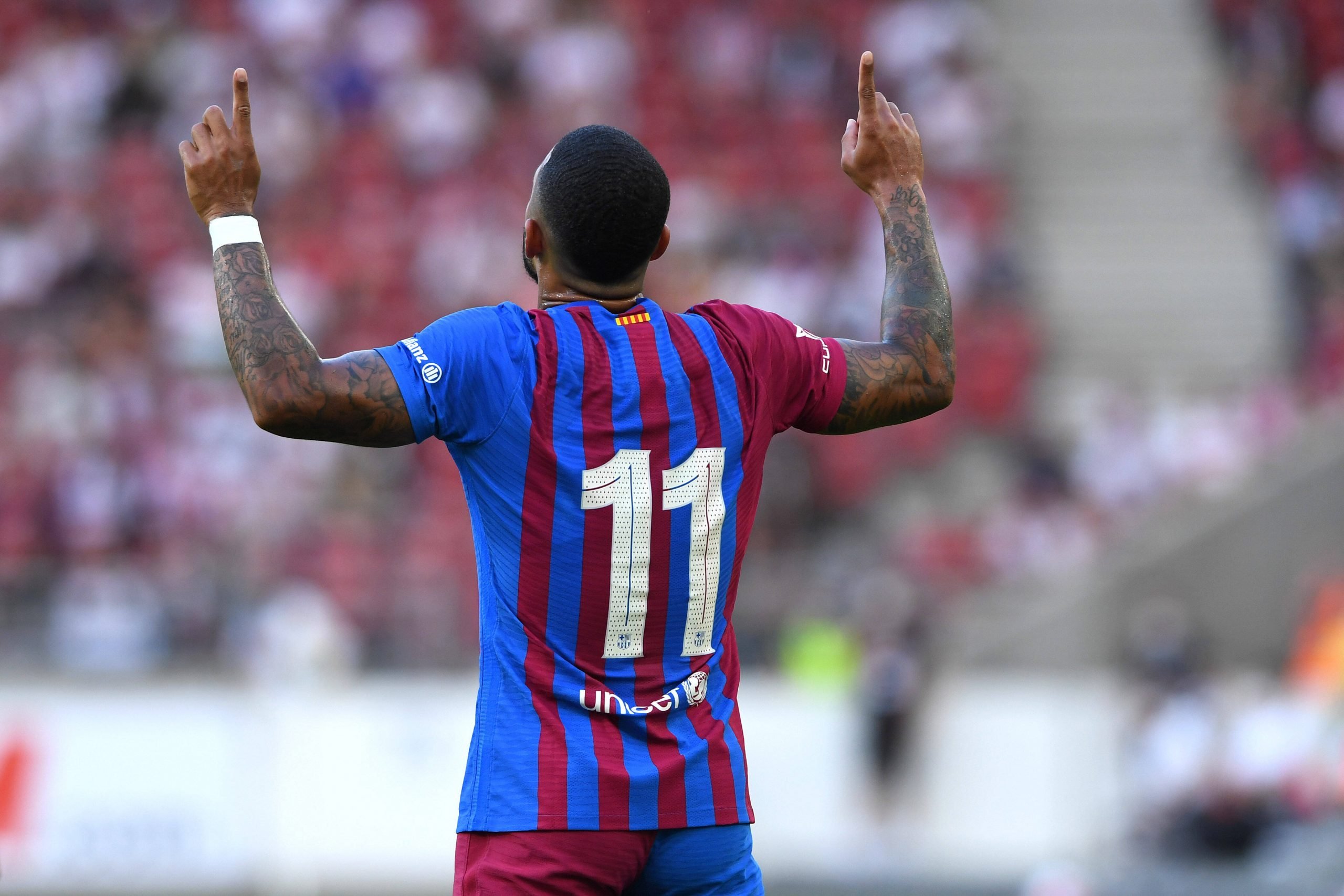 Memphis Depay seems to be settling quite well at Barcelona.

The Netherlands forward arrived at the club on a free transfer this summer and is already looking like a top addition. Having made his unofficial debut in a pre-season friendly against Girona, Depay had gotten his first goal for Barcelona from the penalty spot.

And, the ex-Manchester United forward has followed it up with yet another goal, a much more spectacular one against VfB Stuttgart, as he goes about announcing his arrival at Barca.

MEMPHIS DEPAY WHAT A GOAL 🔥 pic.twitter.com/QmFScysux2

Taking on the German outfit in a pre-season friendly, Depay, and fellow Dutchman Frenkie de Jong combined to produce a quality goal on Sunday to put the Blaugrana in front in the 21st minute.

De Jong played a brilliant long ball from just inside the opposition half to take out the entire Stuttgart defence and find Depay’s brilliantly timed run. Then it was all class from the Dutch forward, who first brought the ball under his spell with a fine touch, then flicked the ball past an onrushing defender before volleying it into the back of the net.

It was a display of some sublime skill and footwork from Barcelona’s newest signing. And certainly, fans, even those who were not entirely thrilled by his signing, will be getting excited by the start the Dutchman has made, even though these are just friendly encounters.