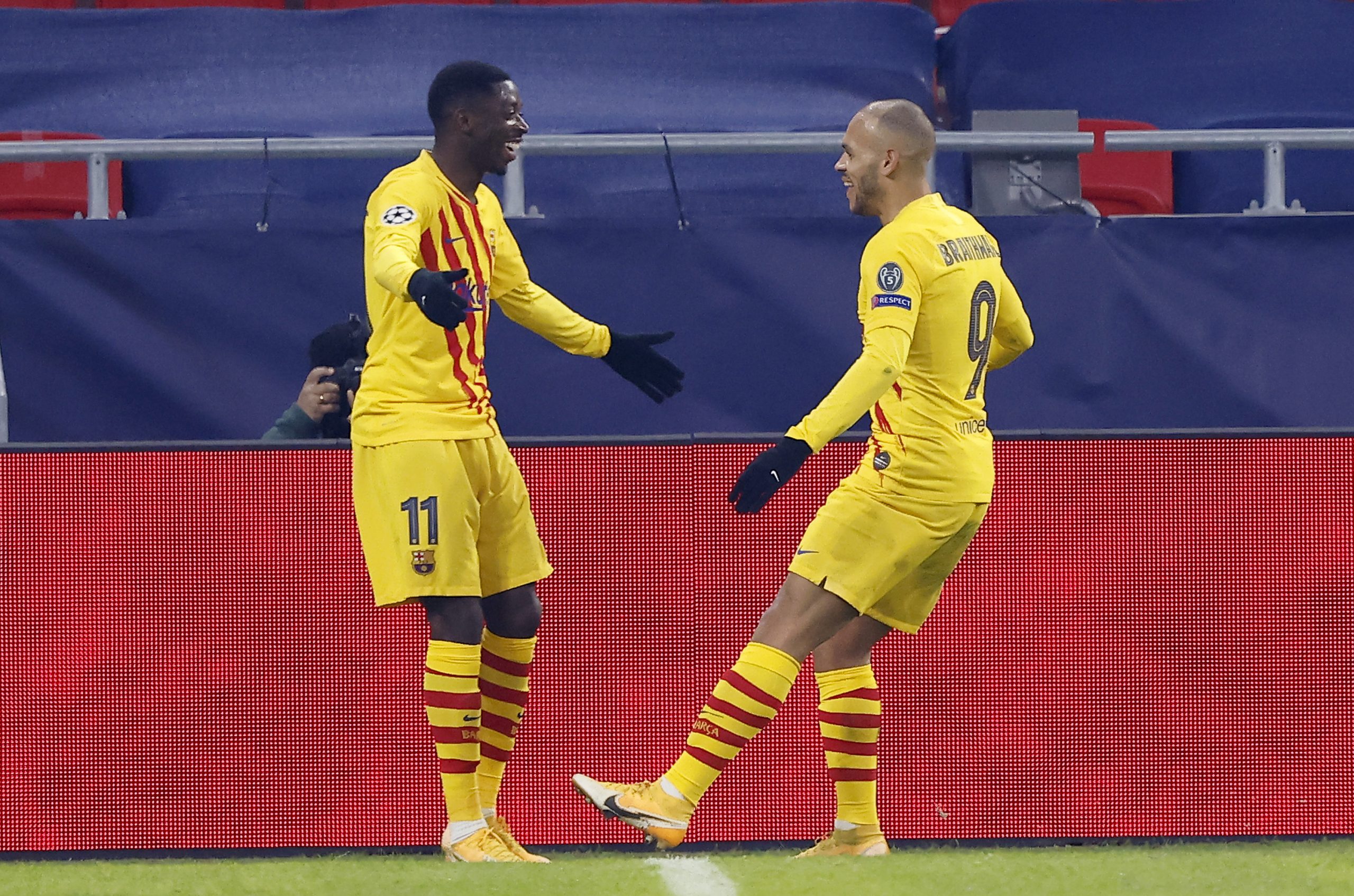 The 31-year-old Danish international left the Blaugrana this past summer, opting to join local rivals Espanyol after negotiating the termination of his contract with Xavi Hernandez’s side.

Braithwaite did not leave Barça on good terms as he had a falling out with the fans as well as the club due to his reluctance to leave after being told he was no longer a part of the team.

While things might have soured between the player and the club, Braithwaite still holds his former teammates in high regard, as he waxed lyrical over Ousmane Dembele, even stating that the winger can be a bigger difference-maker for Barcelona than Robert Lewandowski.

“Dembele is very good. I like him a lot. He has a huge talent. I have never seen someone with his talent. I’m serious. Leo Messi is something else, but after him, I haven’t seen any player like Dembele. The boy is special.”

“Dembele individual talent has more impact than that of a player like Lewandowski, individually speaking. Ousmane is incredible. A good player and a good person.”

At the same time, though, Braithwaite also had words of praise for Lewandowski, lauding the Barcelona new arrival’s prolific nature in front of goals.

“Lewandowski scores a lot of goals, I am happy for him, he is a great professional. I wish him all the luck so that he has a very good season, but now I am looking to win at Espanyol,” he said.

Braithwaite had joined Barcelona from Leganes in February 2020 as an emergency signing after a series of injuries at Camp Nou. He made 58 appearances for the Blaugrana in which he netted ten goals. Since joining Espanyol, he has already scored once, on his debut.