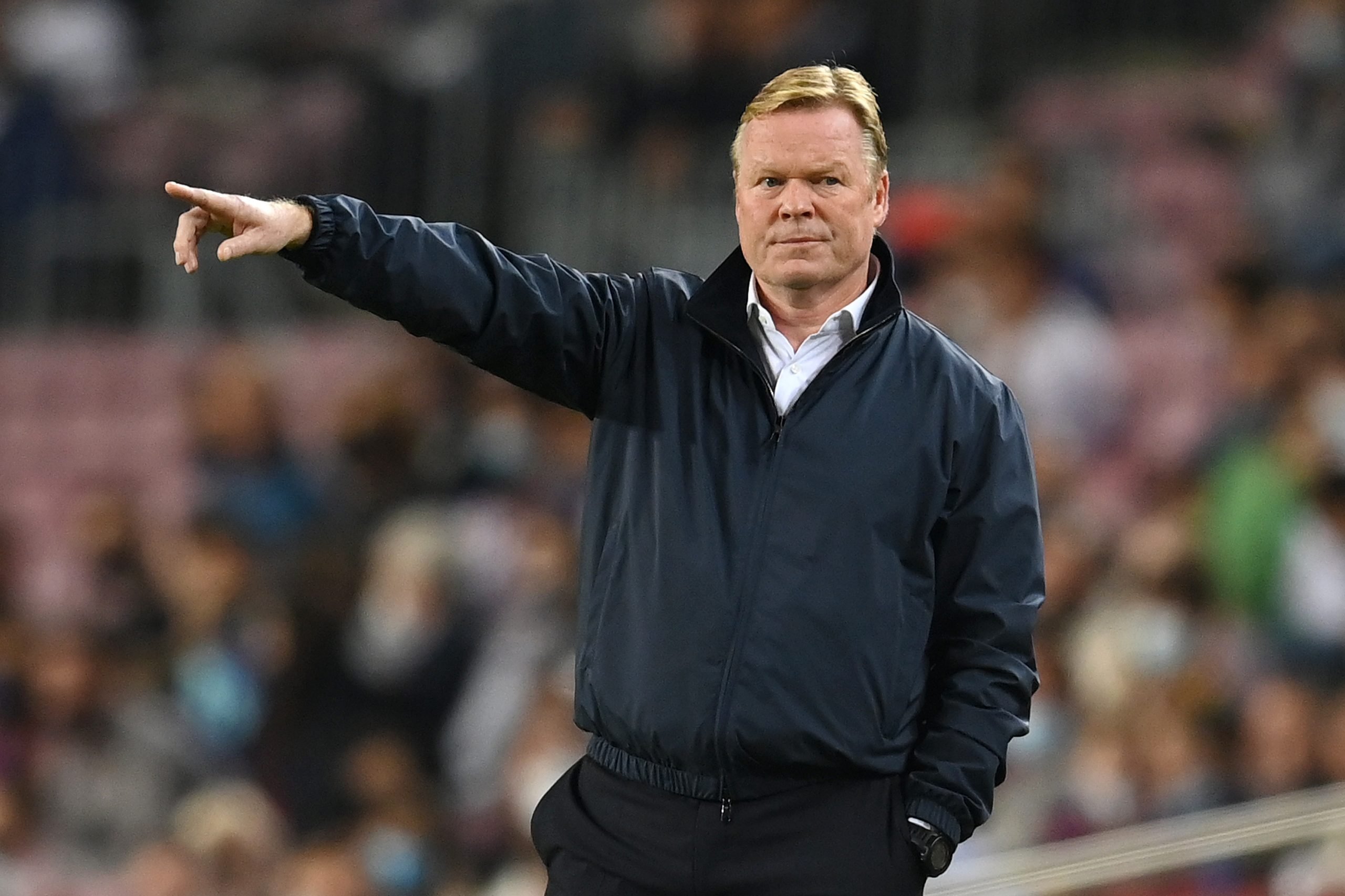 Former Barcelona manager Ronald Koeman has revealed that he has been in constant touch with Frenkie de Jong of late and that the midfielder’s clear intention is to stay at Camp Nou.

A subject of intense interest for Manchester United, de Jong, 25, is said to be closer to leaving for the Premier League club. All that differentiates Man United and Barcelona are the figures of the variables.

It is understood that the two teams have settled on an initial €65 million fee for the midfielder with the remaining €20 million to be paid in add-ons.

While United are willing to pay the mentioned €65 million right up front, the structure of the add-ons is still in transit.

Speaking during the press conference of the Koeman Cup golf tournament, the former manager said, “I have a lot of contact with Frenkie. I know his situation,” he was quoted as saying.

“He has said it himself, he wants to stay. His intention is to stay at Barça and nothing else. That’s all I know,” he added.

Koeman also shed his opinion on Memphis Depay’s Barcelona tenure, saying that while he did manage to put on a decent impression, the subject of his future is something that only Xavi can study.

“He came last year for free from Lyon. He has proven to be a great player and I think he is made for Barça, that’s why we signed him. It depends on whether Xavi wants him or not, but for me he is indisputable,” he said.

Also speaking about Robert Lewandowski’s potential move to Barcelona, Koeman said that despite being 33 years of age, the Bayern Munich forward can still be a valuable addition to the team.

“He is 33 years old, but I think in the last few years he has always shown that he is a great goalscorer and to win important things you always need someone up front who can make the difference with goals.

“In that sense, if Lewandowski is still at his level, which I think he is, he can be very important,” said Koeman.

“Laporta is trying to do his best for this Barça. He has also found out that there is a complicated situation.

I want the best for Barça and for the president. The relationship is normal, we had our things, but I think we are already too old to think that every day is like this. It has been my stage and I am happy to return in January as a coach. Each one takes his own path,” said Koeman.

“I have always gotten along very well with Bartomeu, I think he has been a very good president for this club. Of course, he has done his things, he has won his titles, but I don’t know exactly what has happened in recent years economically,” Koeman concluded.