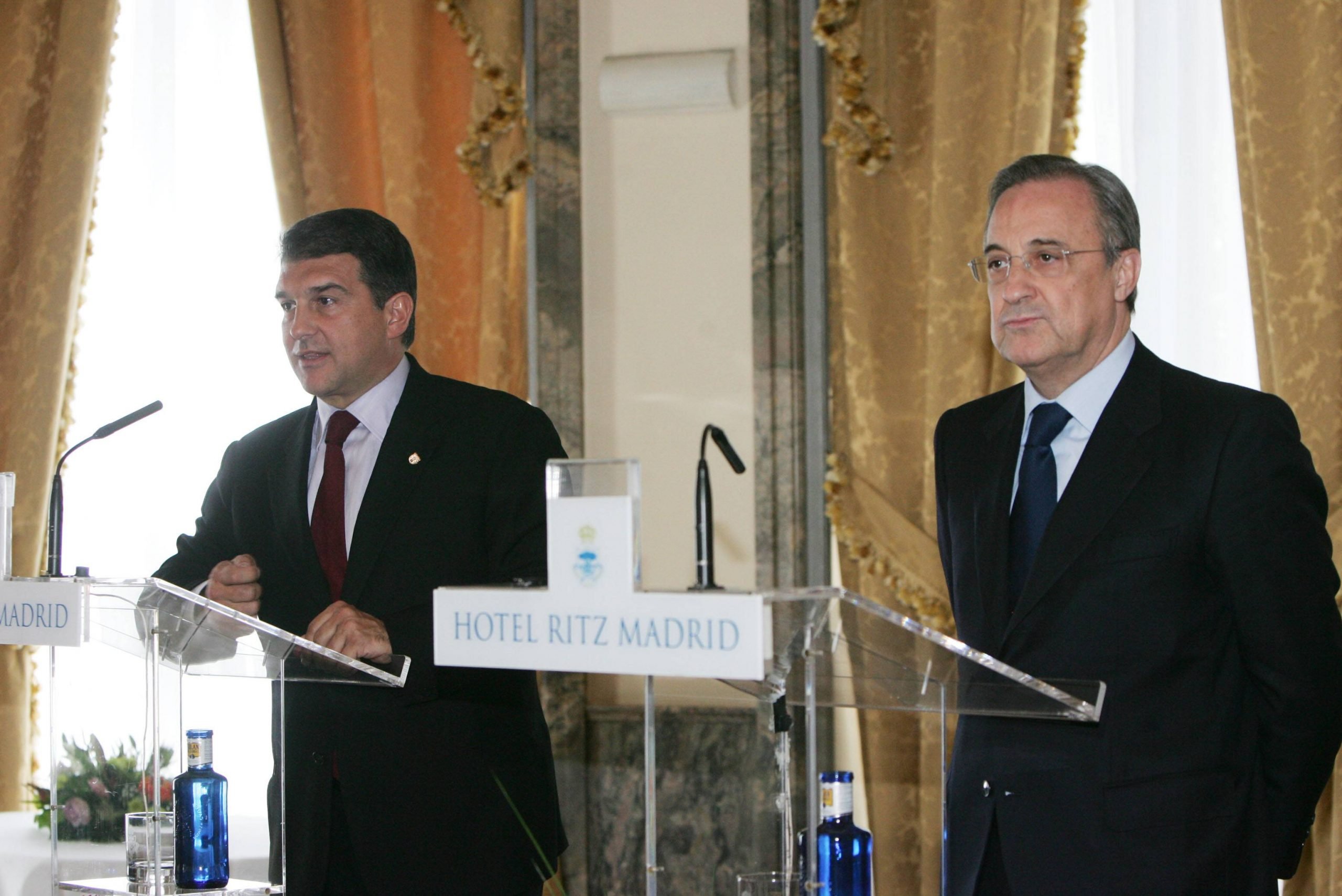 In light of recent news regarding the European Super League, the entire world of football has seemed to take a united stand against it. Real Madrid president Florentino Perez, the chairman and key propagator of the whole project, on the other hand, believes it is a crucial step forward for the sport and it will “save football.”

In an exclusive interview with El Chiringuito, Perez spoke about the Super League, the thoughts behind it and even the founding members’ thoughts. He also included a statement saying, Barcelona president Joan Laporta will soon speak about the project himself.

It is no surprise that Barcelona’s financial crisis has left them in a precarious position, and despite Laporta’s initial stance against the project, he seems to have come around on it. However, the Super League is something that is being widely opposed for a number of valid reasons.

READ: Have Barcelona been backed into a corner by the European Super League?

In the world-breaking interview, Perez stated that football was stagnating and that this revolution will help clubs regain lost income due to the pandemic that has affected everyone. He then spoke about Laporta as well.

“It wasn’t hard to convince Laporta, that doesn’t happen when you speak with responsible people. Barcelona are going through a bad situation financially and know that this is the future. Financially, it saves everyone, it saves football,” said Perez.

The Real Madrid president also added: “If I had to, I would leave my duty as Super League president for Joan Laporta to take over tomorrow.”

He then explained that Laporta will also explain the stance of all the founding clubs and make a public appearance to discuss the European Super League today on the 20th of April.