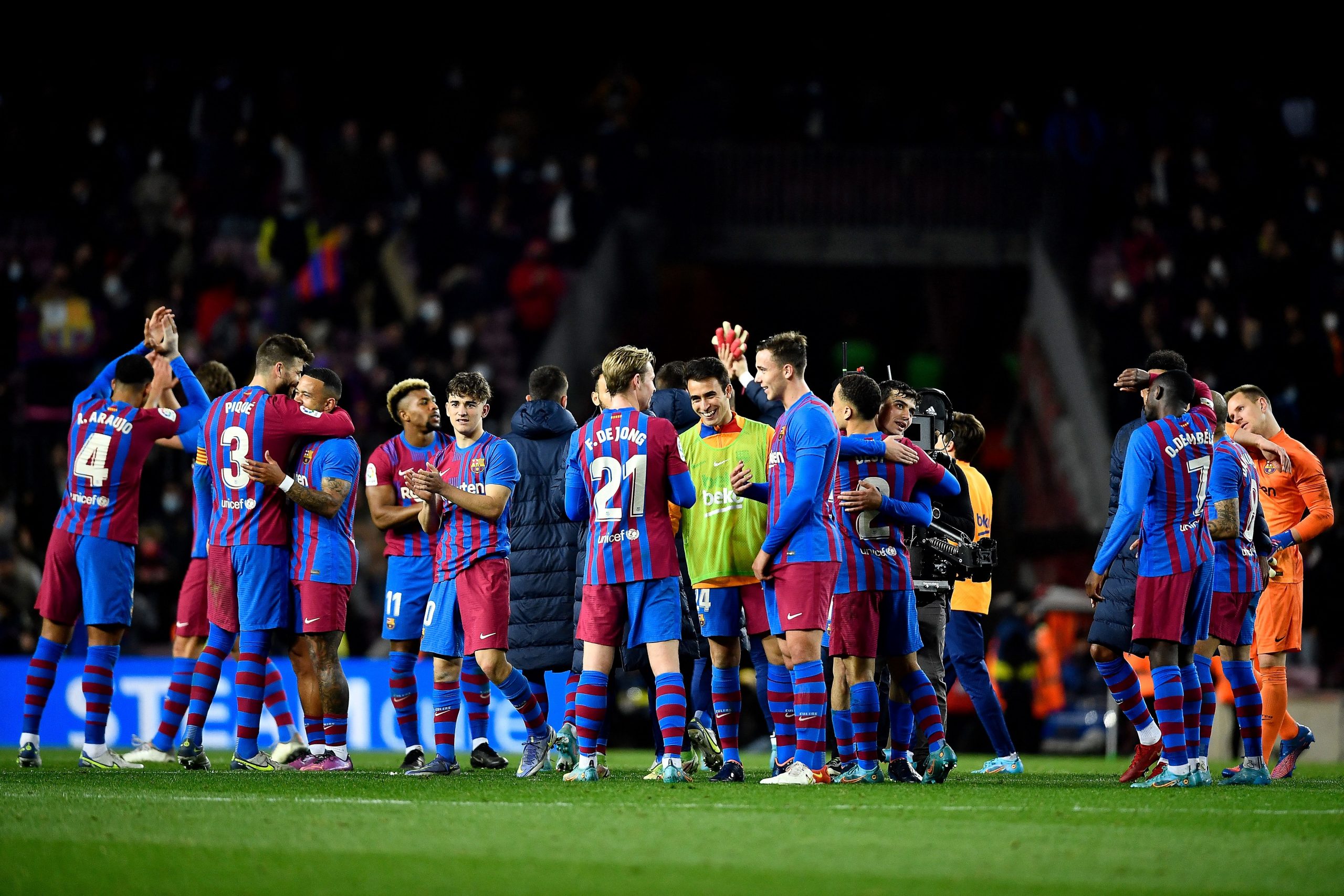 Following their accomplishments in Europe against Napoli in midweek, Barcelona returned to La Liga action on Sunday night and carried on from where they had left off, plundering four goals past Athletic Club to seal another emphatic victory.

A first-half goal from Pierre-Emerick Aubameyang, coupled with strikes from substitutes Ousmane Dembele, Luuk de Jong and the returning Memphis Depay wrapped up yet another well-deserved win for the Blaugrana taking them back into fourth place in the table.

It was a dominant display from the Catalans, which left manager Xavi Hernandez pleased to no end. We now take a look at five standout statistics following Barça’s resounding victory at Camp Nou.

Athletic Club manager Marcelino would have come into Sunday’s clash in a positive frame of mind after having held Barcelona to a draw in the reverse fixture and then beaten them in the Copa del Rey earlier this season.

However, his side was on the receiving end of a trouncing at Camp Nou, which now means that Marcelino has never beaten Barcelona in La Liga. He has faced the Blaugrana 20 times, losing on 13 occasions.

Barça are the only opponent he has not beaten out of the 38 he has faced in the competition.

A hat-trick of wins for Barça

Back-to-back draws against RCD Espanyol and Napoli earlier this month raised some concerns among the Barcelona faithful. But the Blaugrana have bounced back from those results in some style.

Having first beaten Valencia 4-1 away from home in La Liga, Barça thrashed Napoli 4-1 in Italy in the Europa League to secure qualification to the Round of 16. Building on that display, the Catalan giants went on to defeat Athletic Club 4-0 in yet another convincing performance.

It means that Barcelona have won three games in a row for the first time this season.

Apart from winning three games on the bounce for the first time this season, Sunday’s 4-0 win over Athletic Club also marked the first occasion since 2017 in which Barcelona have scored 4+ goals three games in a row.

The three games in 2017 in which the Catalans’ netted four or more in a row were Luis Enrique’s final three in charge of the team.

The force is with Luuk

Luuk de Jong, after having been marginalised upon Xavi’s appointment, has done tremendously since the start of 2022 to make himself a valuable player for the team.

The towering Dutchman was on target against Athletic after coming on as a sub, flicking a deft header into the back of the net from Ousmane Dembele’s cross. He has now scored four goals in his last six La Liga appearances.

In the process, Luuk de Jong has also become the first Barça player to score 4+ headed goals in a single La Liga season since Luis Suarez in 2015/2016. A certain Ronald Koeman will surely be smiling smugly.

With the presence of players like Gerard Pique, Ronald Araujo, Pierre-Emerick Aubameyang inside the opposition box, Barcelona are bound to be a threat from indirect set-pieces.

And it showed on Sunday when Pique powered a header onto the crossbar from a corner before Aubameyang was at hand to put away the rebound to hand the Catalans the lead in the first half.

That strike meant Barça have now scored from an indirect set piece in each of their last three home games in La Liga, with Aubameyang following in after strikes from Ferran Jutgla against Elche and Ronald Araujo versus Atletico Madrid.