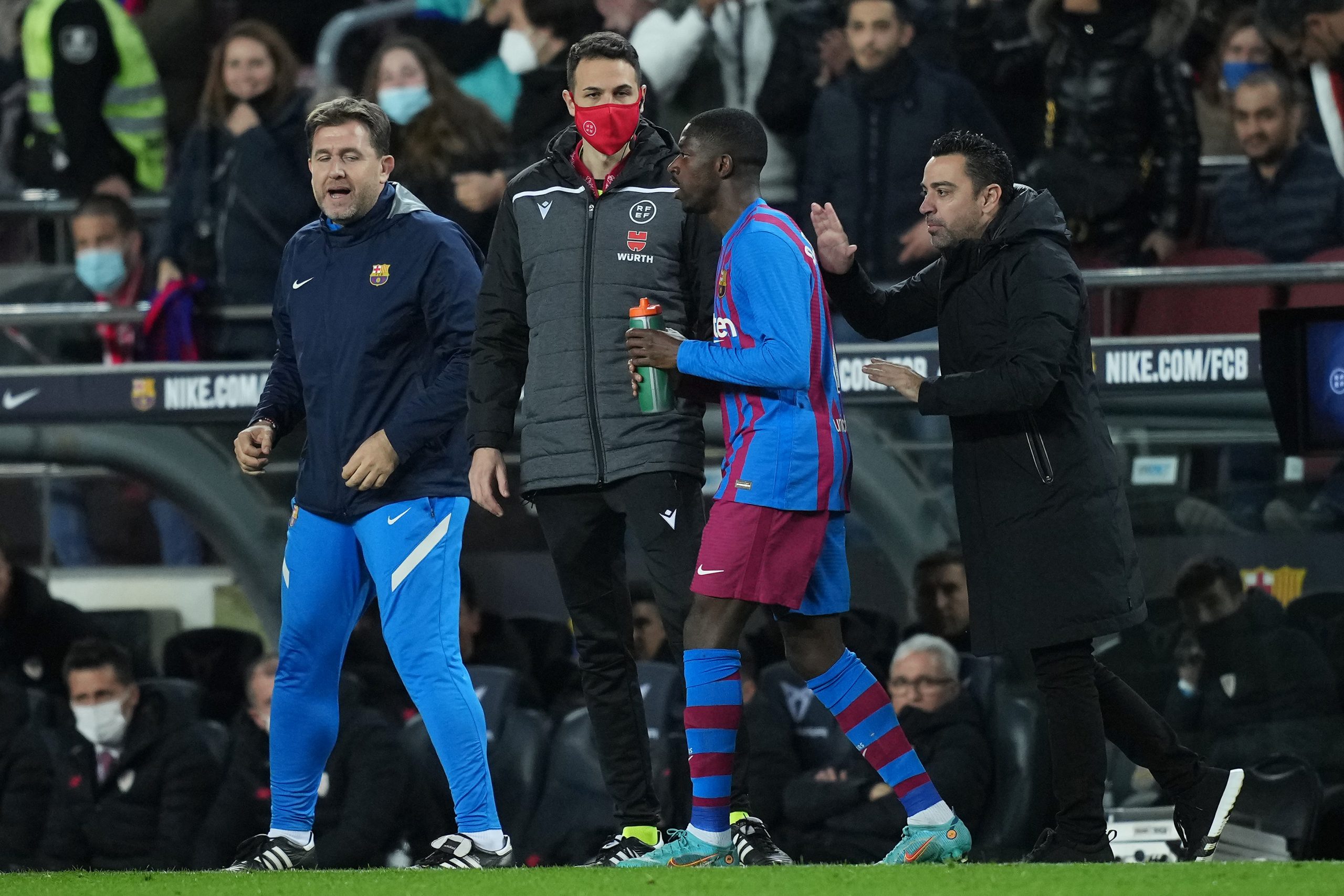 Xavi Hernandez will be a happy and a proud man after he saw his Barcelona team hit four goals past a usually solid Athletic Club side on Sunday night, while not conceding any.

The 42-year-old has been working hard to take Barça back to where they belong and if recent results are anything to go by, it would be safe to say that he and his team are headed on the right track.

The manager was delighted by the victory against the Basque club which saw his side move back into fourth place after Atletico Madrid had usurped the spot on Saturday.

Xavi’s thoughts on the performance

Speaking of the performance, Xavi said (h/t BarcaTV+): “Of course, I was expecting this change because we’ve been working on it for a long time.

“Today it cost us, we scored three goals in the final part of the match, but we were very solid, hardly conceding any chances. Great result, very good feelings and humility.”

“We have players with goals now, those who have returned also score, like Memphis, today is all good news… Scoring four against Athletic, a very solid team is not easy at all.”

“Things are going well. We started winning and playing as we wanted. That’s what I want! Every game at the Camp Nou is like a party for me and the fans,” he further added.

Xavi also stressed on the fact that the team did very well to create as many chances as they did against a team like Athletic, who can be tough to break down.

“It has been difficult for us to generate lots of chances. Physically speaking, they’re the rival who have the best data in the category and it’s difficult to score four against them. We have not conceded a goal and, in general, we are happy,” he said.

The manager was also pleased with the off-the-ball work from the team, saying: “The defensive line is getting higher because the pressure after possession loss is getting better. These are habits that had been lost.”

Responding to Marcelino’s comments that Athletic did not deserve to lose by a four-goal margin, Xavi said: “Marcelino may be right about the big score. The goals come at the end. But we dominated the whole game, we were much better.”

Pedri was at the heart of everything positive Barcelona conjured up against Athletic at Camp Nou and Xavi could not stop himself from singing praises of the youngster. The manager even went on to compare the 19-year-old to his former partner-in-crime and club legend, Andres Iniesta.

“Pedri is a wonderful player. He reminds me of Andres Iniesta. Based on talent, I haven’t seen any player in the world like Pedri. He doesn’t like to be praised a lot, but I have to say it out loud,” he said.

“He reminds me of Iniesta, knowing how much he achieved. Based on talent, he is the best in the world.”

“When the ball reaches Pedri, the play is better. He has a great vision of the game and he also has the talent to get out of certain situations. When you expect something and the player does something better than what you expect, I want to say that this player is special,” Xavi added.

Xavi has time and again reiterated that Ousmane Dembele has a key role to play for the team even if his contract expires at the end of the season. And the Frenchman repaid the faith shown with a scintillating display in the second period, scoring a goal and assisting two more.

Speaking of the speedy winger, the manager said: “Today Ousmane showed he can be the best player in the world in his position. But the renewal is up to him.”

On Dembele’s contract situation, Xavi said: “I don’t think we have to talk about Dembélé’s renewal. Let’s talk about his game. And the teams game, the good work we are doing. It’s not the time.”

On some fans again whistling the French forward, he said: “Today there were a few whistles against Ousmane again. The people are free to do what they want. All I can say is that he is a great professional and can be differential for us. I hope they support him.”

At the same time, Xavi also hailed the impact of his two other substitutes, Luuk de Jong and Memphis Depay, saying: “Luuk and Memphis made the difference.”

The manager also had some kind words for Ferran Torres, who was again found wanting in front of the goal.

“Ferran is a player who can score goals. These are dynamics and streaks, but football is not about just scoring goals. It’s also about creating spaces, pressing, reaching the area, being supportive in defence… Ferran contributes all of that and will start scoring goals,” he said.

Finally, Xavi highlighted the importance of having so many options in attack and the flexibility and advantage it provides to the team, saying:

“We have a lot of talent in attack, a range of possibilities that we didn’t have two months ago… Everyone is supportive, we play with a very high block in which everyone works and that helps a lot.”