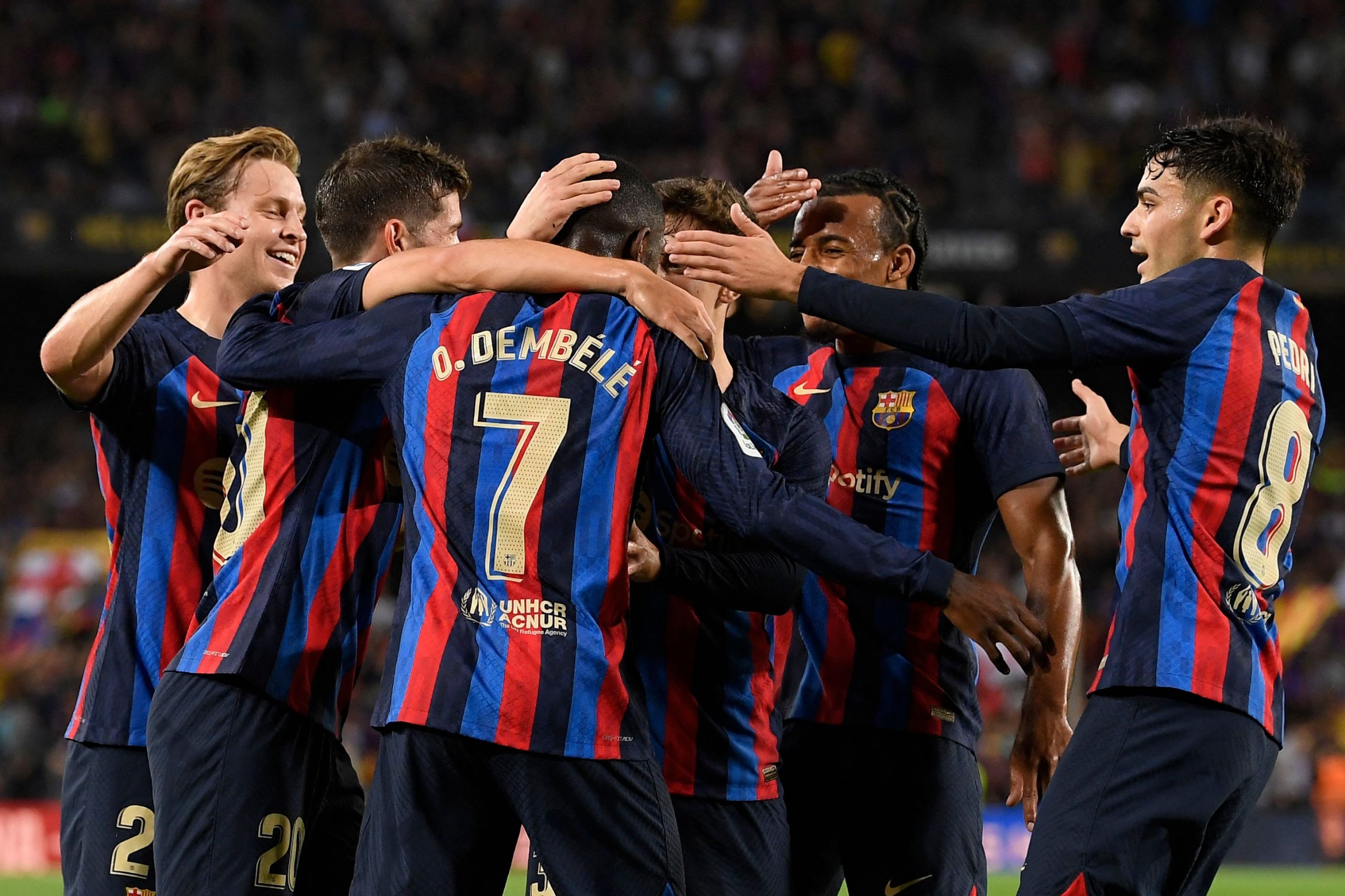 The game was done and dusted in the first half itself, thanks to goals from Ousmane Dembele, Sergi Roberto and Robert Lewandowski. Ferran Torres had time to score the fourth in the second half to add more sheen to the scoreline.

It was yet another important step in the right direction for Barça after the way things had gone in the previous week.

While everyone involved put in strong performances, it was Ousmane Dembele who stole the show for Barcelona on the night. Apart from scoring a goal, the Frenchman assisted the remaining three that his team scored against the Basque Country outfit.

With a goal and three assists, Dembele has been directly involved in four goals in a single game for Barcelona for the first time in all competitions (165 games).

The 25-year-old Frenchman also became the highest assist-provided in La Liga this season (5), going past the likes of Rodrygo Goes and Mikel Merino. Meanwhile, Lewandowski, who assisted Dembele for the opener, is the joint second-highest on the list.

While the attack shone brightly, Barça recorded yet another clean sheet in La Liga on Sunday night. The Catalans have not conceded in their last five La Liga home games, the best run under Xavi and the best since a run of 12 matches in a row in 2011 under Pep Guardiola.

In the process, Barcelona also became the first team in La Liga history to keep a clean sheet in 9 of their first 11 games.

The resounding win also meant that three of the last five matches played between Barcelona and Athletic Club have ended in 4-0 victories in favour of the Blaugrana. The Basque club also became the first team to concede 350 goals from Barça in La Liga.