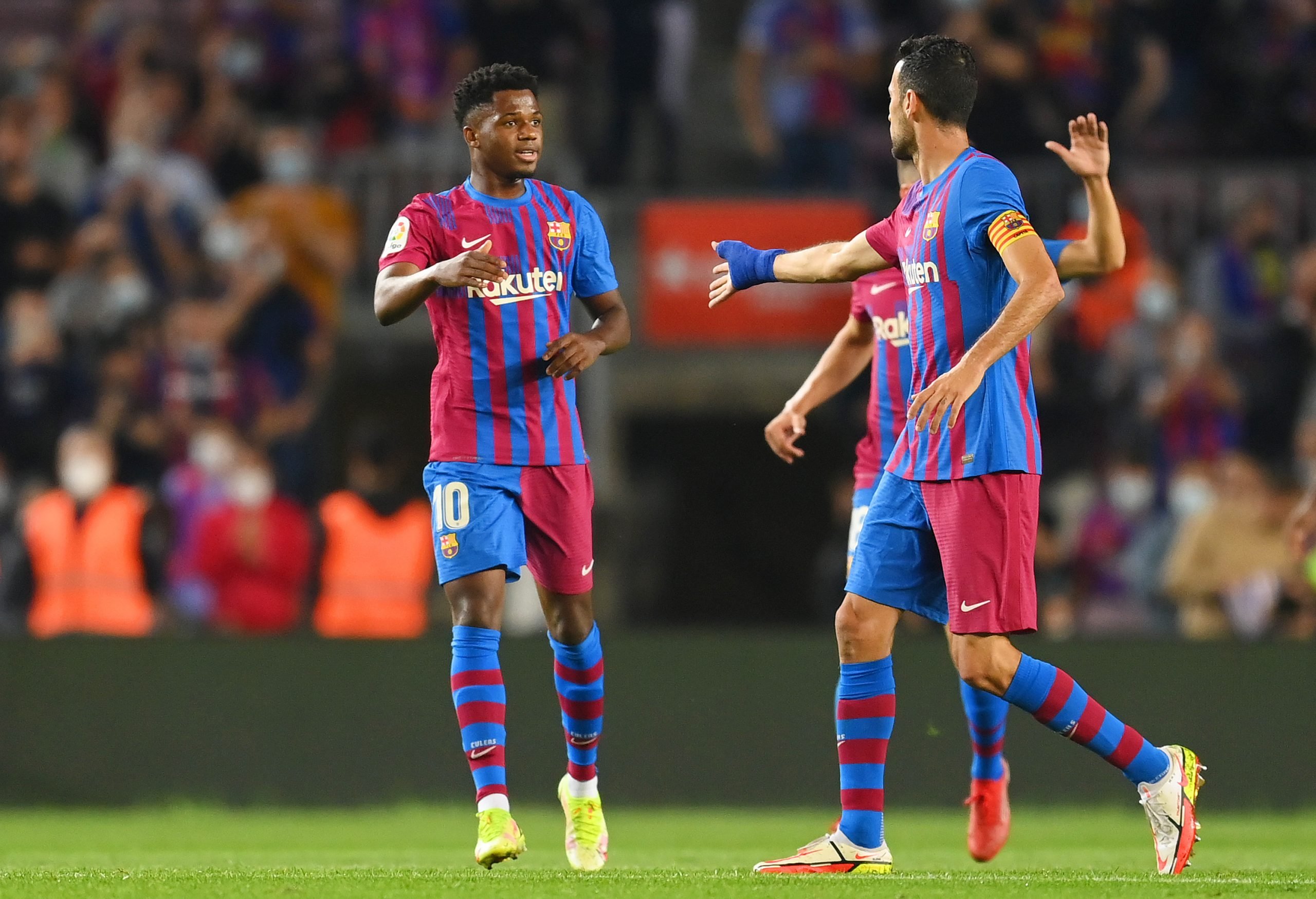 Barcelona returned to winning ways ahead of a tough week as they thumped Valencia with a 3-1 win at the Camp Nou. The home crowd could not have been more delighted as Ansu Fati scored a stunning equaliser, while the team made the most of their chances.

A few numbers stood out from the game, and Barça Universal now runs the rule over the statistics from the night.

Sergio Aguero made his long-awaited Barcelona debut last night, coming on for just over three minutes. His last game in La Liga came more than a decade ago!

Kun Agüero has returned to La Liga more than ten years since his last game on the 21st of May in 2011. Gavi, his current team-mate, was only 6 years old and 289 days.

It’s hard not to mention Memphis Depay, who ran the show last night. He was sensational every time he got the ball, and made the most of it with a goal and an assist.

Memphis has both scored and assisted for the first time with the Barcelona shirt. This is the first time he does this in a single league game at home since August 2019 for Lyon vs Angers.

In fact, Memphis crossed 50 goals contributions in 2021 last night, which now makes him the player with the fourth-most goals plus assists this year. Only Lionel Messi, Robert Lewandowski, and Erling Haaland have more.

Only Messi, Haaland and Lewandowski have more direct goal contributions than Memphis Depay in 2021. pic.twitter.com/kfK4ly2uG6

Despite Memphis’ brilliance, it was Ansu Fati who took home all the love yesterday. Making his first start of the season, the Spaniard scored a stunner in the 13th minute, and then won a penalty in the 40th. A worthy heir of the #10.

Ansu Fati started his first match for Barcelona since November 2020 vs Real Betis.

After his goal yesterday, he's been involved in nine goals in his previous 10 games as a starter in all comps (7 goals & 2 assists). pic.twitter.com/y12iJsE8y5

Jordi Alba etched his name into history books, reaching the top 20 appearance makers for Barcelona with 263, level with none other than Pep Guardiola.

Jordi Alba has entered the list of top 20 players with the most La Liga matches played for Barcelona. He equals Guardiola with 263 Liga appearances. pic.twitter.com/Iy2hrdpt9u