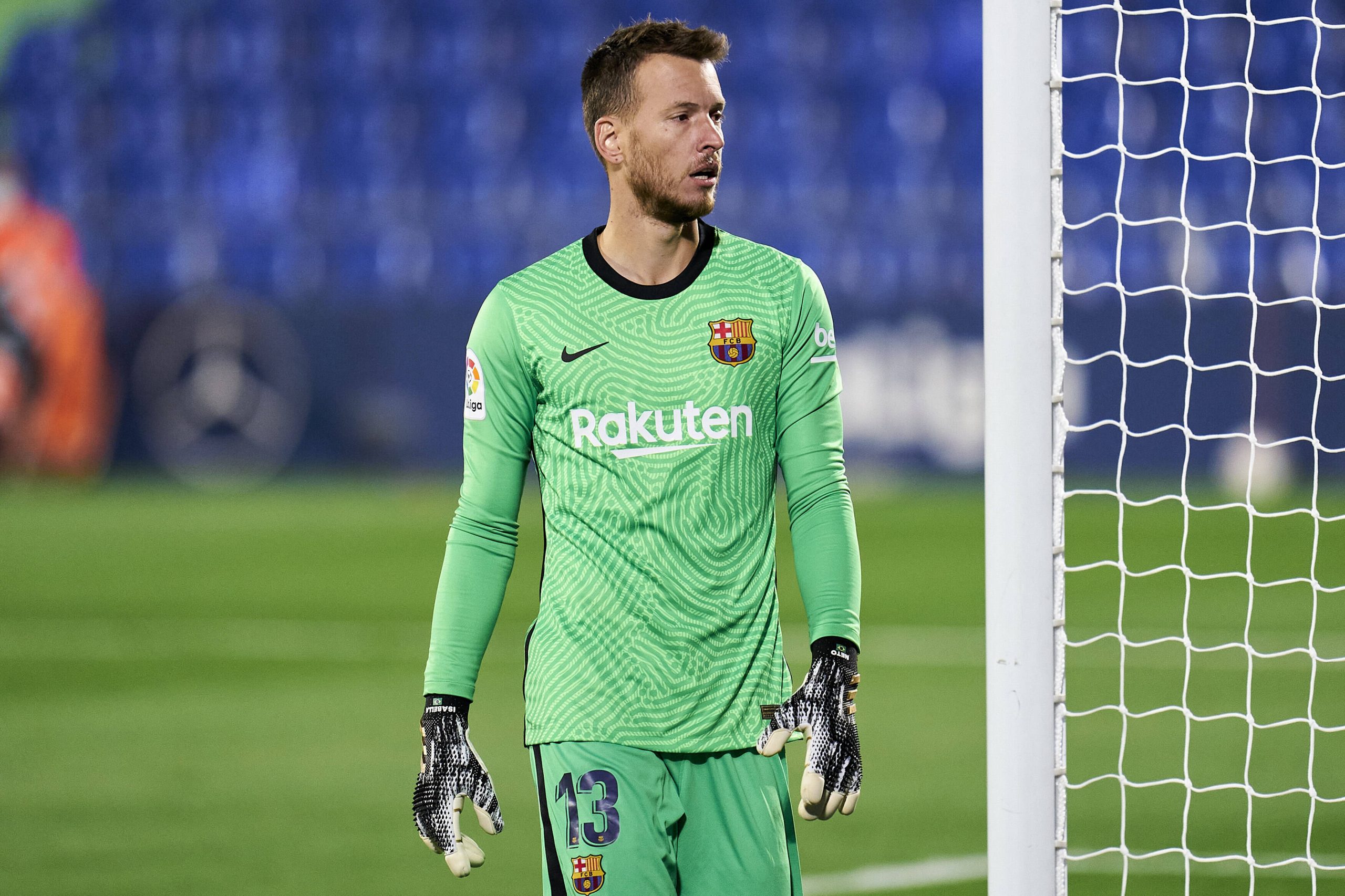 Photo by Angel Perez via Imago

As Barcelona prepare for a summer of restructure at the club, one of the players that is facing an uncertain future is goalkeeper Neto.

The Brazilian shot-stopper arrived at Camp Nou in the summer of 2019 from fellow La Liga club Valencia, in a deal that saw Jasper Cillessen make the switch to the Mestalla. However, Neto, in his two years with the Blaugrana has had to play second-fiddle to Marc-Andre ter Stegen, who is the undisputed starter in goal.

As a result, Neto, to date, has managed just 17 appearances for Barcelona, in which he has kept seven clean sheets. The 31-year-old did get an extended run in the side in the early stages of the 2020/21 season when Ter Stegen was recovering from a knee injury, but hasn’t gotten a look-in since.

Given his situation, Neto made a push to leave Barcelona during the January transfer window, but a move did not come to fruition. However, with the summer transfer window almost upon us, the Brazilian could once again angle for an exit, should an interesting offer present itself.

And, as per a report from Mundo Deportivo, Premier League outfit Everton could be prepared to offer Neto a way out from Camp Nou this summer. The Toffees have expressed an interest in signing the one-time capped Brazilian international, who still has two years left on his contract with Barcelona.

The Catalans are said to be open to keeping Neto at the club as a backup for Ter Stegen. But in case the goalkeeper himself pushes for an exit, the club hope to recoup as much as possible from a sale.

Should he end up leaving, Barcelona will push academy products Inaki Pena or Arnau Tenas into the second-choice goalkeeper role, while a return for former custodian Jordi Masip is also being considered by the club.