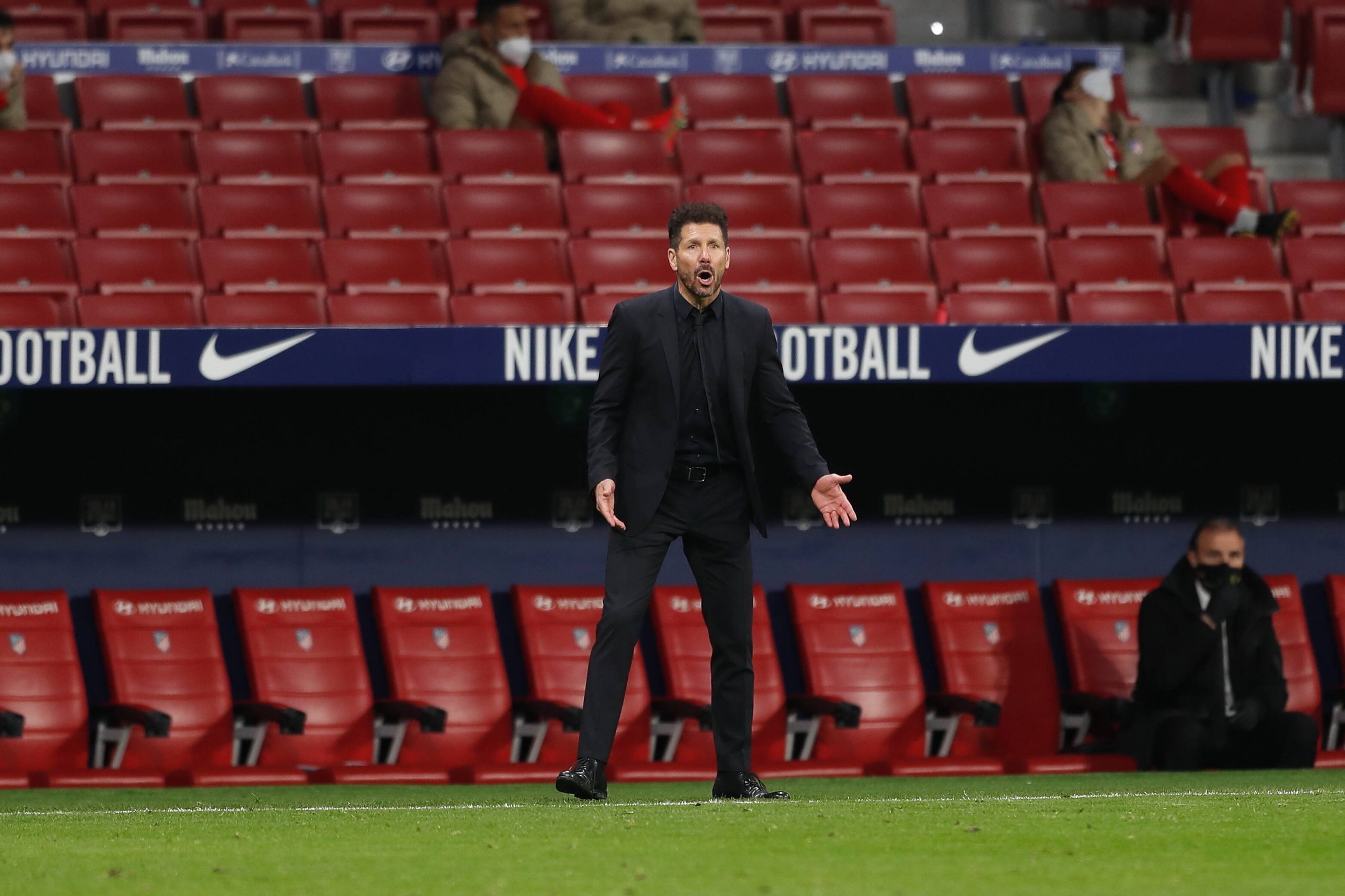 The La Liga title race is well and truly back on. And Diego Simeone is fully aware thereof, when he lamented his side’s wastefulness as Atletico Madrid were held to a 0-0 stalemate away to Getafe. They are still league leaders but the margin for error is rapidly dwindling.

Simeone’s words to the reporters after the match, which have been relayed via Goal, indicate that he is very wary of his chasers Barcelona and Real Madrid. The Argentine said to the press that Atletico will “have to be calmer” in their domestic league conquests this season.

Atletico Madrid are still sitting atop La Liga on 63 points, four clear of second placed Barcelona and six clear of Real Madrid in third. They previously held a much larger lead over their rivals with games in hand. However, recent draws against Getafe, Real Madrid, Levante, Celta Vigo as well as loss to Levante have seen them drop off their initial pace massively.

The door is now open for Barcelona and Real Madrid, especially the former, who have looked very sharp in recent weeks. Simeone has clearly taken notice of it as well, as he said: “People were saying Barcelona were bad and look what they did in Paris. They have a new president and excitement is growing.”

After a promising display against PSG, Barcelona have consolidated their newfound optimism under new president Joan Laporta with a 4-1 rout of Huesca which has propelled them back to second in the table. The Blaugrana sense blood and will have to bring their A-game with some crucial games coming up, especially the El Clasico in April.