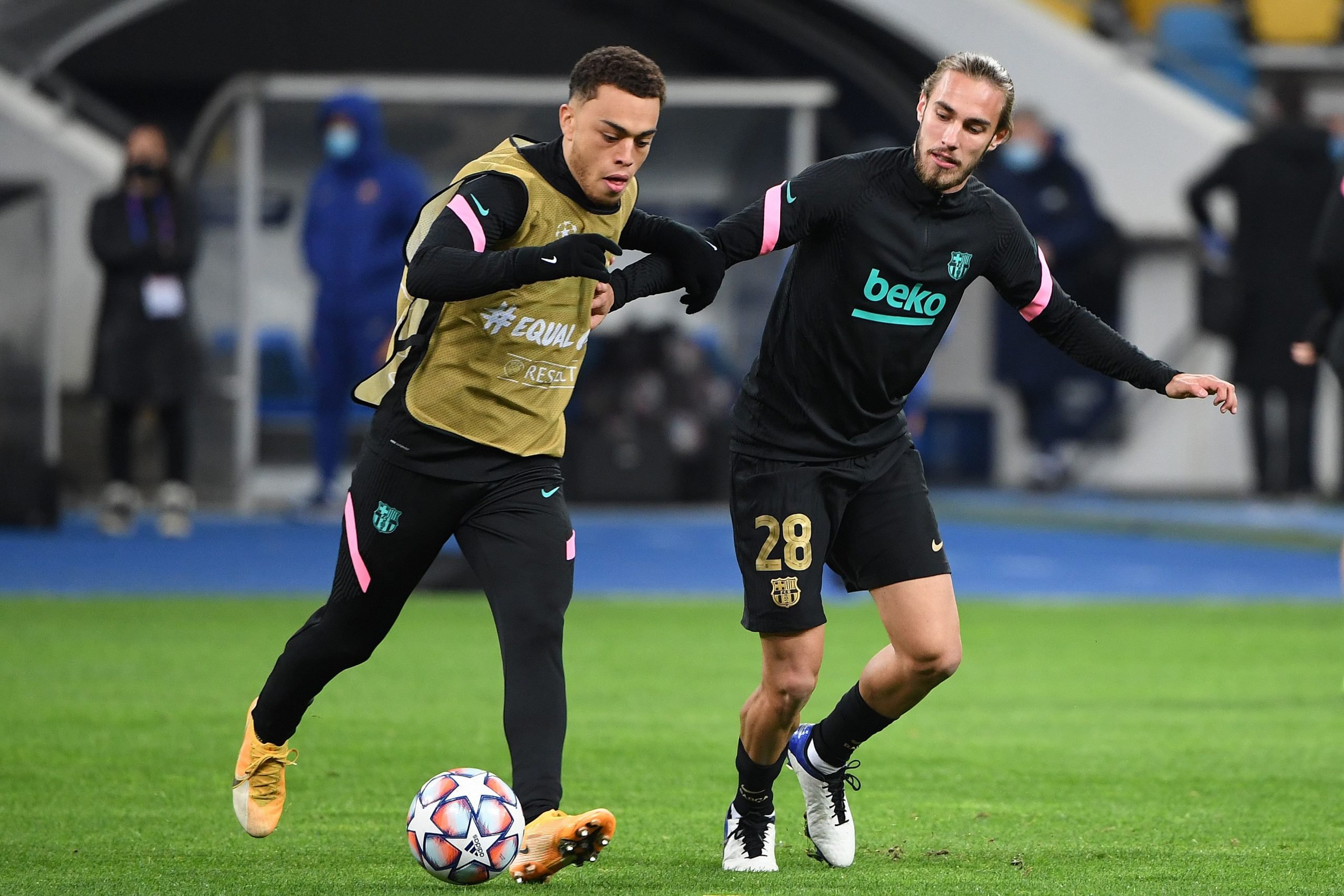 According to the reliable Tot Costa from Cat Radio, Sergino Dest suffers from muscle discomfort and is a doubt on Sunday against Osasuna. Dest was a starter in Barcelona’s triumph over Dynamo Kyiv, in which the Dutchman showed what he is capable of. He scored the opener, and continued to influence the game with a total performance.

Now that the 20-year-old is a doubt, Ronald Koeman could start vice-captain of Barca B Óscar Mingueza, who very recently made his debut with the Catalan club. Mingueza was promising in the centre-back, and Koeman is expected to use him more in the coming games.

Even though Mingueza is originally a centre-back, he is comfortable in every position in the defense. Considering the fact that the options at Barcelona are limited due to injuries, Koeman has basically no other option than giving the youngster another chance — which could very well end up in the Dutchman discovering a La Masia gem ready to be relied upon in the future as well.