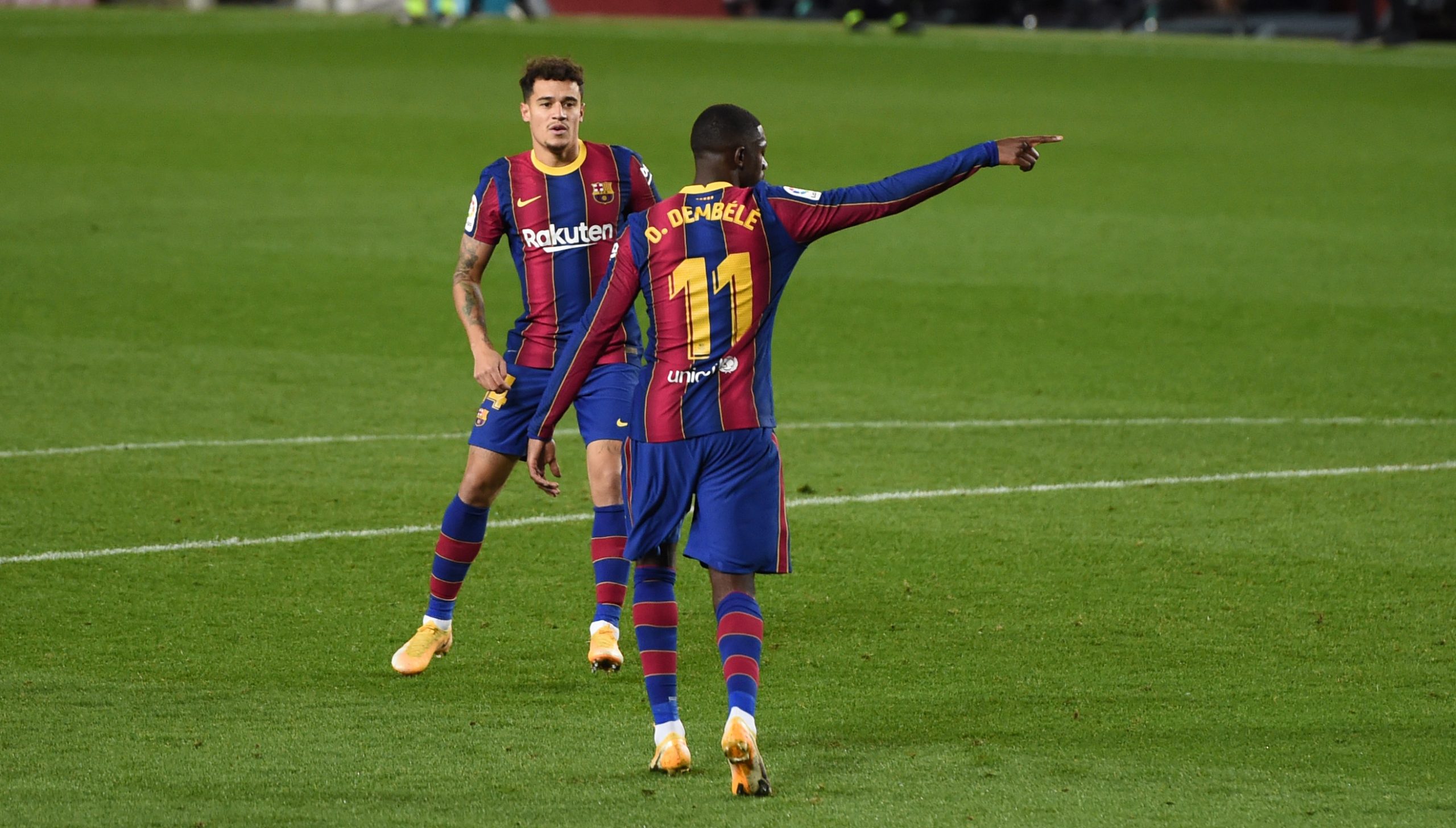 Ousmane Dembélé has experienced many setbacks during his Barcelona career. After a 19/20 season where he barely played, Dembélé blocked Memphis Depay’s transfer to the Camp Nou by refusing to go to Manchester United.

The big-money signing wanted to succeed at the club he supports, Barcelona. This season, Dembélé has been electric and already scored five goals.

The winger now has 24 goals and equalled Ludovic Giuly’s tally for Barça. Now, Dembélé can score more than Thierry Henry, the Frenchman with the most goals for Barcelona, with 49 Blaugrana goals. Both Giuly and Henry won a Champions League playing on the wing for Barça.

The French star has already cemented his place in Koeman’s lineup. His revival season came at the perfect time. Barcelona needed his profile in the lineup, and he has finally come to life at Camp Nou.

After scoring against Juventus, Eibar, Ferencvaros twice and Betis, Dembélé’s next challenge will be scoring against Granada. Away to Athletic Club, the electric winger was unlucky not to find the back of the net or an assist, but he put forward another brilliant performance.

About a month ago, the player was already in contract renewal talks with the Catalan club, according to ESPN. If Dembélé can stay fit, there is no doubt that Barcelona will do everything to tie the player to the club, especially considering how big of an investment he is.