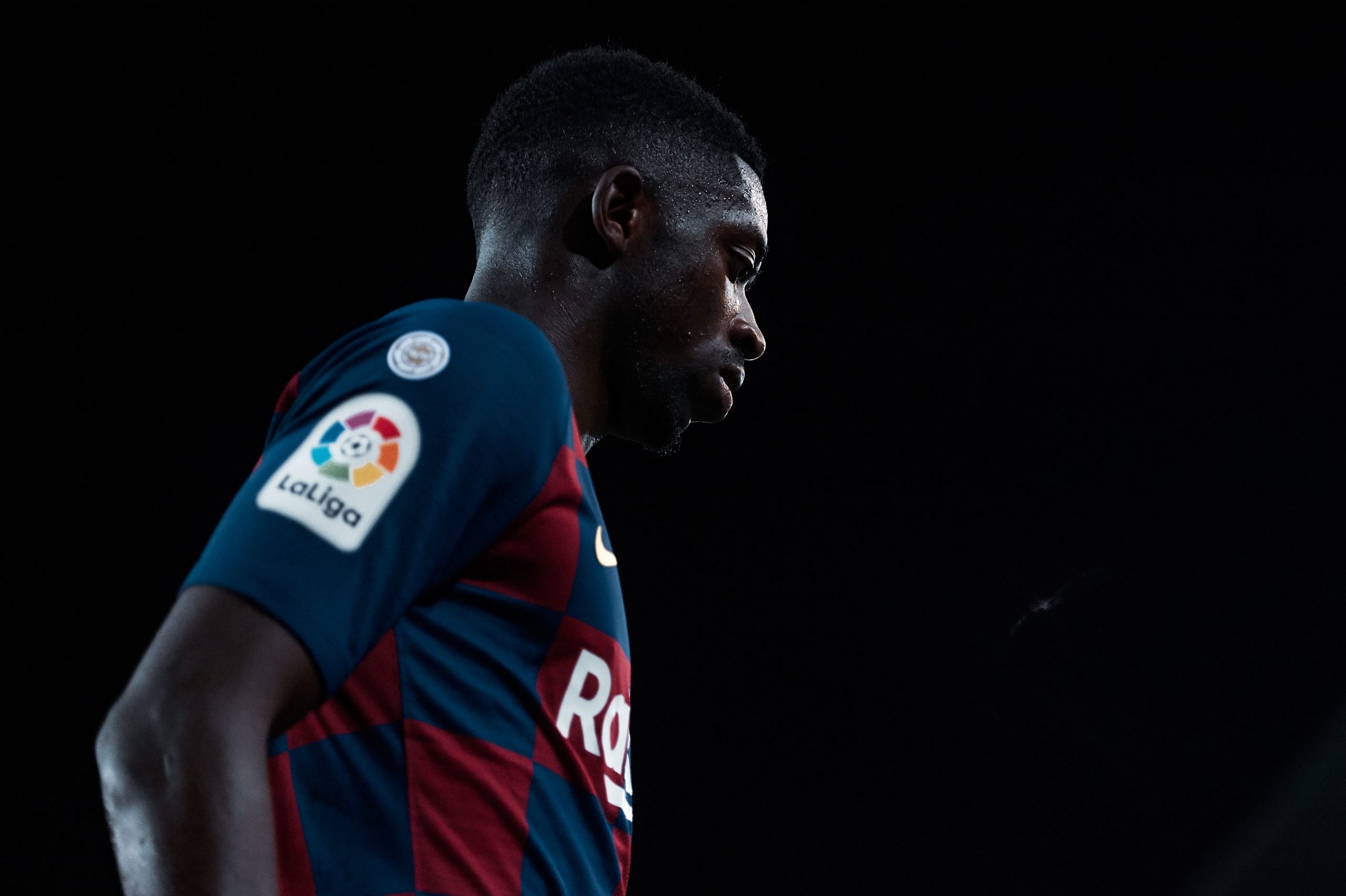 The 19/20 season of Ousmane Dembélé has been helpless and hampered by injuries again. Let’s review it and discuss his future.

This is the fifth episode of a series in which we review the performances of the different Barça first team players, as well as discuss their futures for the next campaign. You can check the series here.

Injuries are the worst event that can happen to a footballer’s career. Worse than red cards, bad diets and paltry runs of form. Injuries destroy players’ fitness and muscles to a certain point of no return where the players can’t sustain the highest level anymore. It happened with Yoann Gourcuff. The Frenchman was incredible at title-winning Bordeaux, but when he jumped ship to go to Lyon, injuries destroyed him to the point where he got injured while walking his dog.

At Barcelona, another injury-prone Frenchman has set foot at the pitch, but this time it’s grimmer than with Gourcuff. Ousmane Dembélé, the 2017 Bundesliga rookie of the year, has had the worst luck with injuries, and while at first he did not seem to care much about his lifestyle, he took care of his body and still got the disbelief of an injury.

It would be cynical and sad to do a review on Dembélé’s 19/20 season, as it is so short and nonsensical. His best of the nine games he played summed up his life as a blaugrana well. Against Sevilla at the Camp Nou in October, he scored a superb goal, with his trademark crochet doing wonders against the Andalusians, and was then sent off moments later. This summarises Dembélé’s culé career well as whenever the Frenchman finds some form by scoring goals, creating chances and dominating the game, he gets halted and disheartened by everything he has endured at Barça.

Another dark season for Dembélé, who hasn’t played a game since November 2019 | Photo by Lluís Gené / AFP via Getty Images

This year has been the worst for Ousmane. After suffering a defeat at San Mamés in the first game of the campaign, he was declared injured, and he did not play a single minute of football until the Villarreal game in late September. A few months later and he would cry off the pitch against Borussia Dortmund after landing awkwardly on his foot. He would not feature for the next few months until February at least. January comes, and Ernesto Valverde gets the boot. Quique Setién keeps bragging about Dembélé and how the former Rennes wonderkid will feel like a new signing in February. February comes, and his luck with injury worsens as this time he gets injured after a training session.

“You have to keep in mind that they are still young kids. Their dedication, from what I have seen, is total and absolute. I have tears when I see the capacity and intensity in which he works. We are delighted with Dembélé. He can be the winter signing.”

Dembélé’s journey with injuries has been a nightmare, and many fans have lost faith in him, understandably so. Ousmane is so good when fit, perhaps one of the best in the league, but he never gets to showcase it consistently. Even when he is on his best form, he gets unlucky with injury and his hope to succeed at the club he admires dies. It was apparent to see against Dortmund when he came off. He cried and covered his face in shame because he knows he hasn’t been good enough with football and injury.

He is the first culé to get frustrated with injuries and what he should hope for is an injury-free campaign where he can showcase all his talents as he did in 2016 for Rennes or 2017 with Dortmund. Thankfully for him, president Josep Maria Bartomeu has declared that the winger is not for sale, and it would be stupid to sell him for a cut-price when everyone knows how much Dembélé can offer when fit.

“Messi is untouchable and non-transferable. Ter Stegen, Lenglet, Semedo, De Jong, Griezmann, Dembélé…players we are counting on in the future.”

After a nightmare season, the young Frenchman needs a fairytale term to make amends with his demons. He has the dedication, as shown in every training session and his actual lifestyle. He has the love for the club which every player needs to succeed. He has the backing of the board and the players. He just needs to fulfil his potential and become the player for whom Barça paid over the odds. Ousmane Dembélé’s story at Barcelona now looks like his 19/20 season. Promise, hope but at the end, dim light at the end of every tunnel as if it was clear he was going to relapse after doing good. Next year, Dembélé goes again and, hopefully, this time, he doesn’t crash painfully.

What next for Ousmane Dembélé?

As mentioned, Dembélé’s luck with injuries has been awful. The ambidextrous winger can play an essential role in a squad that is in deep lack of pace, spontaneity and width. A fit Ousmane can provide that and way more with his intricate passing. Bartomeu has said that he doesn’t intend to touch Dembélé place in the team, and this might give him a mood booster for next year, his last chance to impress at the club of his dreams.