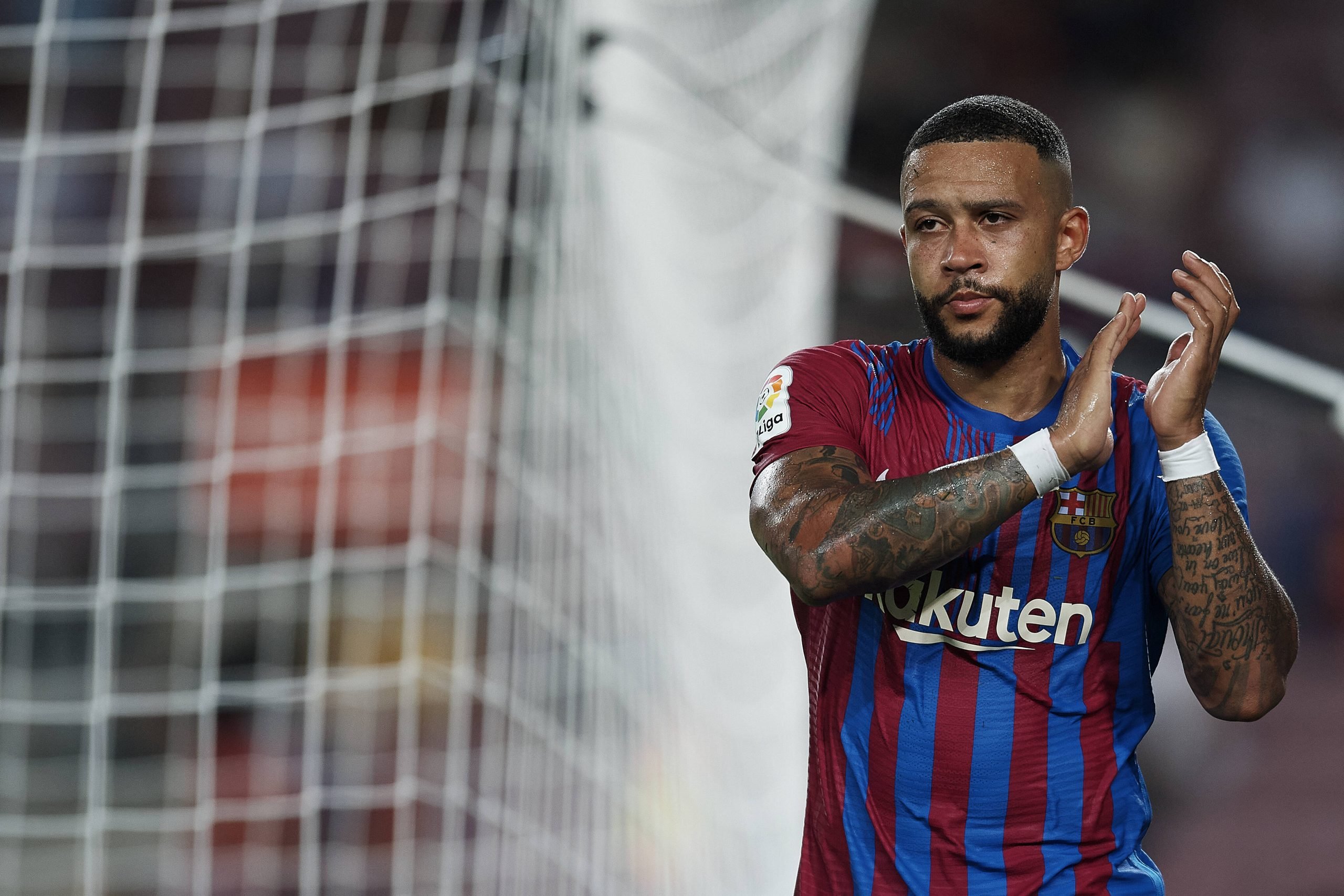 New Barcelona signing Memphis Depay went through the microphones at El Periodico to open up about his arrival in Catalonia, and how he is adjusting to life at his new club in a new environment.

After a scintillating start to his Barcelona career, the Dutchman is already becoming a fan favourite. A wonderful display against Sociedad filled with all sorts of tricks and flicks with an assist for Gerard Pique to add the cherry on top, meant a near-perfect initiation with the Camp Nou crowd.

First, Depay addressed the environment inside the Barça dressing room and named the players who helped him settle after his arrival.

“Everyone has been very nice and they have made it easy for me. Piqué has helped me a lot because his English is good. With Alba I also have a lot of fun. Of course, Frenkie and Dest, because I already knew them. It’s a nice dressing room,” he began.

Of course the question of Lionel Messi’s departure came up in the interview. As any player in the world would be, Memphis was excited to play alongside the great Argentine, but after his renewal unexpectedly fell through, the Dutchman’s expectations are now going to be unfulfilled on that front.

“Messi? I didn’t even get to know him. He came late to the pre-season because of the break after the Copa América and I couldn’t even say hello to him,” added the Dutchman

On his style of play and what he wants to give to the club, he said: “I try to give something extra on the pitch, something important for the team, also joy in the game, that’s why the connection with the fans is incredible. It makes me feel fantastic and I hope it continues. I’ll give everything on the pitch so that they can enjoy.”

To conclude, he elaborated on his relationship with coach Ronald Koeman: “I know what he wants from me, I know what I have to do, there is a chemistry between us and that is very important.”