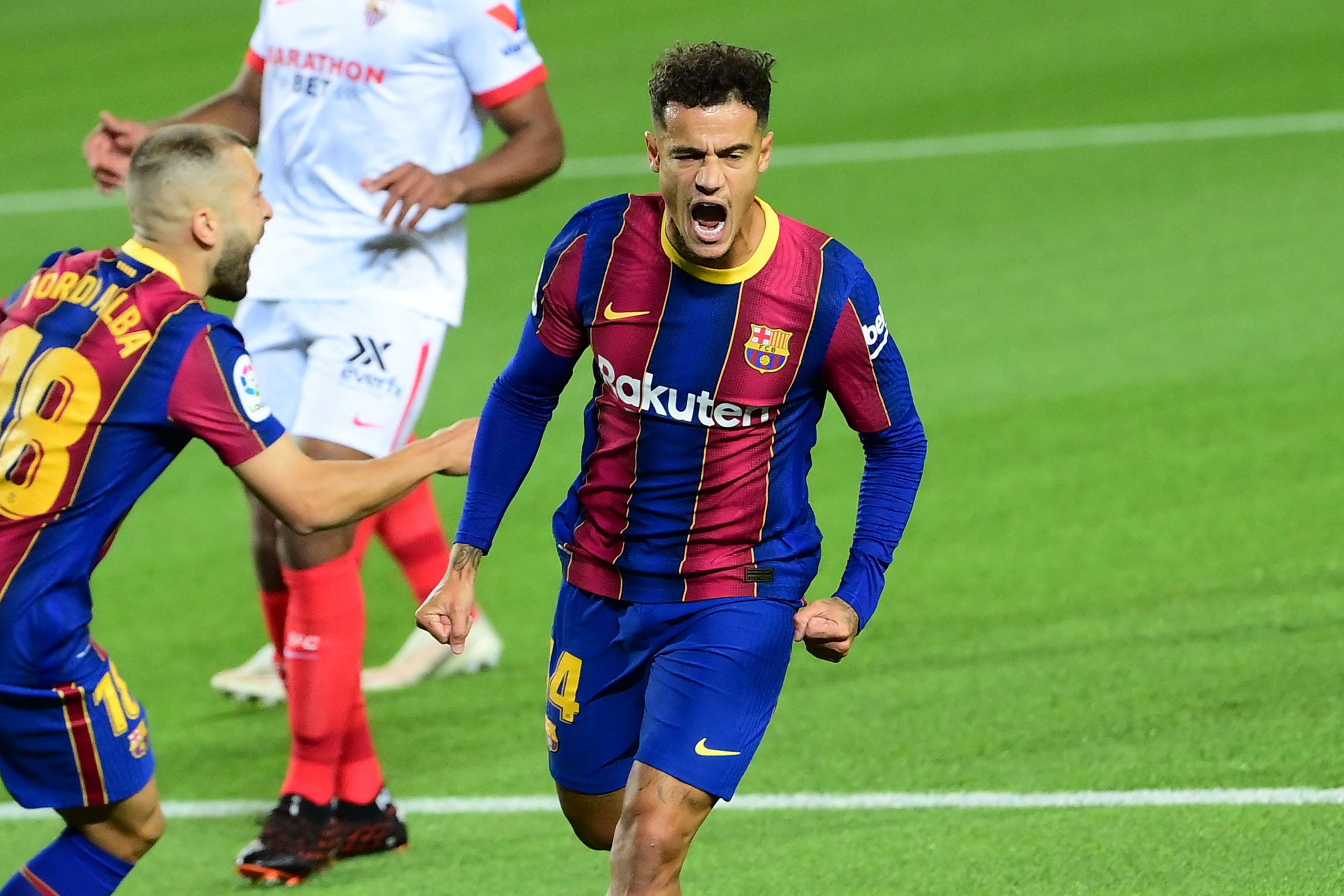 Philippe Coutinho continues his great form under Ronald Koeman. The Brazilian managed to score another goal today, this time against Sevilla. The goal came right when needed, two minutes after Luuk De Jong’s opener of the game in the 8th minute.

Coutinho is often being compared to Ousmane Dembélé, since both players came with a record transfer fee, but failed to show consistency ever since arriving at the Catalan club.

Even though Dembélé was earlier considered ‘to have more done for Barça’, the 28-year-old is quickly adapting to Koeman’s system and shows promising performances. As things stand, Coutinho has 21 goals and 14 assists for Barcelona, while Dembélé holds 19 goals and 16 assists on his name.

If Koeman decides to continue with his 4231 system, Coutinho will keep benefit from playing time, since his role gets complicated in a 433 or 422 formation. Dembélé, on the other hand, suffers from the current system because the wingers have to be defensive, and are not using the space as much as in a 433.

We would have to wait and see how things will evolve for both players, but it is clear that their future depends on the results of Koeman’s system.