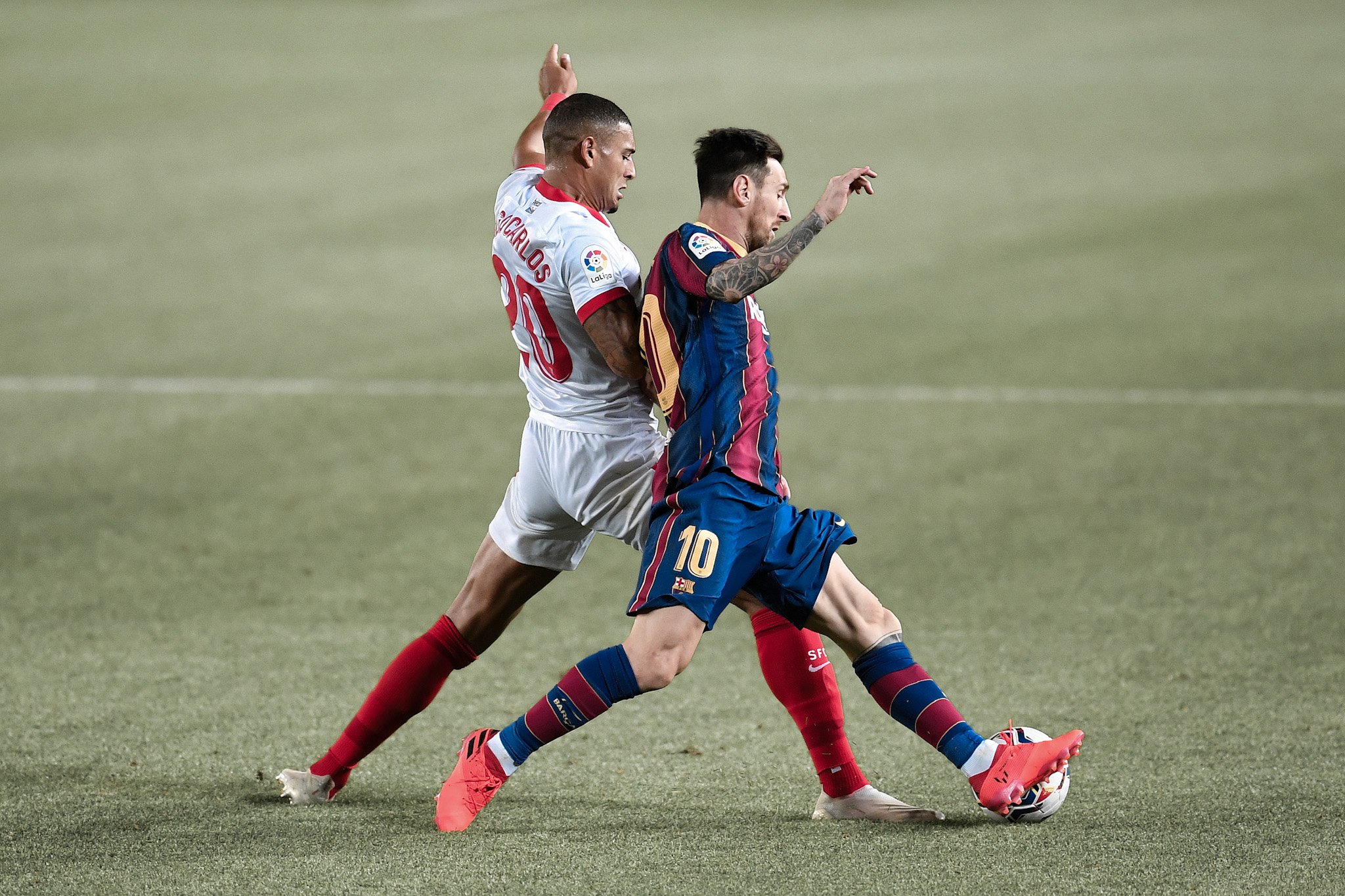 A match summary of Barcelona’s draw against Sevilla in La Liga matchday 3.

Let the first-half score not misguide you. Barcelona had one of their worst starts under Koeman so far. Luuk De Jong scored the opener in the 8th minute of the game, but Barcelona was lucky that three minutes later, Lionel Messi’s pass attempt to Alba was intercepted by a defender, and the ball ended up right in front of Philippe Coutinho to score the equaliser. The Blaugrana made silly passing mistakes, which came often from De Jong and Busquets. Griezmann had a great chance in the 21st minute, but his strike went wide. Messi had another great chance in the 44th minute, but his effort on the left-lower-corner went inches wide.

In the first half, Barcelona made 5 attacks from the left of the pitch, 7 from the centre and 0 from the right side, which made Culés’ eyes turn on Griezmann.

We would have to add that Coutinho once again stepped up to keep Barcelona on level. The Brazilian continues his great run under Koeman.

Overall, none of the two sides were able to dominate the game, but it is clear that Koeman’s double pivot system did not seem to work against Sevilla’s 433 block.

The second half started better but became monotonous and surprisingly problematic for Barcelona over the minutes. This time, the Catalan team not only suffered creating chances, but Sevilla came much more dangerous as well — especially due to Sevilla’s high pressing which forced Barcelona into mistakes. Fransisco Trincao and Pedri replaced Ansu Fati and Griezmann in the 61st minute of the game.

Koeman once again set hands to the game and decided to bring on Pjanic for Coutinho in the 75th minute of the game. Barça’s latest signing Sergino Dest also came on by replacing Jordi Alba who suffered from an injury. Even though the full-back was bought to play as a right-back, Koeman decided to keep Roberto on the right and Dest was forced to play on the left flank.

In minute 80, Messi produced a well-taken shot on target, but the goalkeeper denies the effort. A minute later, Busquets cut inside from the right-wing and created a chance for Frenkie De Jong, but the Dutchman’s effort went wide.

Until minute 85, Sevilla’s energy did not drop for a single second. Their pressure ended up in winning duels all over the field for them. Near the end of the game, Barcelona managed to dominate the game, but it was too late already to make a difference.

Koeman tastes his first draw with FC Barcelona, and a lot of discussion is awaiting.