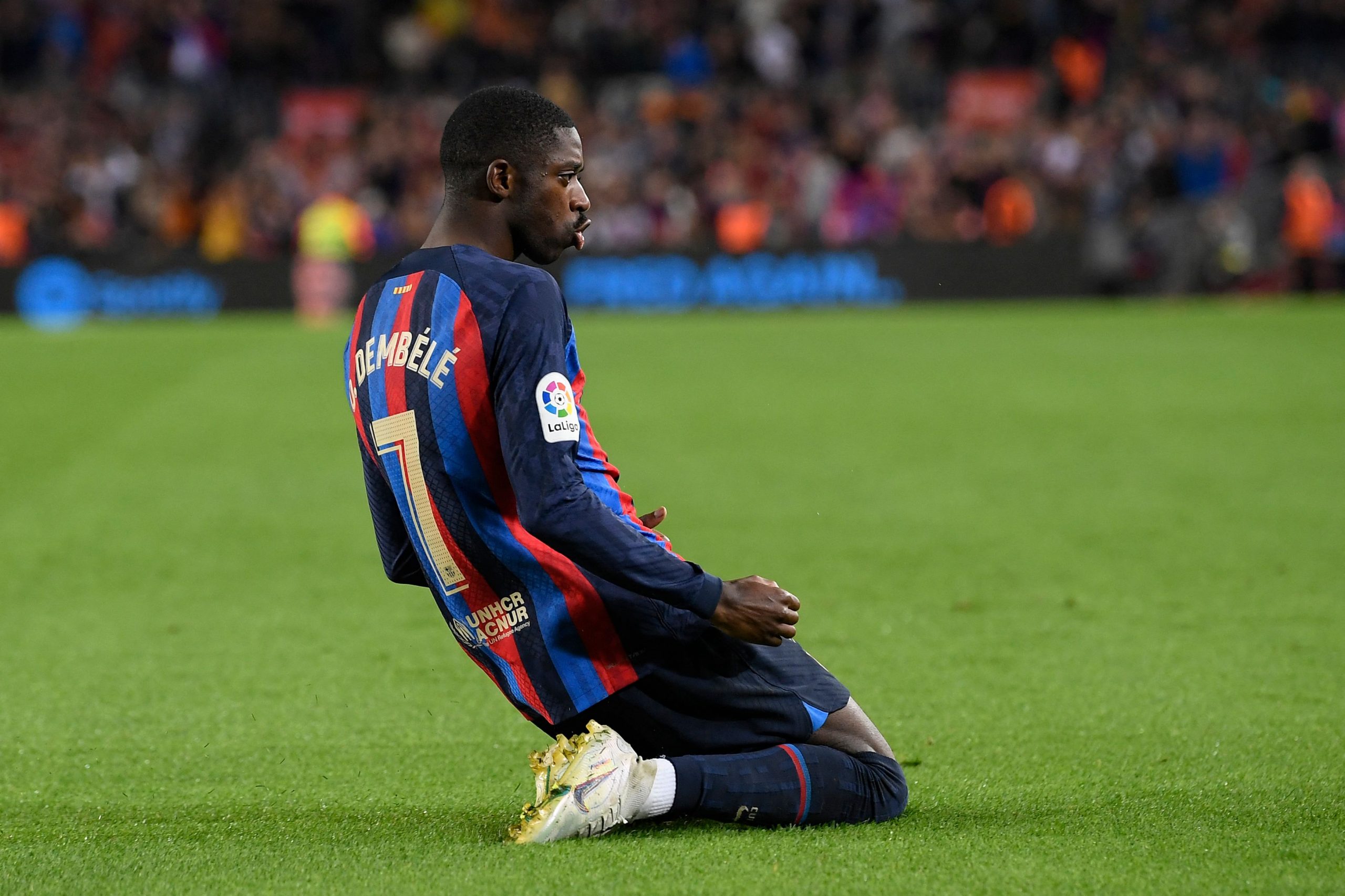 It has been just five months since Ousmane Dembele renewed his contract at Barcelona. But the Frenchman only signed a two-year deal with the Catalans, meaning he is set to enter the final twelve of the contract deal in the summer of 2023.

It could again lead to speculations over his future, especially considering that Dembele’s release clause is expected to drop to €50 million during the summer.

It could alert clubs over a possible move for the 25-year-old winger and Chelsea have taken note of Dembele’s contract situation according to reports in England, as relayed by SPORT.

The Blues had been heavily linked with a move for Dembele during the last January window as well as the summer. The fact that Thomas Tuchel was in charge of the team at the time had only served to fuel speculations further.

However, Dembele eventually decided to re-sign with Barcelona and has since grown into a pivotal player for Xavi Hernandez’s side.

While the element of consistency continues to elude the 2018 FIFA World Cup winner to an extent, he still has produced impressive numbers of five goals and seven assists from 20 matches in all competitions.

Along with Dembele’s form, his fitness has also impressed and the injury problems seem to be a thing of the past. Hence, Chelsea have reignited their interest in the French forward and could make a move for him in case he does not renew with Barcelona again.

Reports have indicated that the Catalans wish to start negotiating a new contract with the 25-year-old as a priority, as Xavi considers him key to his project.

However, SPORT states that the club will not do anything crazy to keep hold of him. The Blaugrana would not be open to offering him greater wages to extend his stay at Camp Nou as they are already stretched with respect to their salary bill.

Talks could take place at the end of the season and Barça will see how things go from there and assess the situation based on whether Chelsea are indeed intent on signing him.