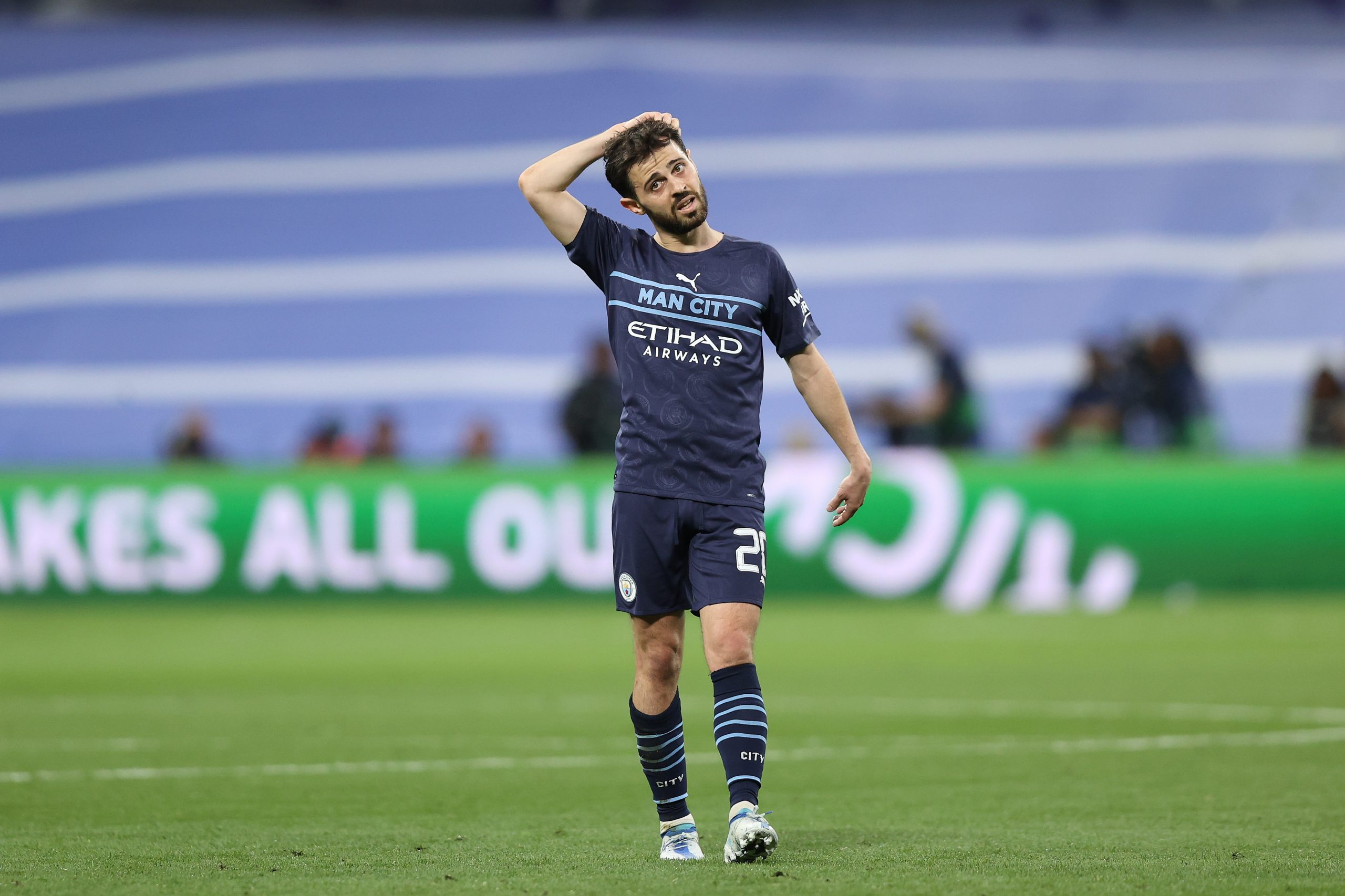 Despite acquiring Jules Kounde, Barcelona are not done exploring the market. And one option they are still pondering is that of Manchester City’s Bernardo Silva.

The Portugal international is aware of Barcelona’s interest, but the operation is complicated for everyone to pull off. To begin with, the utmost condition Barça need to fulfil before signing Silva is to sell Frenkie de Jong.

Now, a lot has been said about the midfielder’s future, and yet he continues to be a cule. Hence, in order to sign Silva from Manchester City, everyone, including the player, must wait.

Silva has been on Barça’s radar since May as he continues to please both Xavi and the club president Joan Laporta. But without substantial exits, the move cannot materialize. Barcelona know it and so does the player.

And so, Spanish publication Mundo Deportivo says the 27-year-old is willing to play the waiting game as there is still time for the Catalans to find a solution.

For now, the interest between Barcelona and Bernardo Silva is mutual and everyone involved, including Manchester City, is aware that the player will only move to Barcelona. But not everything is diamonds and roses.

Once the de Jong conundrum is solved, Barcelona will move for Silva and everything is expected to take place towards the business end of the transfer market.

The situation Barcelona find themselves in isn’t ideal, to say the least. They did activate the famous levers recently, but a majority of capital was invested in acquiring Robert Lewandowski and Jules Kounde.

And now, they know signing Silva would cost them anywhere between €80-€100 million. The fee is, in fact, more than what Barcelona are demanding for de Jong, but the conditions have already been discussed with the City attacker.

The option of signing Silva is not completely ruled out but a lot depends on what happens with Frenkie de Jong towards the end of the transfer market.