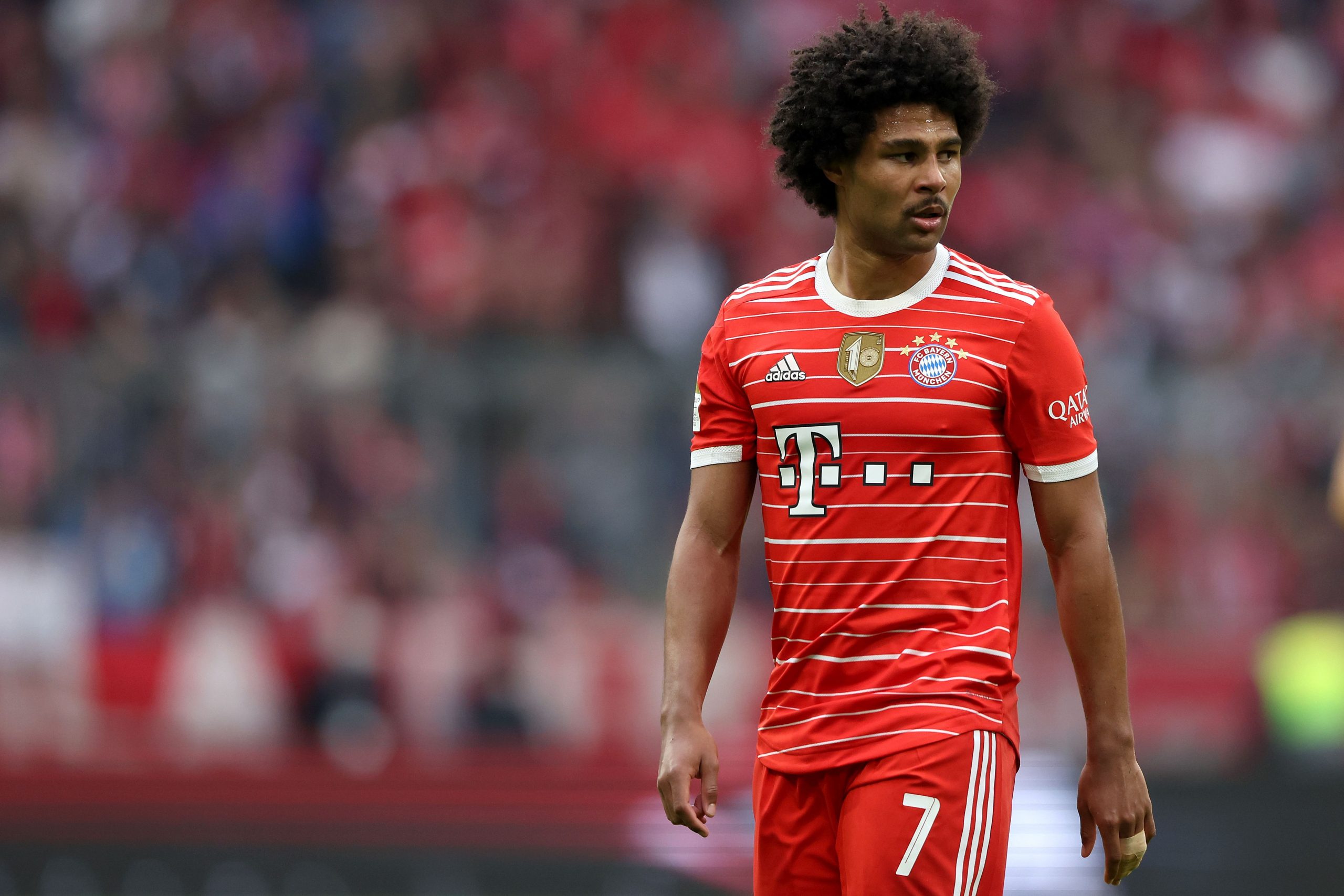 Bayern Munich are set for a summer of reckoning as they could be set to lose two of their top attackers in the upcoming transfer window.

Robert Lewandowski is entering the final year of his contract with Die Roten and has made his desire to leave in the summer very clear. Barcelona have emerged as front-runners to sign the Poland international, although Bayern remain adamant that the striker will stay.

At the same time, another forward who could be on his way out of the Allianz Arena in the summer is Serge Gnabry. Like Lewandowski, the 26-year-old winger also has a contract that expires in 2023 and a renewal is nowhere in sight.

The German international is reportedly unhappy over the terms offered as he believes some of his other teammates are on much better wages. It has led to a standoff, with clubs from across taking note of his situation.

Barcelona, who have a strong interest in Lewandowski, are also keeping tabs on Gnabry as they will need a new winger in the summer. With Ousmane Dembele looking likely to depart and Leeds United rejecting an offer for Raphinha, Gnabry could become a serious target at Camp Nou.

Now, BILD is reporting that Bayern Munich will demand a sum of €40 million for the former Arsenal winger in the summer if they fail to renew his contract.

Gnabry enjoyed a stunning 2021/22 season, scoring 17 goals and setting up ten more from 45 games across all competitions. Someone of his quality and age, the German international would be a coup for a fee of €40 million.

The 26-year-old would also bring in experience at the Champions League level, something that Raphinha cannot boast of. So, Barça would do well to land Gnabry in the summer.

However, they are not the only club keen on signing Gnabry as arch-rivals Real Madrid are also keeping a close eye on the German international and could make a move after having missed out on the capture of Kylian Mbappe.