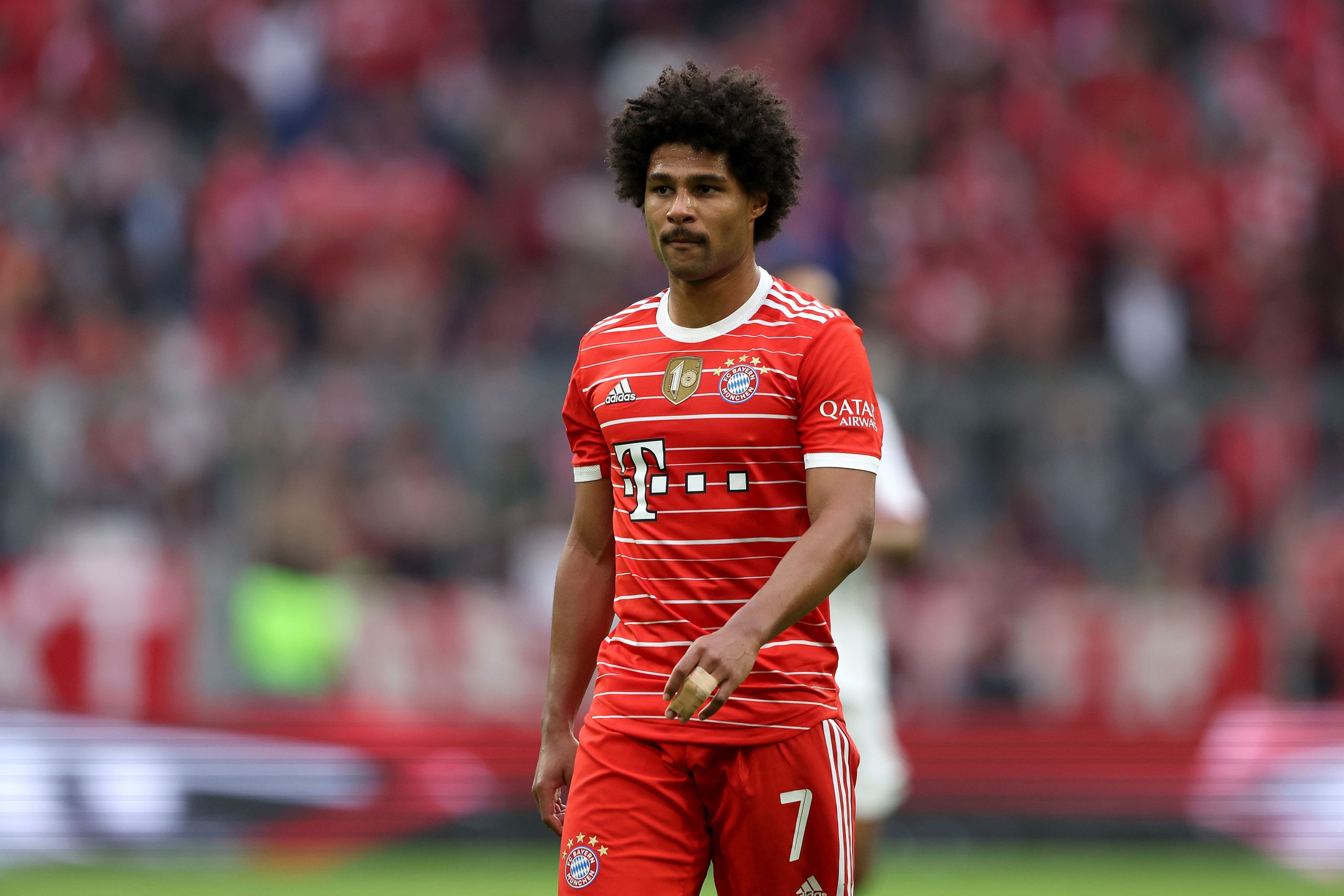 After missing the majority of the first half of the 2021/22 season through injury, Ousmane Dembele has returned to form under Xavi in sensational fashion. Playing in 20 games, he has scored one and assisted 13 goals in La Liga, taking him to the top of the assist charts.

In such brilliant form, dropping Dembele is unfathomable. Losing him to another team, on a free transfer, no less, though, will genuinely problematic. With his contract ending in another month, all news points towards him making a final decision in the coming week.

While finding a replacement will be rather difficult, Barça have started to think about life after Dembele. Catalunya Radio suggests that the club is considering a move for Bayern Munich’s Serge Gnabry.

Gnabry’s contract with Bayern ends in 2023, and the possibility of an extension has started to look bleak. Premier League clubs, including Arsenal, are on the lookout, but Barcelona’s interest could churn the pot further.

With Robert Lewandowski’s price tag hanging at around €40 million, we can safely assume the 26-year-old will cost sub €30 million should he refuse to extend, too.

Bayern fans have acclaimed this to be a rather underwhelming season from Gnabry, but his number certainly prove otherwise. He has scored 14 goals in Bundesliga while assisting five. Further, he has created a whopping 17 big chances, third only to David Raum and Thomas Muller.

The German winger is not the only player Barcelona have on their shortlist, though. Leeds United’s Raphinha is their first-choice in that position, but a move for him will likely depend on their Premier League future.

With one final game remaining in the Premier League calendar, Leeds travel to London to take on Brentford, while Burnley host Newcastle United.

One of the two sides will drop to the Championship on Sunday, and rest assured, there will be a ton of viewers tuning in from sunny Catalonia.