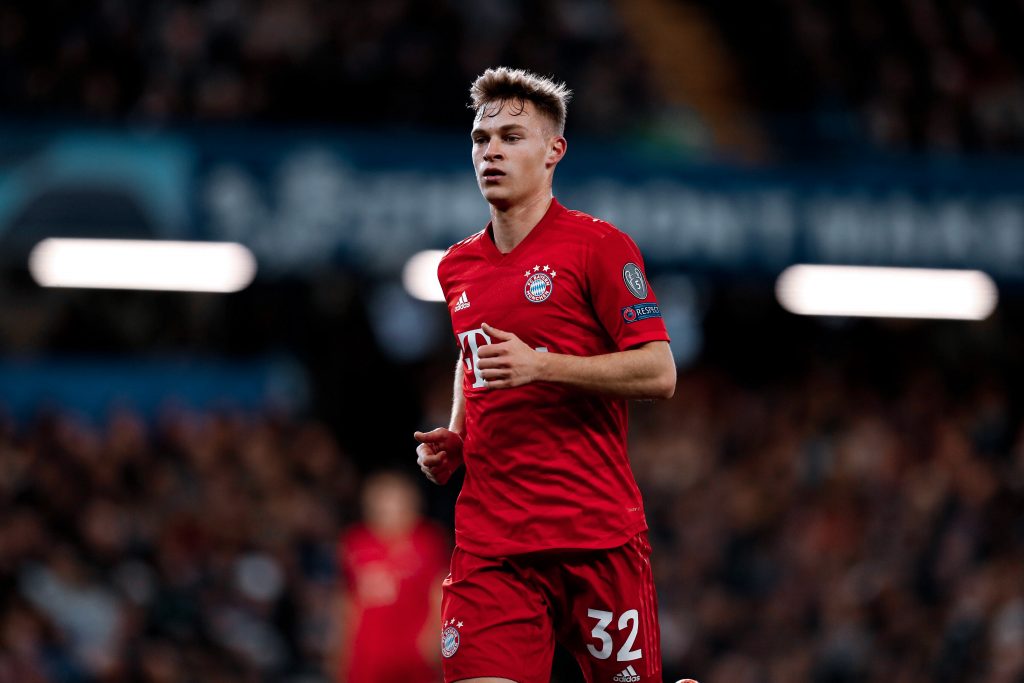 Speaking to the Spanish publication El Pais, Bayern Munich stalwart Joshua Kimmich gave his thoughts on facing a Messi-less Barcelona, recounted on their past encounter, and his own ambitions as an individual and with his club.

He addressed the infamous 8-2 demolition in Lisbon ahead of the rematch with the Blaugrana and stated why it was so special.

“For Bayern, the 2-8 was something special and not only because of the result. The style, the high pressure and the intensity. We scored a lot of goals. It was better to win 4-3 than 1-0. It was nice to see,” Kimmich said.

The midfielder also touched upon the influences of his past coaches on his game, which has now elevated him to being one of the top midfielders in the world. He spoke about Hansi Flick, Carlo Ancelotti and former Barca coach Pep Guardiola.

Following this, he spoke regarding the departure of Messi and how he sees Barcelona after it.

When I was little I watched Barça for Messi. Now, it will be interesting to see them without him. They have very high quality players. Very good young people like Pedri and de Jong and also others with more experience like Busquets, Depay and Marc [Ter Stegen]. I want to go to the Camp Nou, it will be a tough match.”

“Messi’s departure from Barcelona? Who was not surprised? Now, PSG have top-notch players. It will be interesting to see how they will function as a team,” he added.

Kimmich also addressed the situation with Marc Andre ter Stegen at the German national team, where he does not get any major minutes thanks to Manuel Neuer’s dominant presence.

“Of course, I can understand his disappointment. They all have the ambition to play for the country. He is an incredible goalkeeper. The problem is that we have Manu [Neuer], the best goalkeeper in the world. It is the bad luck of the goalkeeper, a position in which only one player plays,” said the German.