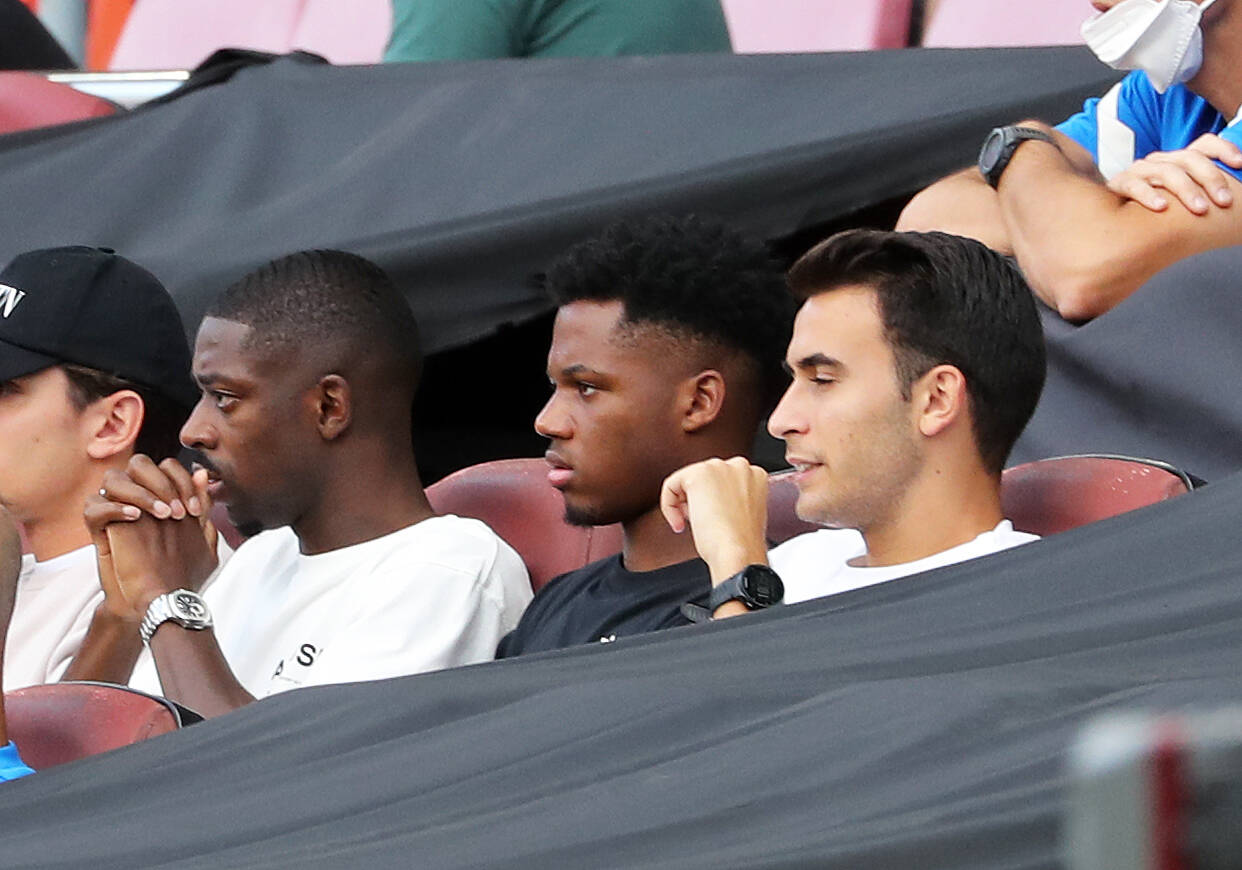 The 2021 summer transfer window has officially come to an end. There have been a number of entries, such as those of Memphis Depay, Sergio Aguero, Eric Garcia and Luuk De Jong on the final day, as well as a plethora of exits. Barcelona lost talisman Lionel Messi and on deadline day Antoine Griezmann parted ways with the club too.

With the transfer affairs done with, attention can now be geared towards the renewals of a trio of players. According to Mundo Deportivo, Barça are seeking to extend the contracts of Ansu Fati, Pedri Gonzales and Ousmane Dembele in the forthcoming weeks. All their contracts expire in 2022.

Ansu, the latest recipient of Messi’s illustrious number 10, is currently recovering from an injury sustained almost a year ago. Given his quality and age, the Blaugrana are seeking to tie him down with a long term contract, if so he wishes. Barcelona have an automatic renewal which they can use for him, but they are doing their best to make him feel of utmost importance with a long term deal.

The same goes for Pedri. The 18-year-old enjoyed a stellar first year with Barcelona. He played a total of 73 matches, the most of any player in Europe. As such the club have naturally prioritised extending his contract to as long as they can, and are rumoured to be offering him a five year deal. This, again, is a strategy by the club to show how much value they give to him.

As for Ousmane Dembele, the case is a tad bit more difficult. Barça had in place an automatic renewal process for Ansu and Pedri, but not for him. President Joan Laporta considers him to be of utmost importance to the collective, and his renewal is in the objective of maintaining a brilliant future prospect.

The objective is to provide continuity for the three players as soon as possible.