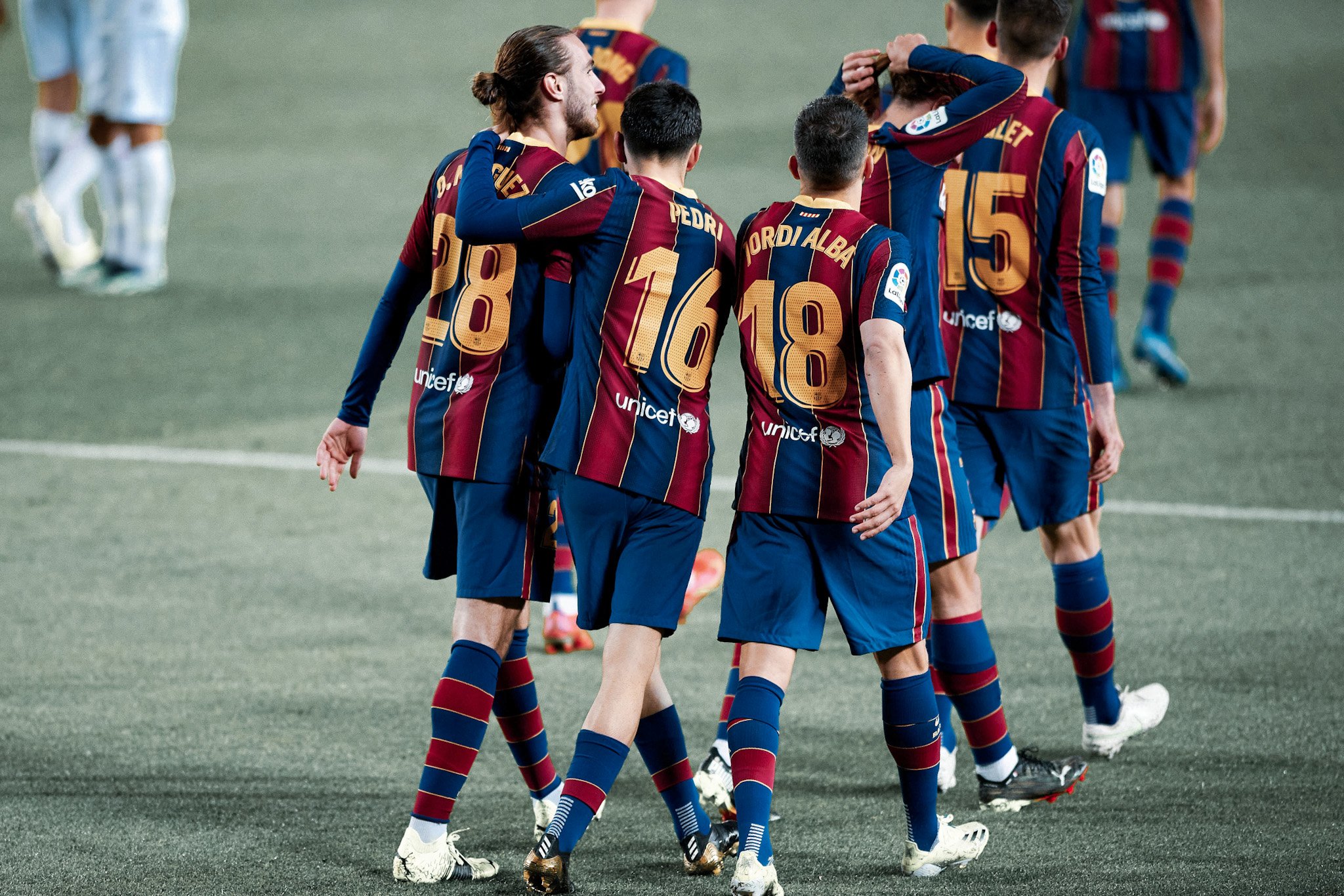 As the business end of the season has finally arrived, given the ebbs and flows of this campaign so far, Barcelona find themselves in uncharted territory. For the first time this season, they are in a position where their hopes for domestic success all rest on their own shoulders. Barcelona’s La Liga season has seen its fair share of ups and downs, with the club even sitting in 14th place at one point.

But since then, the gradual improvements have all piled up and finally created a cohesive outfit of players who understand each other and have the desire to win as a collective. Before the turn of the new year, the Catalans and their fans would not have dared dream of any silverware. In football though, things can change in the blink of an eye.

Come April 2021 however, Barcelona have won 13 out of their last 14 league games. They now sit just one point behind league leaders Atletico Madrid with nine crucial fixtures to go and also have a Copa del Rey final to look forward to. If their trajectory before December was anything to go by, it would have seemed as though finishing top four would have been a relative success. But now they are in contention for two titles.

And the task at hand, by the sound of it, is seemingly simple. All the Blaugrana outfit have to do now, is win all their remaining matches in order to get their hands on their 27th league title. But it is seldom that straightforward.

Having barely scraped past Real Valladolid on Monday, Barcelona must now pack their bags and travel to the Spanish capital for what will be a season-defining El Clasico against their eternal rivals Real Madrid. The Galacticos are sitting in third, just two points adrift of Barcelona. However, they still do not have the luxury of controlling their own destiny.

If Barcelona were to win the Clasico on Saturday, they would be five points ahead of Real, and the momentum would be a massive psychological boost after having lost the first encounter at the Camp Nou. If the Blancos take the match, they will be just a point ahead of Barcelona, but it would alleviate some of the pressure off Atletico Madrid, which would be bad news for them as well.

As Real Madrid coach Zinedine Zidane would say, every game from here on out is a final. And even for Barcelona, it rings eerily true this season. The Azulgranas after the Clasico, will play in the Copa del Rey final against Athletic Club, followed by the home stretch of eight fixtures in La Liga. Should they win the game against Real Madrid and the cup final, the morale boost will be priceless.

They will then face Getafe, Villarreal, Granada, and Valencia, before taking on the current front-runners Atletico Madrid on the 9th of May, in what will certainly be a title-decider. After that matchup, there will just be three games remaining in the season. Whether it will be decided for the right or wrong reasons, of course, remains to be seen. After having lost the return encounter against Los Colchoneros back in November, there is no more margin for error in the Catalan camp.

First and foremost, however, they must face their eternal foes this weekend to attain revenge for their loss in the first Clasico. Barcelona’s La Liga title now lies at the end of the path to retribution, at the mouth of which Ronald Koeman’s men currently stand. And they must show that the battered and bruised side from a few months ago has now turned over a new leaf to reclaim their throne as the champions of Spain.