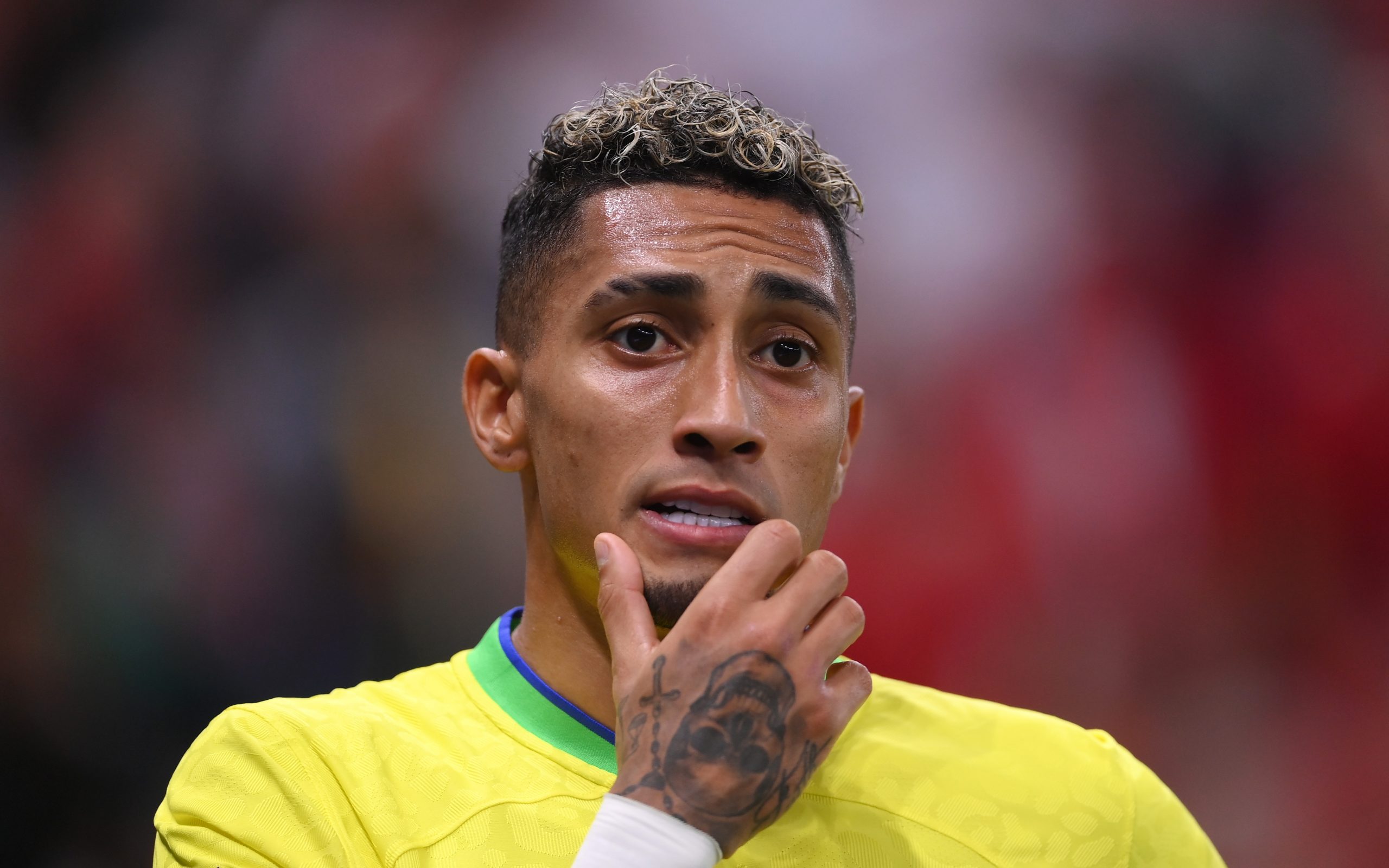 Speaking after Brazil’s 2-0 win over Serbia in the FIFA World Cup 2022 on Thursday, Barcelona and Selecao winger vowed to bounce back strongly after missing a couple of goalscoring chances during the game.

Raphinha was given the nod on the right flank for Brazil against Serbia by manager Tite over the likes of Gabriel Jesus, Antony, Rodrygo Goes and Gabriel Martinelli.

The 25-year-old enjoys the faith of the Brazil coaching setup and looked bright in patches on his World Cup debut. However, when a couple of great opportunities presented themselves to Raphinha, he failed to make them count.

Ultimately, Brazil had to rely on a double from Richarlison to grab all three points and take the top spot in Group.

Reflecting on his performance after the match, the Barcelona winger insisted that he will not let the missed opportunities affect him in the upcoming matches.

“My goal is to be able to score in every World Cup match, it’s normal to get my head down because of the missed chances… unfortunately the goal didn’t come, but I believe in myself a lot and now I will work hard thinking about the next match,” Raphinha said, as quoted by SPORT.

Despite his misses, Raphinha is expected to retain his spot in the starting XI under Tite when Brazil take the field on Monday against Switzerland. And the 25-year-old will be hoping to make amends next time out.

Having joined Barcelona in the summer from Leeds United, the Brazil winger has two goals and four assists from 18 matches for the La Liga giants thus far.

With former Barcelona superstar Neymar picking up an ankle injury against Serbia, there are question marks over his availability for Brazil’s next game. In case he ends up missing the match, Raphinha will have to step up and shoulder more responsibility in the attacking unit for Selecao.