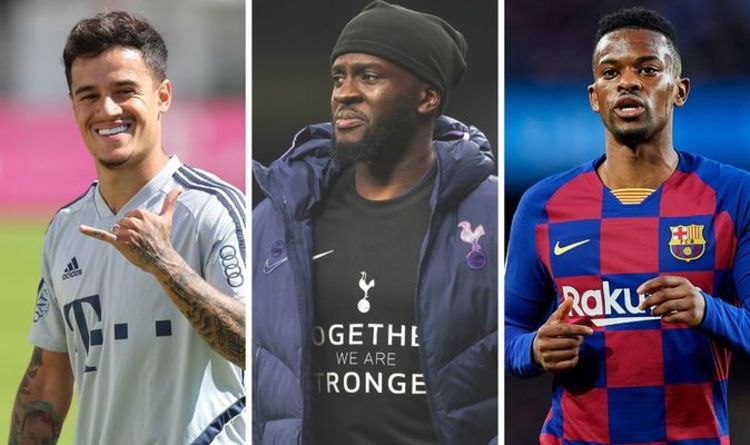 Barcelona are reportedly interested in bringing Tottenham midfielder Tanguy Ndombele to the Camp Nou. The Blaugrana are willing to agree on a swap deal that consists of either Philippe Coutinho or Nelson Semedo.

Even though coach Quique Setién told that Coutinho is in his plans, there is no doubt that no player is untouchable at Barcelona except for Messi, Ter Stegen, and Frenkie De Jong – especially as proven by the latest updates regarding midfield gem Arthur Melo.

Ndombele joined Tottenham for £55 million in a year ago from Lyon, but the 23-year-old struggled to settle first under Pochettino and now Mourinho due to relationship problems, and now is looking for an exit.

Barcelona were interested in Ndombele before his transfer to Tottenham too, and now they are willing to sign him under a swap deal.