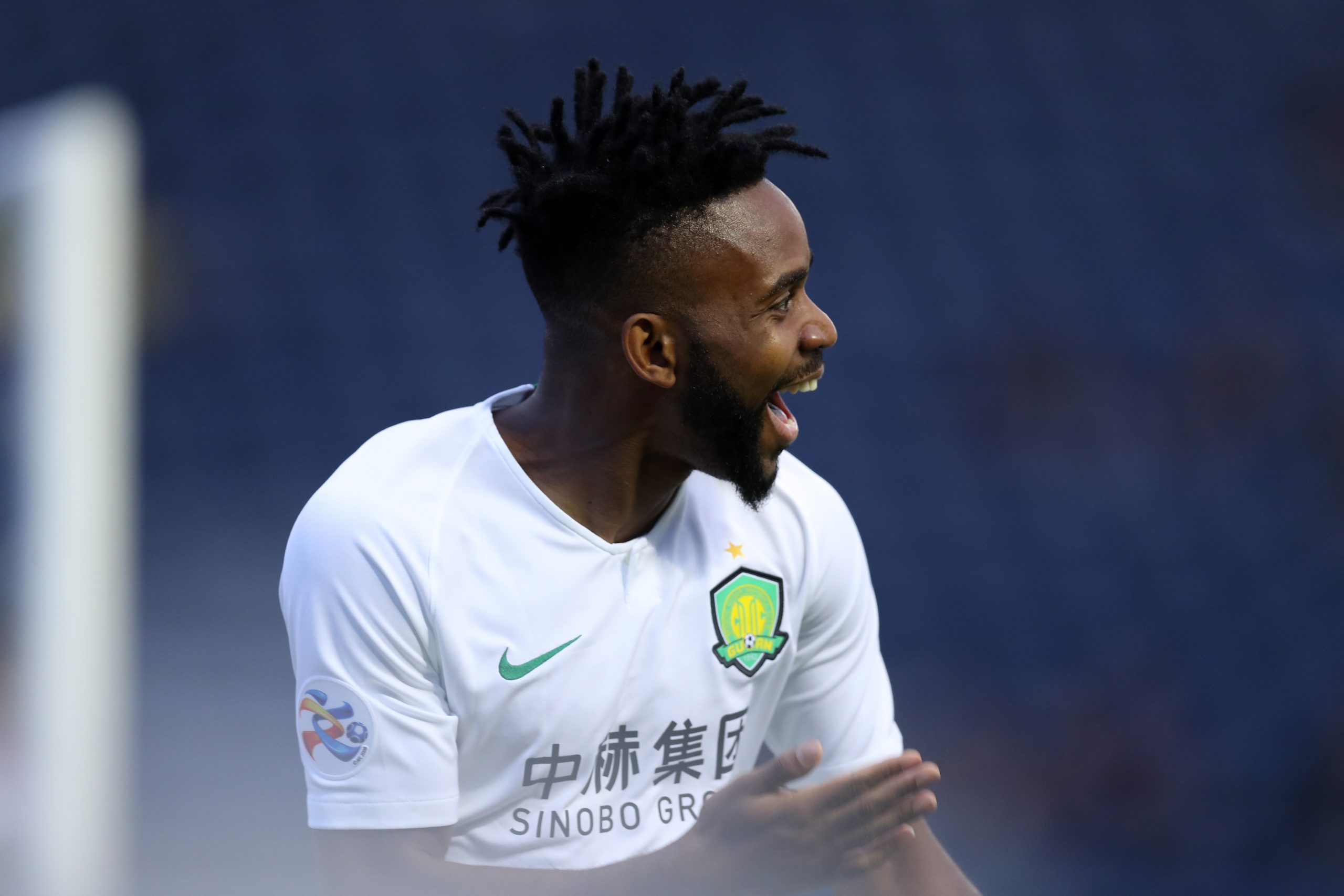 Barcelona have been left in a lurch with regard to their centre-forward department due to various injury and fitness issues.

Martin Braithwaite has been sidelined with a serious injury while Ansu Fati has also had fitness issues. The biggest blow came when Sergio Aguero was sidelined for at least three months after being diagnosed with a heart condition.

The situation demands Barcelona to bring in a new striker in the January transfer window. And a few options are already being looked at, with Arsenal captain Pierre-Emerick Aubameyang emerging as a target.

Another player that the Blaugrana are considering, as reported by AS, is Beijing Guoan striker Cedric Bakambu. The 30-year-old is someone that is very familiar to Barca, with the Catalans having made two attempts in the past to sign him.

Indeed, Barcelona came extremely close to capturing the Congolese striker’s signing back in 2019, only for the move to fall through when he was at an airport en route to Catalonia. Bakambu was back on the club’s agenda once again earlier this summer, but a move did not go through as Barca were unable to reach an agreement over a transfer fee with his club.

Now, though, that could not be an issue come January as per the report. The former Villarreal forward sees his contract expire with the Chinese club at the end of the year. That means, he will be a free agent at the onset of the January transfer window, which can work in favour of Barcelona, who are looking for cost-effective options in the market.

Bakambu, as iterated earlier, had a stint in Spain with Villarreal and produced a decent tally of 31 goals in 75 La Liga outings. With his experience of playing in the competition and his free-agent status, the Congolese marksman can be a handy stop-gap solution for the Blaugrana before they can go for their top targets in the summer transfer window.