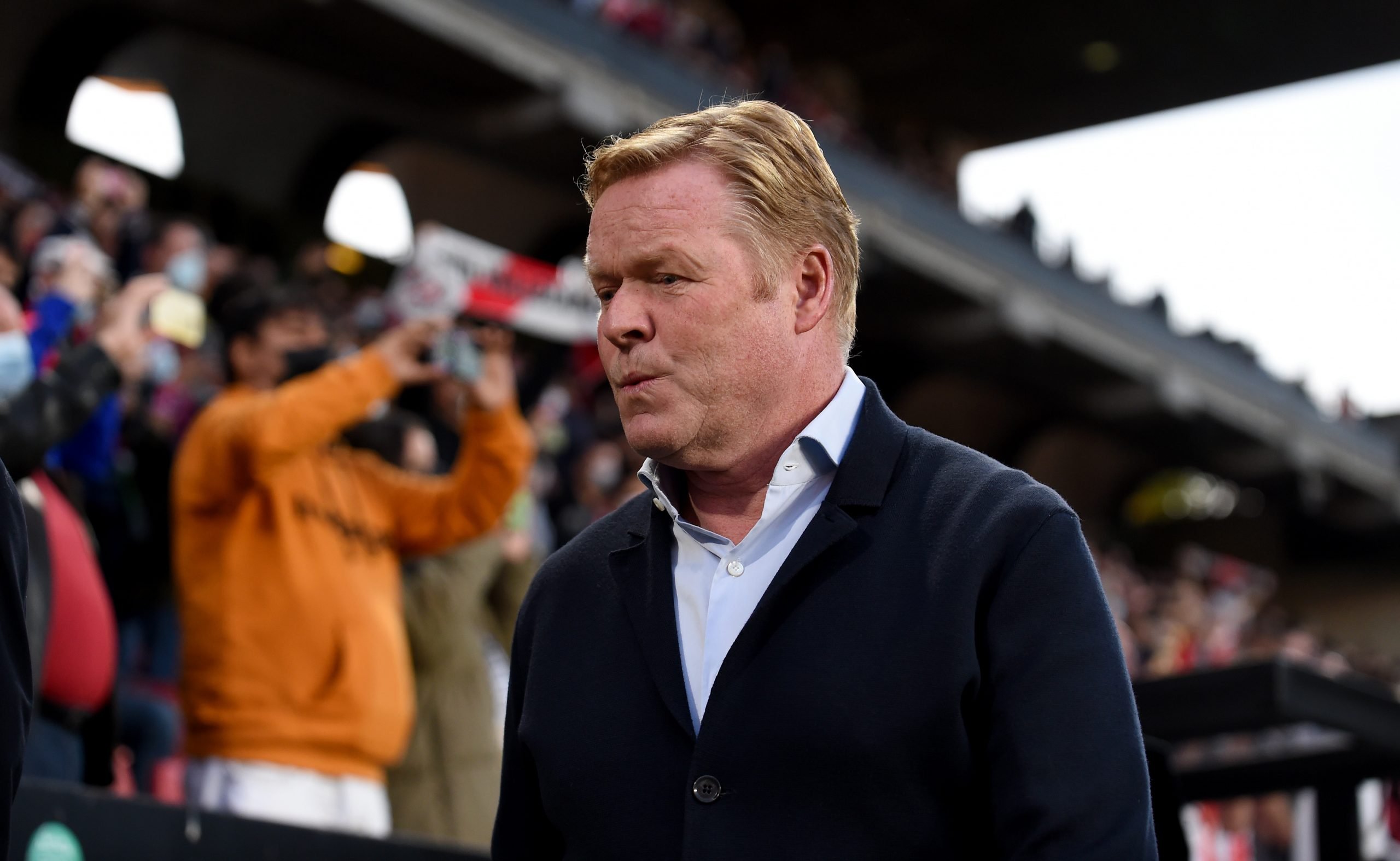 After having seesawed for weeks, Barcelona decided to finally get rid of Ronald Koeman from the managerial position last week. The 1-0 defeat to Rayo Vallecano proved to be the final act for the Dutchman, who had been hanging dearly to the job for quite some time by then.

One of the major reasons behind Barca holding off on sacking the 58-year-old was the compensation that he would be owed once his contract was terminated prematurely. And now, that has become a bone of contention for the Catalan giants, reports SPORT.

Journalist Lluis Canut, who also happens to be Koeman’s close aide, revealed information regarding the compensation payout amount and Barcelona’s requests for the ex-manager to reduce his demands.

Speaking to Cat Radio (h/t SPORT), he said: “It’s €12million but I want to clear up that in this, there’s nothing to do with the money paid to the Dutch federation (to sign him), that was five million euros that Barcelona paid straight away.

“I don’t know if in these 12 it includes what has to be paid for his technical team or it’s just him, taking into account that he delayed 45 per cent of his salary last season because of the pandemic,” he said.

“In the first conversations they had they asked him to take a cut of around €7-8 million, far from the 12 they have to pay him. It’s a contract signed by both sides, not by the current board but it’s a recognised contract and it’s not about letting them off, it has to be paid,” Canut further added.

Going by Canut’s statements, it becomes clear and obvious that Koeman will hold out for the full compensation payout of €12million.

Earlier this season, Barcelona’s economic vice-president Eduard Romeu had indicated that the club have around €20million to spend on new players in the January transfer window. However, with a large chunk of that money now set to be paid out to Koeman, the Catalans will once again have their hands tied in the transfer market and will be forced to look at bargain deals.