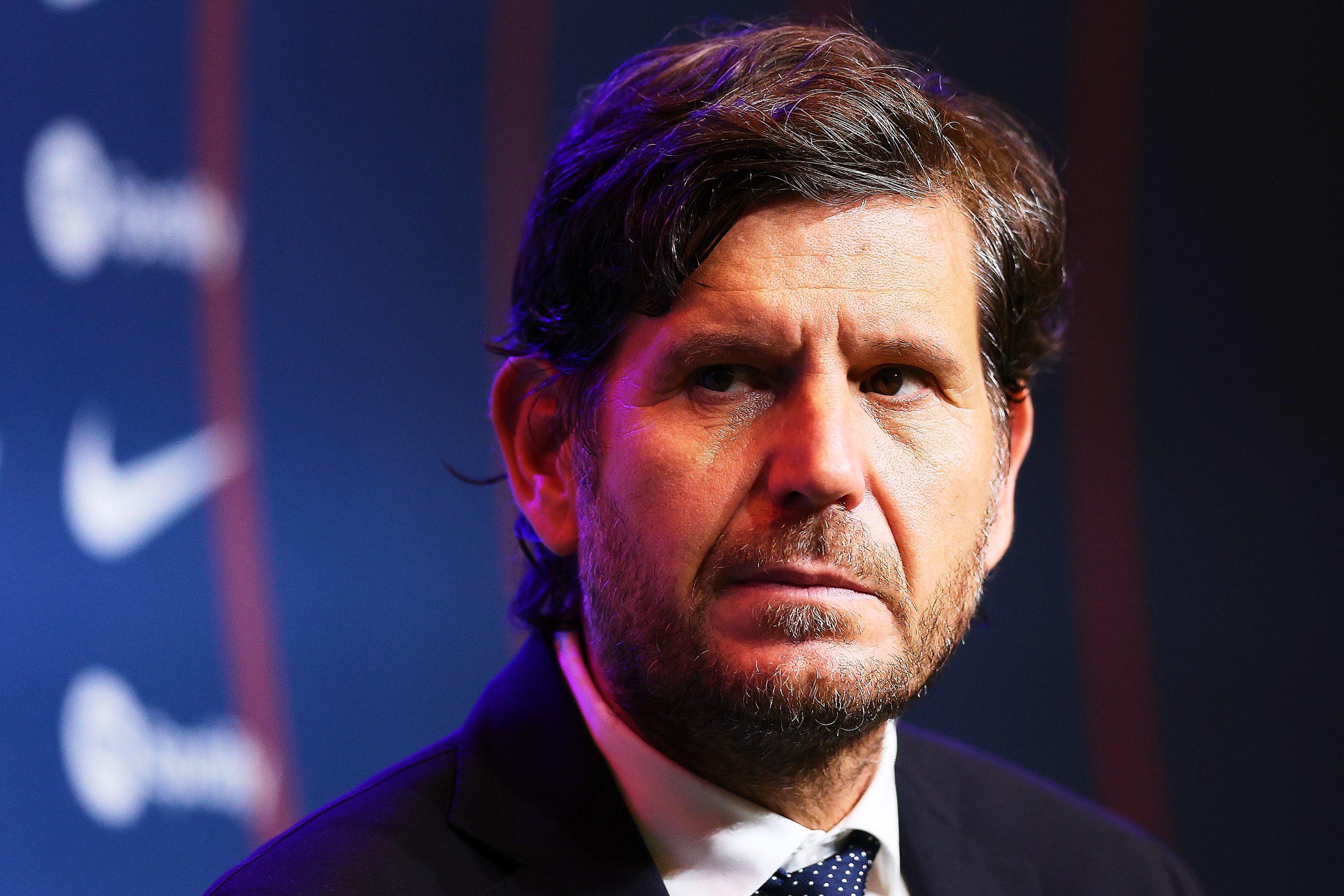 FC Barcelona have been one of the busiest teams in Europe, as far as market activity is concerned. Over the past few months, the Catalans have overseen a major squad overhaul in their quest to restore the club’s lost glory.

One of the most important figures in helping Barcelona undergo this change was Mateu Alemany, the sporting director. His negotiations, coupled with his masterful business strategy have helped the club prevail in pursuits of several top players across the summer.

In a recent media interaction, Alemany has opened up on a few of the player sales as well, including Antoine Griezmann, who is poised to join Atletico Madrid on a permanent deal.

Alemany also praised Pierre-Emerick Aubameyang, suggesting that the Gabonese international was the only player whose sale affected the club negatively.

“The only player who left this summer but who was important for us sportingly was Aubameyang. We sold him because it was a great business opportunity, and we did it for the Financial Fair Play,” he said.

Alemany offered his thoughts on the sale of Griezmann and Coutinho as well. The Barça sporting director revealed how important the sale of these two-star players could be, in terms of helping the club balance the books.

“The departures of Griezmann and Coutinho have generated huge savings in wages, it is more valuable than what Atletico and Villa paid us for them. Their salaries are prohibitive, so I value these operations very much,” he added.

Alemany’s comments come in the midst of speculations regarding Griezmann’s potential move to Atletico Madrid. Los Colchoneros are set to pay around €20 million for the forward, with an additional €4 million in add-ons.