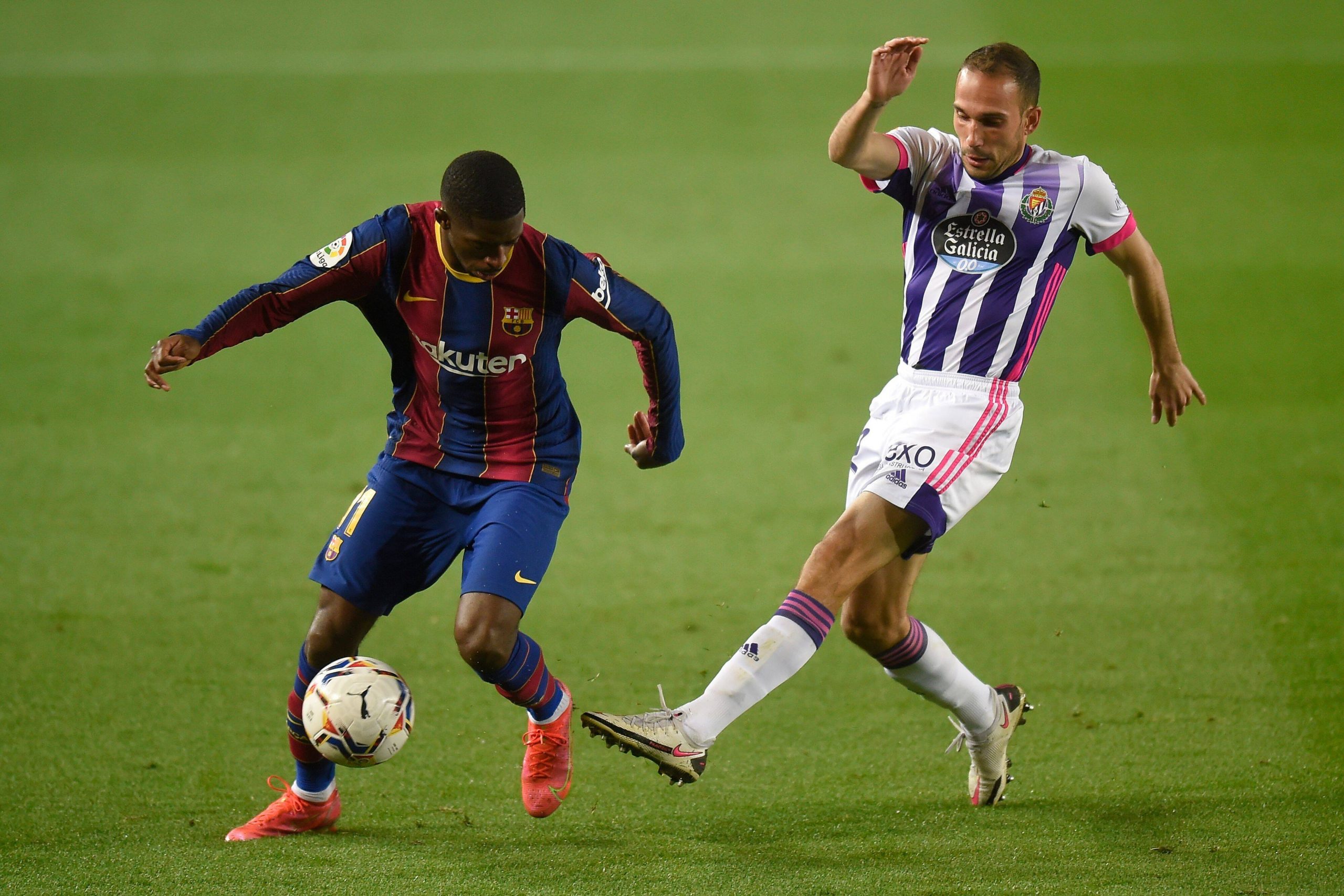 Barcelona winger Ousmane Dembele has been a man reborn under Ronald Koeman this season. The Frenchman has struck a rich vein of form and has managed to put all his persistent injury woes behind him seemingly.

After Dembele’s vital 91st-minute winner against Real Valladolid on Monday night, coach Ronald Koeman was quick to express his admiration for the player: “I would like Dembélé to stay, he is an important player. Today, he has shown that with his game and the goal. The key is that he has physically improved and has been able to play a lot of games in a row.”

Ousmane Dembele’s contract renewal has been a constant talking point within the Barcelona camp of late. With president Joan Laporta also a big fan of his, negotiations for a new deal are a priority. And according to transfer expert Fabrizio Romano, the Catalans will indeed push for renewal amid interest from many other clubs.

Dembele has reportedly already been contacted by clubs like Manchester United and Juventus, while other Premier League sides such as Liverpool have also shown interest. Ligue 1 giants Paris Saint Germain also have the World Cup winner on their radar.

The 23-year-old has now scored ten goals and provided four assists for Barcelona across all competitions this season. And like the winner against Valladolid, many of these goals have come at crucial times. In his past four games as a starter, Dembele has scored thrice, the same amount as in his past 21 league games as a starter before that.

His two-footedness, of course, makes him a very valuable asset. Throughout the game against Valladolid, Dembele occupied all three positions in the front line, playing up top, on the right and left.

Thanks to his crucial goal, Barcelona are now within touching distance of Atletico Madrid atop the La Liga standings. Heading into what will be a season-defining El Clasico, Barcelona will hope that Dembele continues his form throughout this final stretch of the 20-21 campaign.