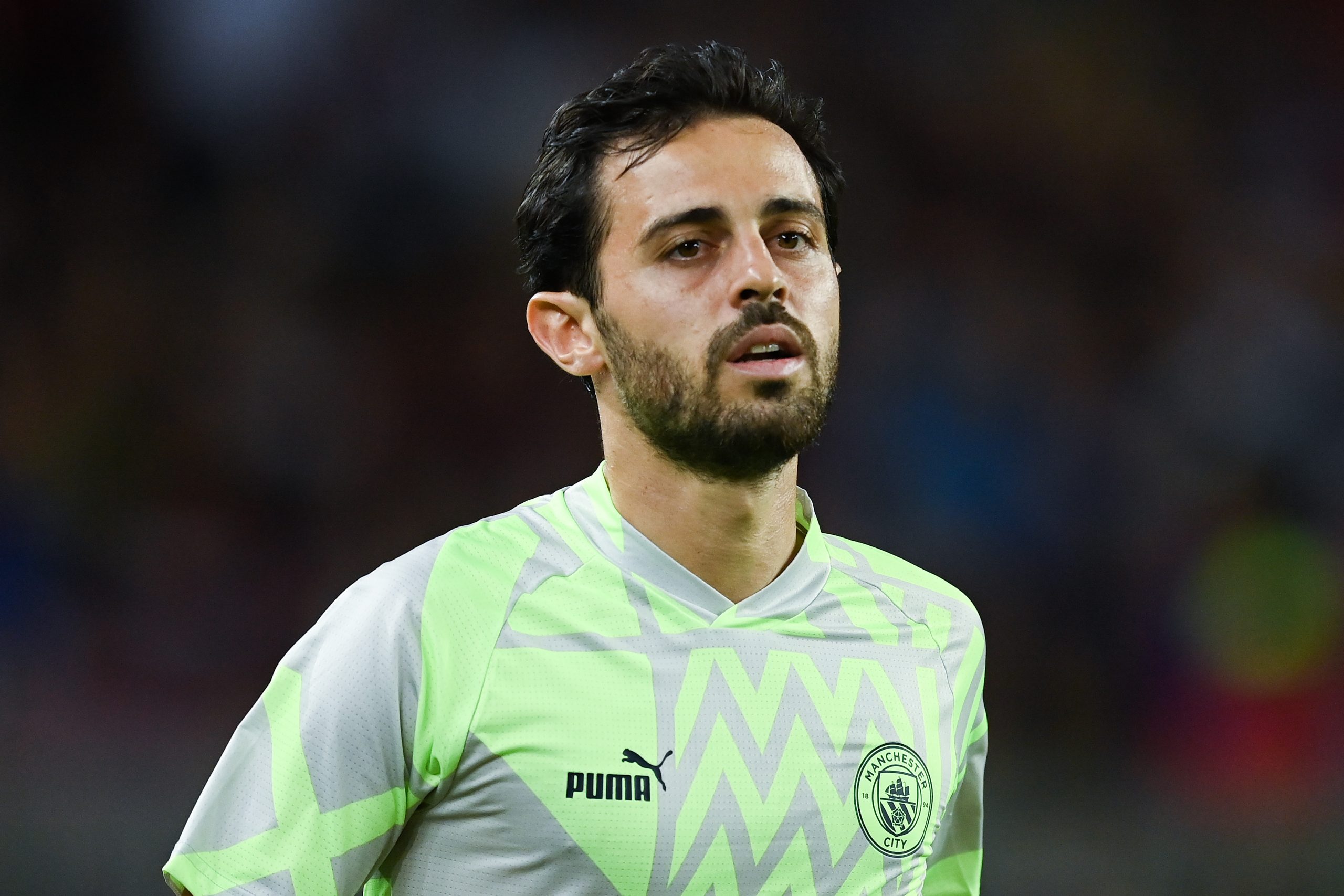 A recent report from Diario AS has offered an update on Barcelona’s pursuit of Bernardo Silva.

It appears the Catalans have ruled out the signing of the Portuguese international due to their financial condition. The club are not in a position to afford Manchester City’s exorbitant price tag for the playmaker.

The report also sheds light on how Man City are playing a critical role in blocking the transfer. The Premier League giants are simply not willing to offload the player this late in the transfer market, knowing they will have very little time to replace him.

Not to mention, Pep Guardiola rates Bernardo Silva highly due to his technical prowess and versatility. He has been pivotal in the club’s success in recent seasons and the Cityzens are determined to keep hold of the player, for the foreseeable future.

Barcelona, therefore, have opted to rule themselves out of the pursuit of Silva. However, that has not deterred them from pursuing other players in the market.

The Catalans, in fact, are looking to generate some revenue with the sale of Pierre-Emerick Aubameyang and Memphis Depay. They are expected to use the funds to pursue one more player in these final few days of the transfer window.

A left-back is the likely target for coach Xavi Hernandez as he looks to find a reliable alternative for veteran Jordi Alba. However, the club are also considering a move for a new right-back, with Juan Foyth and Hector Bellerin emerging as the two potential options.

As for Bernardo Silva, he is set to continue at Manchester City, as confirmed by Pep Guardiola earlier in the month. However, it will not come as a surprise to see the Catalans returning to the market for the Portuguese international later in the season, perhaps even in the January transfer window.