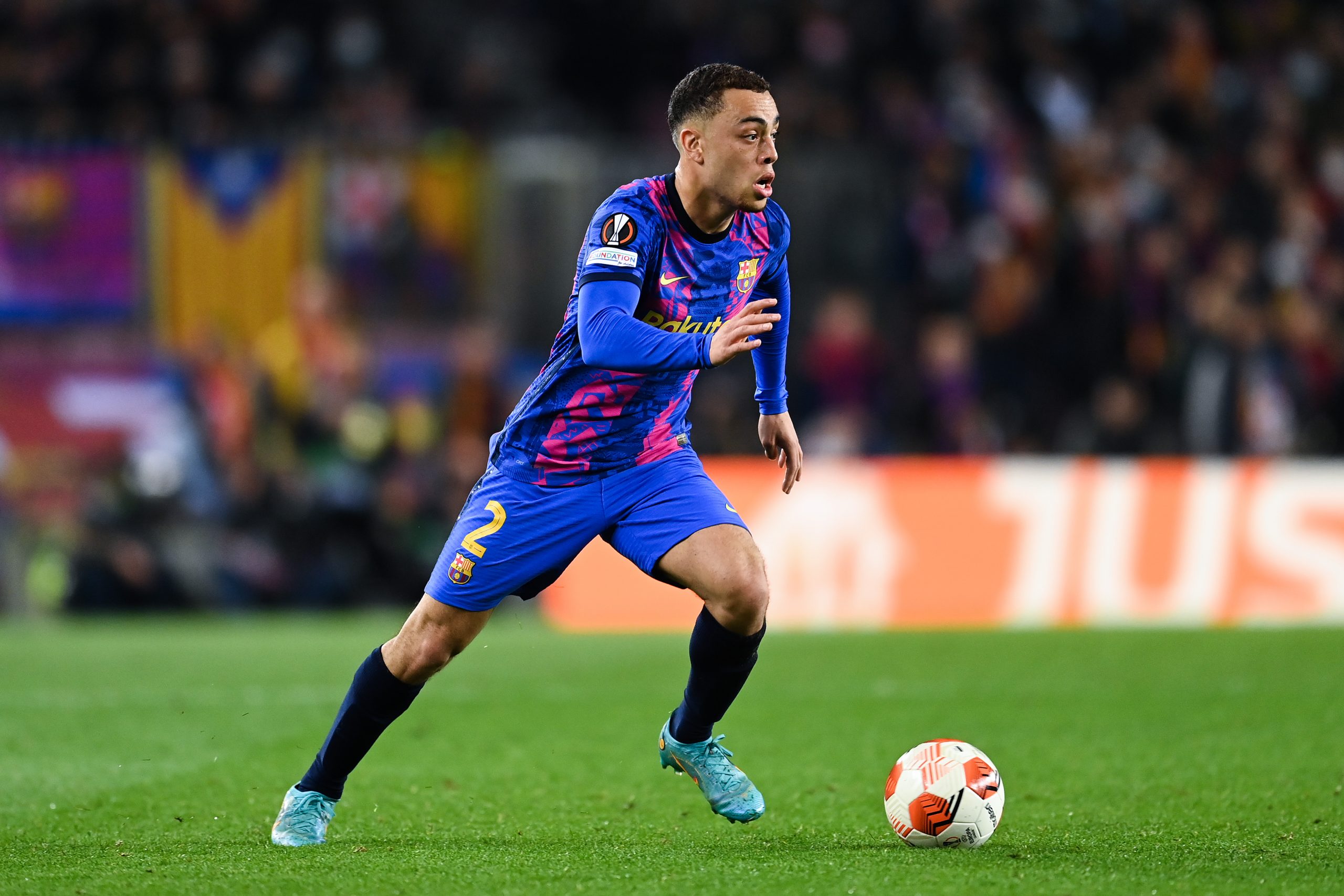 If a report from journalist Achraf Ben Ayad is to be believed, Sergino Dest has no intentions of leaving Barcelona this summer as he is very happy at Camp Nou.

The 21-year-old is close to completing two years at Barça, having arrived from AFC Ajax in the summer of 2020. However, his time at the club has been anything but smooth sailing as Dest has been unable to showcase his best form so far.

While he was a regular in his debut season due to a lack of options, Dest did not feature as frequently in the 2021/22 campaign, with Xavi preferring veteran defender Dani Alves in the second half of the season.

The Barcelona manager was believed to have some qualms over with the young defender’s game after he took over and had even put the American on special tactical sessions to help him improve.

Dest did show signs of betterment in the latter stages of the season before an injury put an end to his campaign. Heading into the summer, the 21-year-old has been heavily linked with an exit as the Catalans look to generate funds from sales.

With Sergi Roberto’s contract being extended and Barcelona keen on signing Cesar Azpilicueta, Dest has been deemed surplus to requirements ahead of the next season.

However, as per the aforementioned update from Achraf Ben Ayad, the USMNT star is very happy at Barcelona and has a ‘special’ relationship with manager Xavi. As a result, he is not contemplating an exit from the club at all and is excited about the new season.

It could put a spanner in the works for Barcelona, who are trying to sign Azpilicueta from Chelsea while also being linked with Brazilian right-back Dodo as a replacement for Dani Alves, who is unlikely to be handed a new contract.