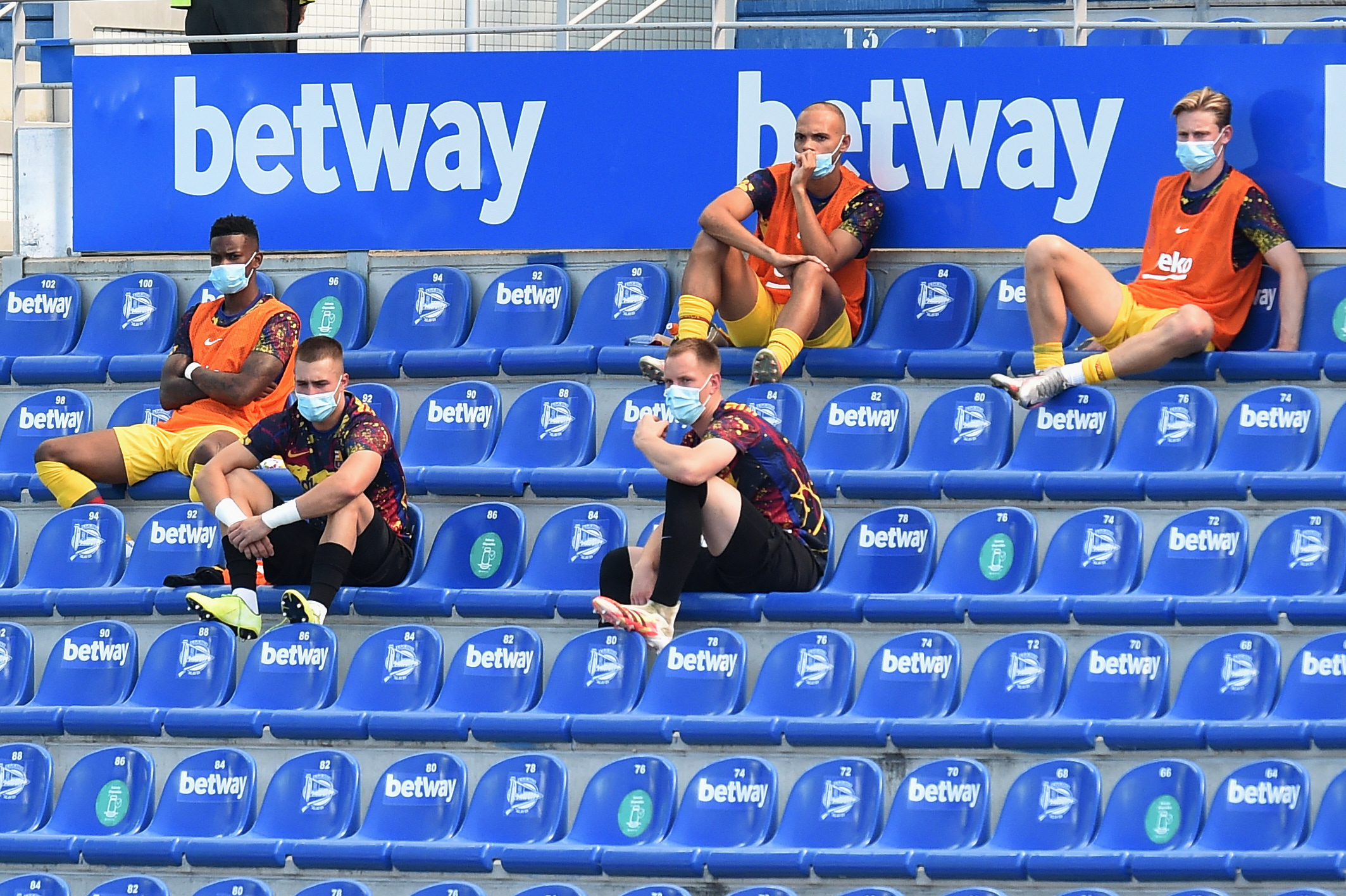 The fallout from Barcelona’s UEFA Champions League exit on Wednesday could be serious. Following the disappointing defeat to Bayern Munich at the Allianz Arena, manager Xavi Hernandez insisted that changes are needed to take the team back to the heights of the past.

And, with the January transfer window now looming, the Catalan giants are reportedly ready to make some major cuts to the squad.

Indeed, Gerard Romero is now reporting that Barca have transfer-listed first-choice goalkeeper Marc-Andre ter Stegen while they are also prepared to listen to offers for Sergino Dest and Frenkie de Jong.

The ex-Borussia Monchengladbach stopper is one of the biggest earners on the club’s books and is a player who can fetch a sizeable transfer fee as well. So, offloading him would make sense financially for Barcelona, with the 29-year-old consistently linked with Bayern Munich.

Meanwhile, Dest has failed to perform at the level expected since his arrival from Ajax last year. The USMNT star struggled in both of his appearances under Xavi and was poor in the games against Real Betis and Bayern

Recent reports have indicated that the 21-year-old is unhappy with his situation at Camp Nou, and is seeking an exit, with Bayern Munich his favoured destination. And Barca will now be open to offers for the ex-Ajax ace should any come in.

The final name on the list, as per Romero’s update is that of midfielder Frenkie de Jong. The Dutchman was one of the Blaugrana’s best-performing players last season but has been a bit up and down this term. However, he is held in the highest of regard by Xavi, who is believed to see him as an ‘untouchable’.

But with the financial situation being as it is, Barcelona will now study offers for the former Ajax midfield star, in the hope to generate funds.

Should these exits materialise, it could provide the Catalan heavyweights with the means to sign their primary target Ferran Torres. Xavi is keen on adding the Manchester City forward to his ranks but funds were a problem. However, should Barca be able to sell some of their profitable stars, a move for the Spanish international could be facilitated.