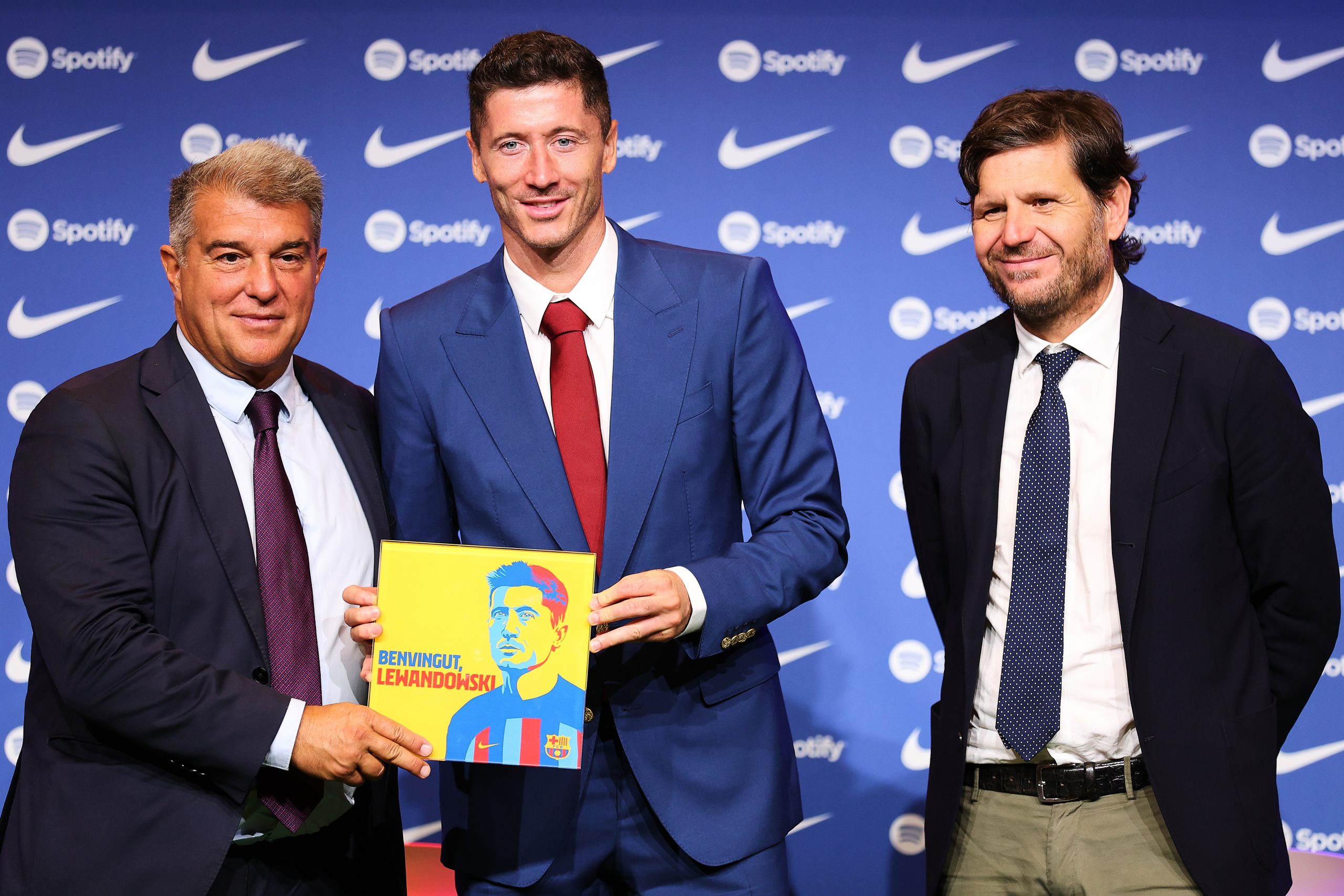 Speaking at an event in Palma on Friday (h/t SPORT), Barcelona president Joan Laporta explained the situation that the club were in which prompted the sale of assets this summer, while also heaping praise on director Mateu Alemany.

Barcelona had to rely on four ‘economic levers’, which were essentially the sale of assets such as a percentage of TV rights as well as stakes in Barça Studios, to boost their finances in the summer that enabled them to go after their targets in the summer and then register players.

The strategy has come under fire, with Paris Saint-Germain president Nasser Al-Khelaifi recently questioning the activities were even legal.

While the club’s financial situation heading into the summer was no secret, Laporta has now shed more light on the circumstances that led to Barcelona activating the ‘economic levers’.

“Unfortunately, due to the state of the club we received, we only had two options: either do levers or start asking people for money. In a time of pandemic and economic difficulties, neither my board nor I wanted to ask for money,” he said.

However, he reassured fans that the club’s future income will not be hurt from the sales, saying:

“Assets have had to be sold to consolidate this recovery. You can be calm because at a time of maximum difficulty we have sold at a very good price and without excessively damaging our income statement for the coming years.”

Laporta also chose to highlight the work done by director Mateu Alemany, who hails from the town of Andratx in the Mallorcan region, ahead of Barcelona’s clash against RCD Mallorca,

“Mateu Alemany has done an extraordinary job, he’s the main architect of this team,” Laporta said.

Barcelona are currently second in the La Liga table, just two points behind leaders Real Madrid. A win against Mallorca later today will take them to the top of the standings, at least until Sunday when Los Blancos play Osasuna.