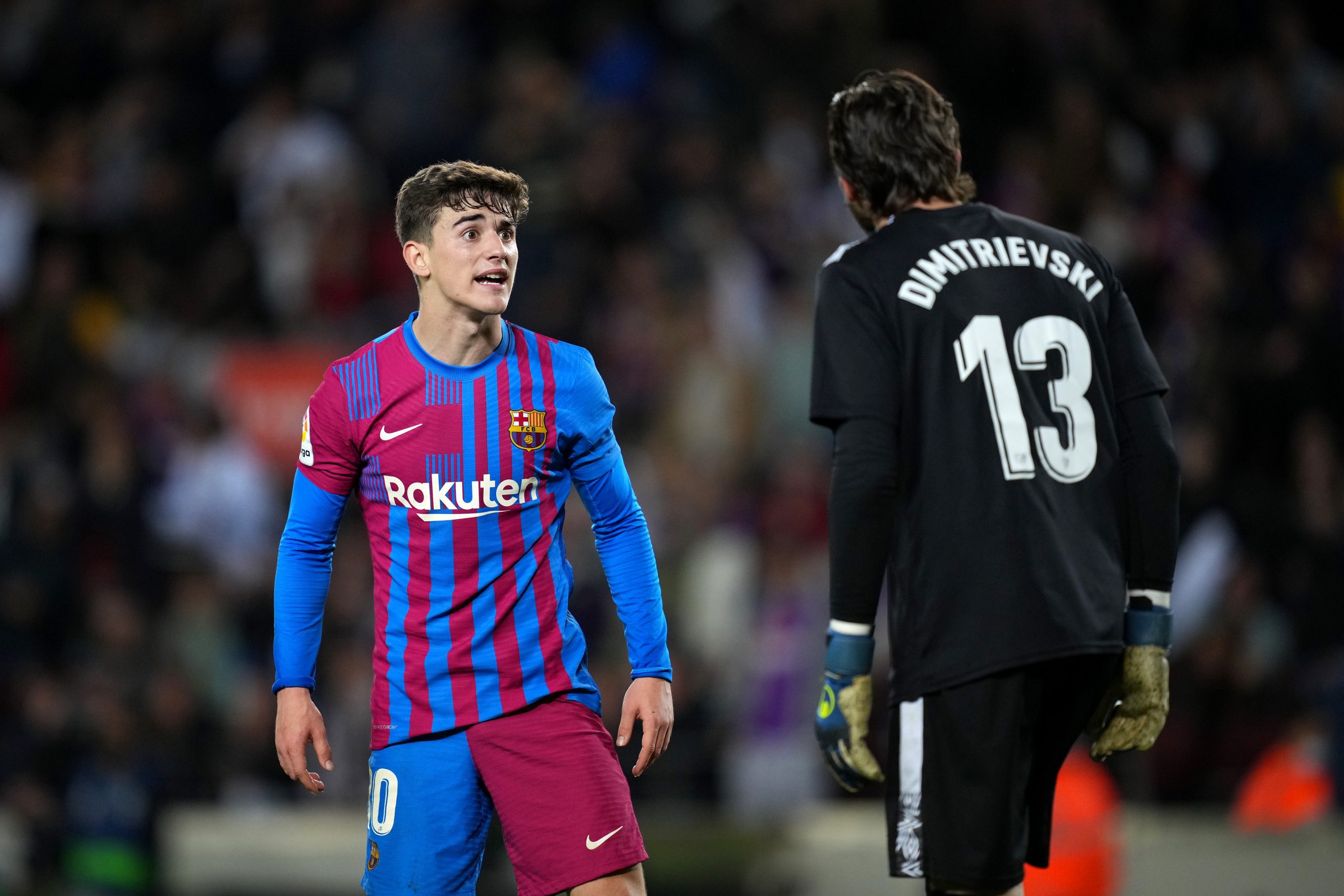 Speaking to L’Esportiu (h/t Fabrizio Romano), Barcelona president Joan Laporta has lashed out at the agent of young midfielder Gavi due to the delays over his contract renewal.

Gavi has been one of the biggest positives to come out for Barcelona from the recently concluded 2021/22 campaign. The 17-year-old La Masia graduate has grown into a vital player in the first team despite his tender age and has also broken into the Spain national team.

Given his immense potential and quality at such a young age, Gavi has already attracted a lot of admirers. There has been interest from several top clubs from across Europe, including Liverpool, heading into the summer window.

Gavi’s current contract with Barcelona stands to expire at the end of the 2022/23 season, while it also includes a release clause of just €50 million, which interested parties can trigger to swoop him away from Camp Nou.

That is why the Blaugrana have been trying to hand him a new contract at the earliest possible and tie down his long-term future at the club.

Negotiations have been ongoing for quite some time now and reports had indicated that an extension was close to being signed. However, there has been no progress made, which has seemingly frustrated president Laporta.

Hitting out at Gavi’s agent, Ivan de la Pena, the Barcelona supremo said: “We can’t understand why the agent of Gavi wants to delay the contract extension. We are still waiting.”

Gavi ended his first season with the Barcelona senior team with 47 appearances in which he scored two goals and set up six more.

A player with undisputed quality, it is imperative that the Catalans get his contract situation resolved at the earliest possible or they run the risk of seeing some suitor trigger his release clause of €50 million in the summer.