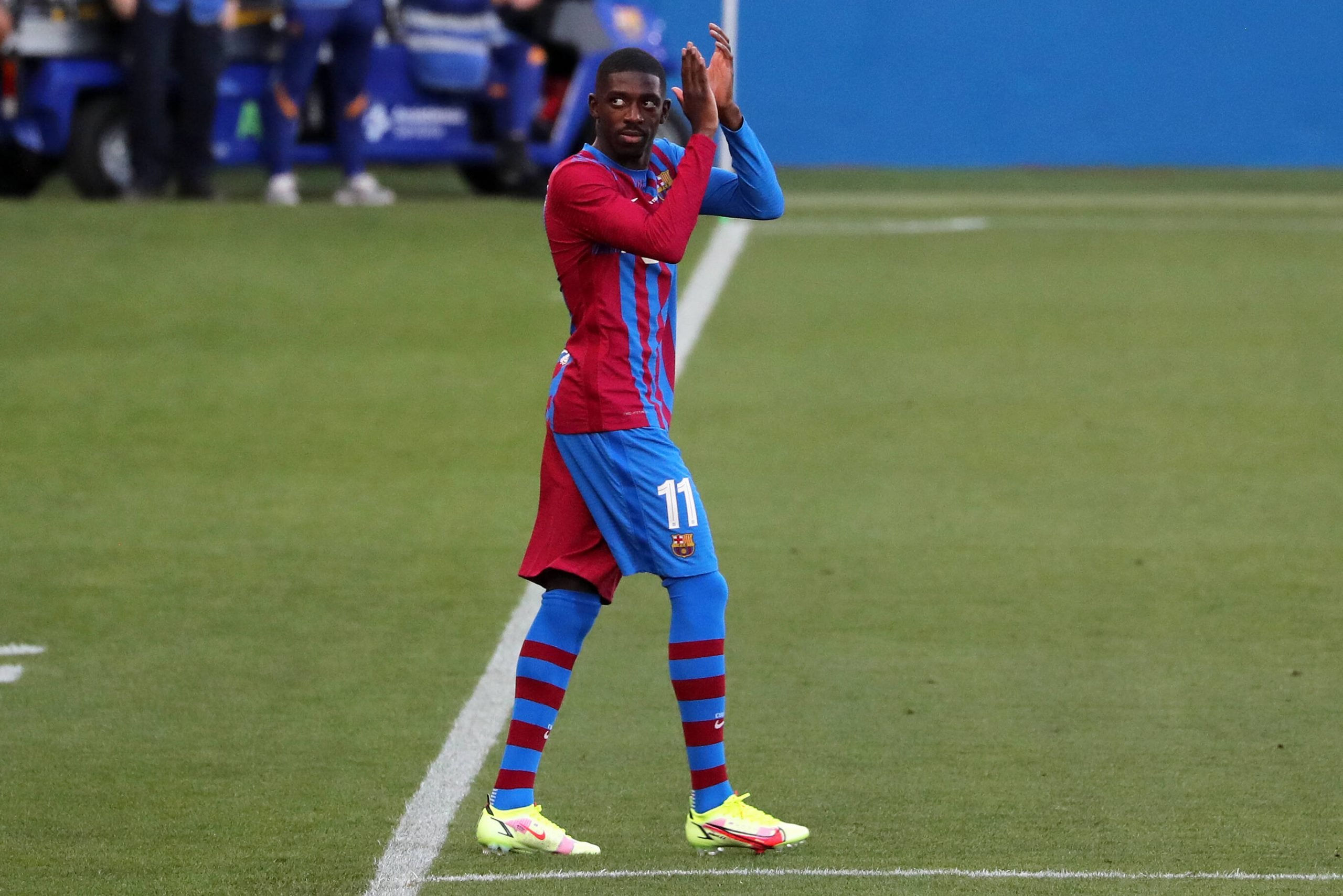 Joan Laporta has iterated on multiple occasions that he is a fan of Ousmane Dembele. The French winger has had a tumultuous stint at Barcelona since arriving from Borussia Dortmund but still seems to have the support of many fans and the club staff.

After his injury while on duty with France at the Euros, Dembele has been on the sidelines since June. However, recent reports suggest that he is recovering well and will receive his medical clearance by the end of next month.

Prior to his injury, Dembele’s contract renewal was an important task on the list of agendas for Barcelona. It had gained some traction after Laporta’s investiture as club president, but the injury, alongside other contract and transfer-related issues meant talks had to be put on hold.

Dembele’s current deal expires in 2022, and Barcelona cannot afford to lose him on a free transfer. Their wage mass is slowly but surely decreasing which means the club can offer the winger a new deal, albeit with reduced terms.

During the official presentation of new signing Luuk de Jong, Laporta said regarding Dembele’s extension: “Meetings are scheduled with his agent. The relationship with Ousmane is very good. He told me that he’s very eager to get back to play. I’m very hopeful. Dembélé is a player with great quality, we’re happy with him.” (h/t Toni Juanmarti)

Dembele was given the number 7 jersey after Antoine Griezmann’s departure, a shirt which Laporta says the Frenchman has taken a real liking to.

There will soon be more clarity about the forward’s future, as he edges closer to a full return to action.