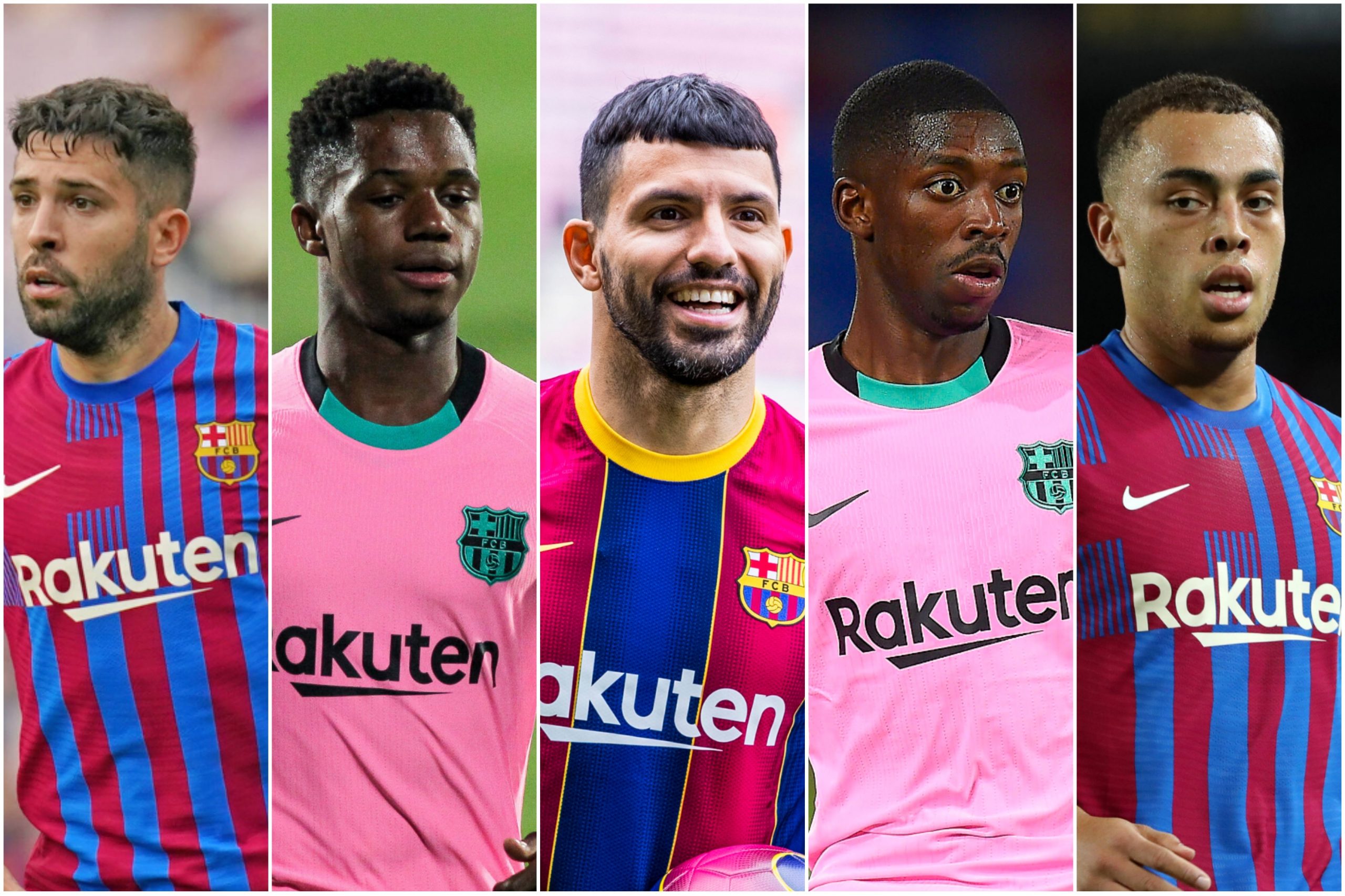 Barcelona head into a crucial month, with some of world football’s elite clubs scheduled to play the Catalans in the coming weeks.

However, injuries have been the biggest bane for Ronald Koeman’s side this year. With a vital month coming up, the manager will need all his players to be fit and available for selection. Here is a roundup of the injured players and their recovery status-

Sergio Aguero joined Barcelona amidst a lot of hype and chaos in social media. The forward’s signing was seen to be a big upgrade in the forward department. However, an injury early in his stay in Barcelona has stopped him from even making his debut.

Nevertheless, according to reports, the striker’s recovery is going as expected. His predicted medical clearance should be around the end of October.

The Frenchman has been out of action since France’s lacklustre draw against Hungary in the Euros. However, he too is expected to receive his medical clearance by the end of next month.

Ansu Fati’s return is one of, if not the most anticipated return of 2021. The youngster’s recovery seems to be on track, however, a recent setback has pushed his return to the field by a further month.

Reports from Mundo Deportivo say that the youngster could make his comeback on the 26th of September against Levante. The player knows the importance of returning to 100% before playing a game and does not intend to rush.

Spanish media outlet SF polo report that the 18-year-old is not even participating in training matches. He has only participated in rondos, and other squad players were warned not to tackle him. His anticipated return could be in about 2 to 3 weeks.

That said, Fati will miss the matches against Bayern, Granada, Cadiz, Levante, Benfica and Atletico Madrid.

Sergino Dest suffered a knee injury while playing for the USMNT during the international break. This means that he will be ruled out for roughly two weeks, and could miss the encounter against the Bundesliga champions.

If Barcelona’s concerns regarding the right by position were not sufficient heading into the clash against Bayern Munich, an injury scare to Jordi Alba puts his participation in the game at risk as well.

Alba currently has some discomfort, and his participation in next week’s blockbuster match is not certain.