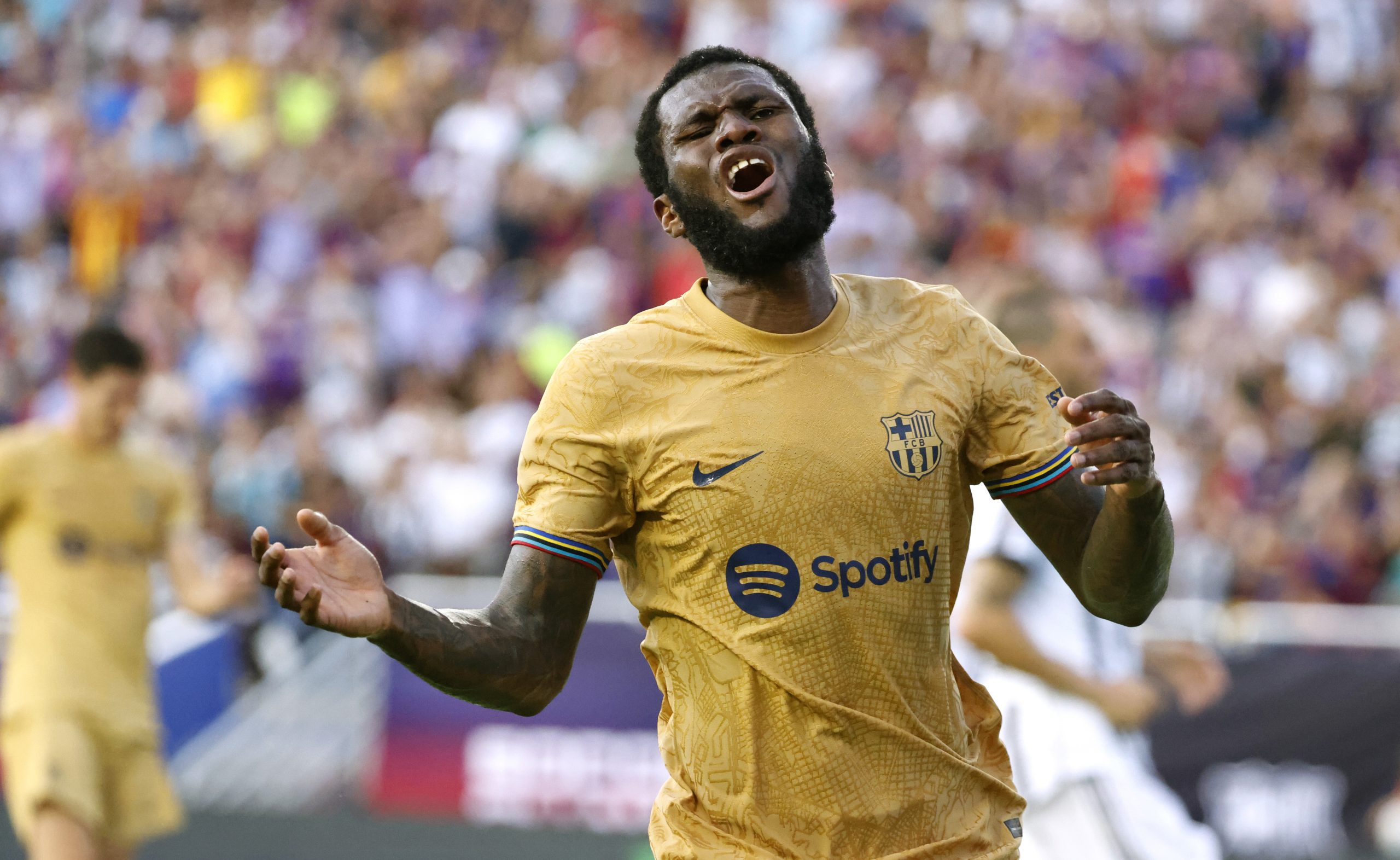 The start of the season is almost upon us as Barcelona gear up for the last non-official game before La Liga finally kicks off. Tomorrow, they will host Dani Alves’ Pumas UNAS for the Joan Gamper Trophy.

For the most part, Xavi has had a wonderful pre-season. That has been reflected not only in the scorelines, but also through the fact that he has had all signings playing at a top level.

Raphinha scored two and assisted two, while Ousmane Dembele found the net five times in as many games. Franck Kessie seems to have fit seamlessly in the midfield, and Andreas Christensen played the most minutes of any player during the preparatory run.

Robert Lewandowski could not score, but looked sharp as ever and keen to register his first goal.

Following the pre-season, Barcelona also completed the signing of Jules Kounde from Sevilla for €50 million plus add-ons, and he could make his debut tomorrow.

Speaking of which, Xavi has called up 31 players for the encounter, with the only exception from the first-team being Neto, who is finalising his departure with AFC Bournemouth.

We expect the coach to start with the exact lineup that will also take on Rayo Vallecano for the season-opener, with changes through the second 45.

Starting from the easiest section: the attack. Xavi has preferred to use a runner and a creative winger on either side of an out-and-out striker, through the last season.

However, with two quality, and completely players like Raphinha and Dembele knocking on his door, we predict they will start on the right and left-wing, respectively.

Through the centre, we will see none other than the legendary Lewandowski. His presentation at the Camp Nou was dreamy, and he will want to build on the same starting tomorrow.

Frenkie de Jong took the starting spot for a majority of last season, but has competition in the form of Franck Kessie. The Ivorian started most games in that right central midfield role, and we expect him to continue tomorrow, too.

The other two spots are pretty much straightforward. Pedri will be seen donning his new number #8, while Sergio Busquets takes over responsibility in that defensive midfield position.

The defence is where it gets truly tricky to predict. Jordi Alba is the only one whose position is uncontested for the next season, and he should start in that left-back role tomorrow, too.

However, with Jules Kounde not completely fit yet, we expect Andreas Christensen to get the nod alongside Ronald Araujo in the heart of the defence. Sergino Dest is expected to start the game flanking the right side of the back-four, while Marc-Andre ter Stegen guards the goal.

Ferran Torres has been included in the squad list but will likely play no part tomorrow. He was injured through the pre-season, and only participated in full training for the first time in several weeks today.

We expect Memphis Depay and Pierre-Emerick Aubameyang to step in on the right and centre, respectively, as they did vs New York Red Bulls. The latter’s darting runs make him an ideal target on the wing, even though that is not his natural position.

Ansu Fati, too, will get the chance to come on, playing on the left side. Xavi clearly wants the Spaniard to make that role his own and will give him ample chances to do so, even though he is not fully fit yet.

Here, Ez Abde could get a chance as well, but likely after the 70th minute. Martin Braithwaite is in the squad as well, but will stay put on the bench.

Pedri will, in all likelihood, be replaced by Gavi in a like-for-like switch. On the other side, Frenkie de Jong should get a run replacing Kessie in midfield, while Miralem Pjanic comes on for Busquets in that #6 role.

Here, Nico Gonzalez could be brought on for anyone in that trident. He is a versatile midfielder, and could come in either as an advanced midfielder or to replace Busquets as a pivot.

In defence, the switches are mostly like-for-like. Alejandro Balde is expected to come on for Alba on the left side of the defensive quartet, while Sergi Roberto takes over responsibility on the right side.

Inaki Pena should replace ter Stegen in the six-yard box, while Gerard Pique and Eric Garcia come on for Christensen and Araujo. Jules Kounde could get a run-in for the final quarter.