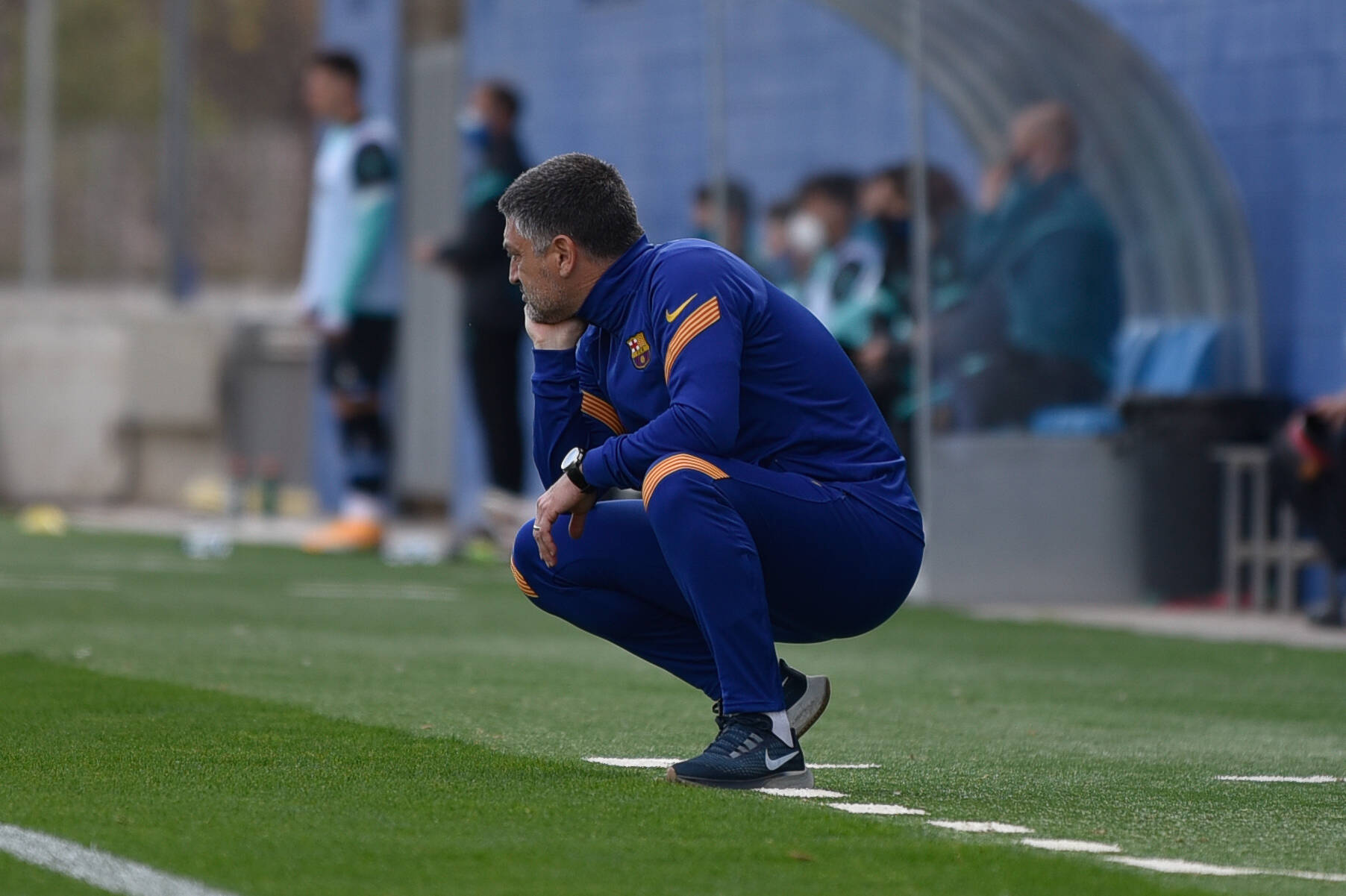 Photo by Felipe Mondino via Imago

It has been three days since Barcelona decided to let go of Barcelona B manager Garcia Pimienta, along with coaches Alex Garcia and Aureli Altimira. As the dust settles on the matter, SPORT journalist Toni Juanmarti has now claimed that some of the players from the B team have been left annoyed by the club’s decision.

Garcia Pimienta, a former Barcelona player, had taken over the reins of the club’s B team in April 2018, at a time when things were a bit messy with the reserves. During his time in charge of the side, the 46-year-old did a fine job as he led them to consecutive playoff finals in the Segunda B division.

However, the failure to achieve promotion in back-to-back seasons seemed to be the undoing for Pimienta, as newly-elected president Joan Laporta continues to restructure the club.

The decision to release Pimienta, along with other coaches like Alex Garcia, however, seems to be an unpopular decision within the Barcelona B dressing room. Indeed, as Toni Juanmarti reports, a number of players from the reserve team have been left flummoxed by the decision to let him go, as the two were well-respected figures.

And, the reaction is understandable to a certain extent given the work that Pimienta had done with the youngsters at the club. Promotion or not, the 46-year-old had played a hand in the development of players like Ronald Araujo, who became a regular first-team player for Barcelona this season.

Konrad de la Fuente, Nico Gonzalez, who is reported to have recently signed a big contract extension with the club and Alex Collado, who could be set for a first-team role in the upcoming season, were also beneficiaries of Pimienta’s guidance, among various others.

It remains to be seen who Laporta and Barcelona appoint as the next manager of the B team. Whoever steps in the role, though, will have a tough act to follow. As for Pimienta, the journalist reports that a number of clubs are already interested in employing his services.