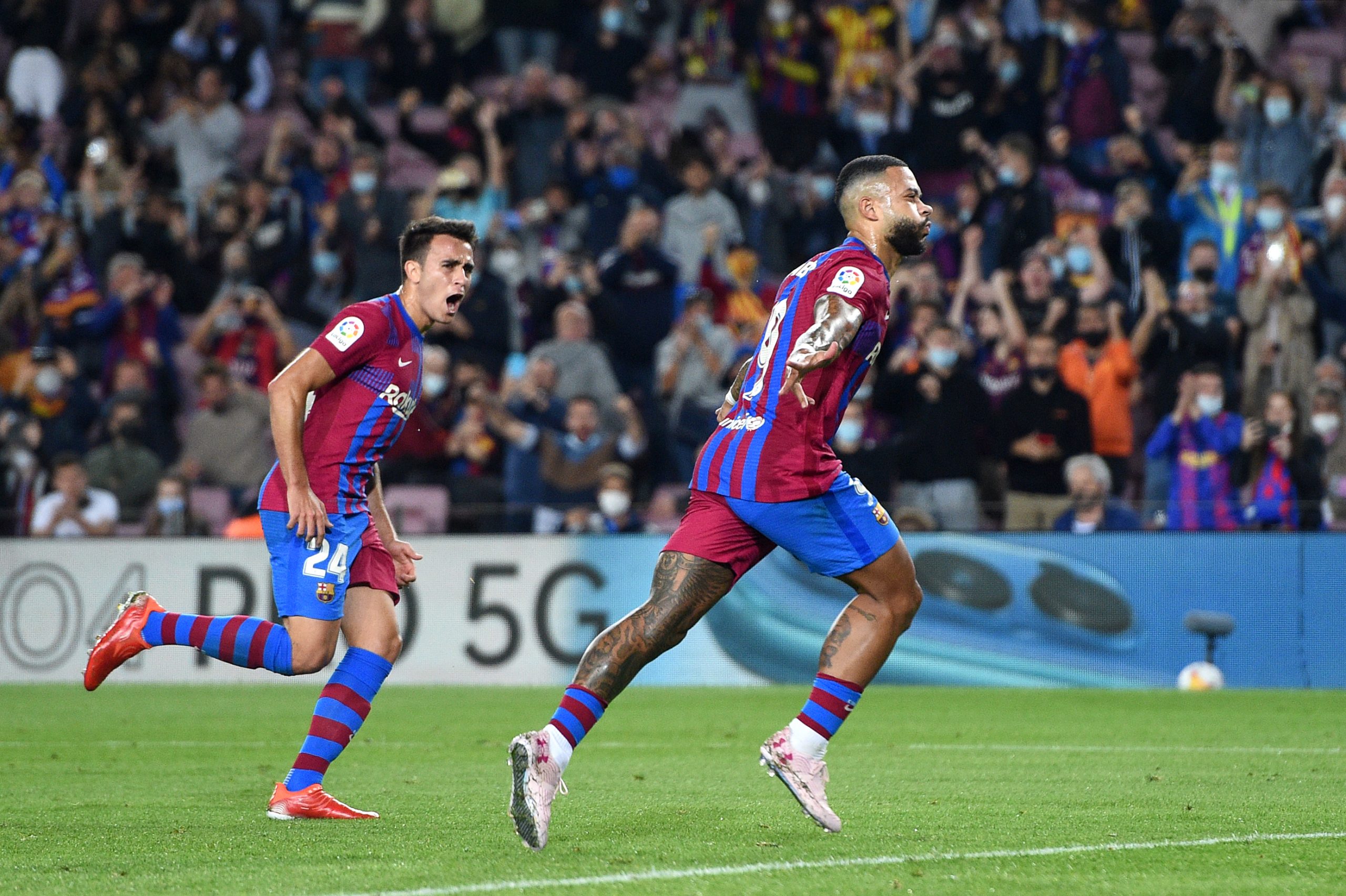 Barcelona took on Valencia in La Liga as they embarked on a week that could make or break both their and the coach’s situation. The Catalans were looking to climb up the table, and a win over Valencia would do that and more.

Koeman started with a fairly similar lineup on the night, with a few changes. Ronald Araujo and Pedri were the biggest absentees on the night.

The gave got underway at Camp Nou late on Sunday night with Ansu Fati starting for the first time since his return to football. Barcelona got right into the groove in the second minute when Frenkie de Jong found Ansu Fati. The teenager fired a low shot that found these side net.

Valencia went ahead in the fifth minute after a belter of shot from Jose Gaya. After a well-defended corner, the left-back volleyed the ball from outside the box. The shot was nearly unstoppable and found its way past Ter Stegen.

The Catalans immediately brought out all their guns to find a way back into the game. Sergino Dest and Gavi used their dynamic combinations to try and open spaces, but the visitors held their ground. A beautiful sequence in the tenth minute saw the hosts come painfully close to scoring.

Frenkie de Jong played Jordi Alba into open space before the left-back put in a textbook cross across the face of goal. Sergino Dest was there for the pickings, but Gaya made a fabulous dive to deny the USMNT star.

Nevertheless, it only took two minutes after that for Barcelona to level the score. Who else but Ansu Fati. The teenager played a lovely combination with Memphis Depay before finessing the ball into the bottom right corner with an exquisite curl. It was a goal that was a trademark of the No.10 before him.

The wonder goal got Barcelona in the mood for more action, and the hosts continued to press. Gavi received his third yellow card of the season in the 20th minute amidst chaotic protests.

Valencia had a chance to take the lead once again in the 25th minute when Guedes found himself clear on goal. However, the forward could not find a strong finish.

Frenkie de Jong showed his class a few minutes later when he went on a solo run from midline. Despite being under high pressure from defenders around him, he persevered and kept moving forward before he was taken down outside the box.

In the 32nd minute, Sergio Busquets found himself in the referee’s book for catching the foot of Carlos Soler. Jasper Cillessen’s fumble two minutes later was a highlight, however, the hosts failed to capitalise.

The buildup from Barcelona regularly involved dynamic passing between Jordi Alba, Ansu Fati and Memphis Depay. The trio created chance after chance that went begging. However, their efforts paid off in the 39th minute when Fati was taken down in a 1v1 situation. The referee pointed to the spot, and Memphis scored a perfect penalty to complete Barcelona’s comeback.

Just minutes before halftime, Valencia won a dangerous freekick. However, the Catalan defense was on point with Dest making a crucial save. Barcelona headed into the dressing room having completed a difficult comeback, and certainly high on confidence.

The first big moment of the second half came in the 50th minute when the hosts launched a strong attack. Frenkie de Jong and Dest combined to find Fati in front of goal. The youngster fired a shot, but couldn’t fire it past Cillessen.

Just two minutes later, Guedes played a brilliant ball into Maxi Gomez who took a touch and fired at goal. The shot hit the underside of the post and Soler was offside for the rebound.

Valencia dictated the play in the opening period of the second half, looking to equalise. Nevertheless, Barcelona remained firm in defense and preferred staying on the backfoot.

Guedes once again spelt trouble for Barcelona in the 56th minute when he fired one from lomg range. His bullet of a shot was saved well by Ter Stegen to deny him.

Phillipe Coutinho came on at the hour mark for Ansu Fati, who is still being used conservatively. Immediately after that, Memphis found Gavi who laid in a phenomenal ball for the Brazilian. However, Coutinho could not find a finish.

In the 64th minute, Marcos Andre let in a brilliant cross to the box. Pique was on duty and reached the ball before it could reach any striker. Thee minutes later, Coutinho’s cross found de Jong on goal. Yet, Cillessen’s quick reaction denied the Dutchman.

Oscar Mingueza and Nico Gonzalez replaced Sergi Roberto and Gavi in the 70th minute. Barcelona took charge in the next period, with Memphis and Dest finding chances to test the goalkeeper.

The 78th minute was a big event in the game, for Valencia had the goal at their mercy. Carlos Soler dribbled past even ter Stegen and passed it to Gomez in from of goal. It was Pique who made a goal-line clearance to keep the score at 2-1 in his teams favour. Meanwhile, Coutinho tried his luck by shooting in the 80th minute, though it did not come off.

The visitors won a dangerous free-kick in the 83rd minute that was close to the bottom corner but not good enough.

Barcelona closed away the game in the 85th minute after Coutinho scored. Dest worked hard to keep the ball despite the pressure. He found the Brazilian directly in front of goal, and the former Liverpool man slotted it into the back.

Sergio Aguero made his debut immediately after that, replacing Sergino Dest. Meanwhile, Depay made a dazzling run into the opposition box and tried to find Coutinho for his second. Nevertheless, the move did not result in a goal.

Barcelona’s No.9 found Kun Aguero in the 90th minute. The Argentine controlled the pass and attempted to give it to Pique, who could not head it in. Three minutes of extra time could not change anything for the visitors, who returned empty-handed. Needless to say, it was a much needed confidence booster for Barcelona and a good start to a hectic week ahead.