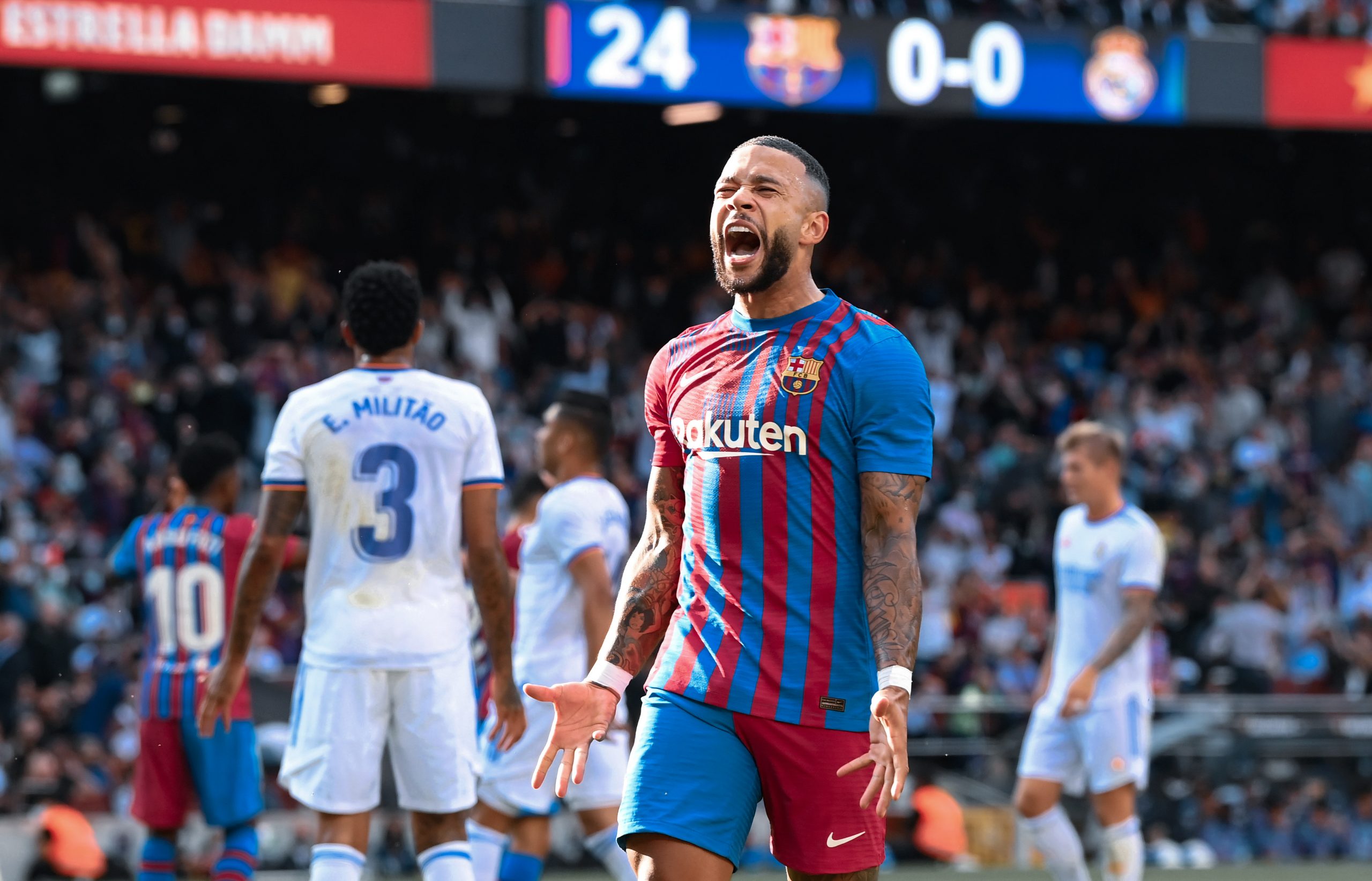 Barcelona hosted Real Madrid for the first El Clasico of the season following a 1-0 win against Dynamo Kyiv in the UEFA Champions League. The Catalans were outplayed, while Real Madrid put up a masterclass in counter attacks to rub salt into the hosts poor run of form.

In the process, Ronald Koeman became the first Barcelona manager in over 80 years to lose three consecutive Clasico’s. The game ended 2-1 in favour of the visitors, but the scoreline made it seem closer than the encounter was. Here are the player ratings from the Clasico.

The German shot-stopper was expected to have a busy day in the office and he surely did. Despite making two saves from inside the box, he let two goals in. Though he could have done better in the first goal, the German cannot be blamed for the second goal.

Oscar Mingueza played as a right-back with no offensive duties, much like his role against Dynamo Kyiv. The Spaniard stayed resilient in his defensive position and kept Vinicius Jr in check partly. Though he had a night far from perfect, he was slightly better than his counterparts.

The Barcelona defender has always been one to live for El Clasicos. But like the last two, Pique would like to erase tonight’s game from his memory too. The centre-back made two clearances but was nowhere to be seen in either of the goals conceded.

Eric Garcia made a solid start to the game with confident tackles and perfectly timed interceptions. However, his minor lapses in concentration cost Barcelona once again. The Spaniard could have directly stopped both the eventual goals, especially the second goal.

Jordi Alba had a poor Clasico by his standards. The Spaniard has come to be one of Barcelona’s most essential players but could not show his magic on the night. He did record two key passes, but Alba struggled to find crosses from the left flank.

While the midfield of Barcelona was a major let-down, Sergio Busquets kept his calm and delivered a half decent show. The captain was everywhere and did everything on the night. He won fouls and challenges linked with the attack and also aced his distribution.

The biggest let-down of the night was Frenkie de Jong. A lot was expected from the Dutchman after his bright finish to last year. It seemed like he had finally found his groove at Barcelona. However, the de Jong in the game was a shadow of what is known of the former Ajax star.

The youngster had little to no contribution going forward, an area where he is thought to excel. When Barcelona desperately needed a medium to find gaps and connect with the forward line, de Jong disappointed.

Gavi started his first Clasico at just 17 years of age. While the expectations in a Clasico do run high, he had a positive first-half display. His high work rate and defensive efforts were invaluable to the team. Moreover, his constant runs in between the lines were one encouraging sign in Barcelona’s monotony. However, Gavi faded away in the second half.

Sergino Dest ended his game with a brilliant assist to Kun Aguero. However, he could have been the one to score for Barcelona in the first half when he skied an effort to a partly open goal.

Nevertheless, Dest defended well when pushed back to right-back. The change in role has worked well for the USMNT star, but he still needs polishing.

On a night that was frustrating for most Barcelona players, Depay was one bright spot. The Dutch forward’s dribbles were a constant worry on the right-side of Real Madrid’s defence. He recorded a whopping five critical passes on the night, a stat that displays his creative effort.

Ansu Fati started the Clasico and played 72 minutes. His recovery and ability to participate for such a long stretch in such a short time is phenomenal.

The Number 10 was one of Barcelona’s better players on the night. He had two shots blocked, and one more effort intercepted by Militao.

His feint touch created a big chance for Sergino Dest in the first half, too. However, his deployment as a striker reduced his involvement in the game.

The Brazilian came on at halftime to take up duties at the right-wing. Coutinho put in a lot of effort on the night with multiple defensive contributions. He was also involved in the buildup and always looked for the final ball to finish, but took way too much time on the ball most of the time.

Kun made his Clasico debut in the 71st minute. However, the highlight of his debut was the goal he scored in the last minute to pull back to deficit to one goal. Kun definitely still has the killer instinct and will be key going ahead.

Roberto came on late in the game for Frenkie de Jong. However, he could not bring too much change to the already dim midfield.