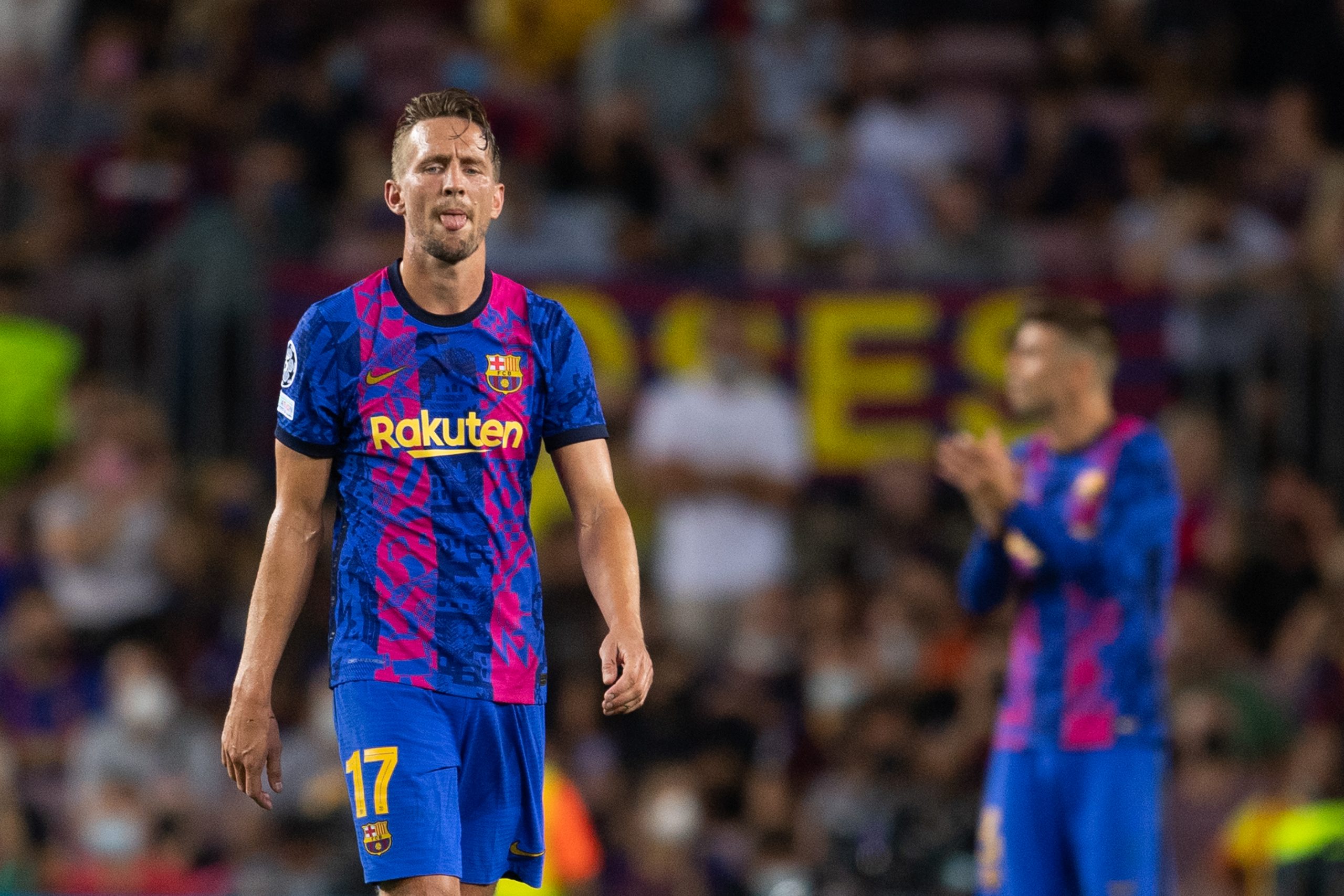 With Ronald Koeman not at the helm of affairs anymore at Barcelona, there are likely to be certain changes made to the squad in the upcoming transfer windows.

Recent reports have indicated that Sergino Dest could find himself on the chopping blocks come summer while some of the senior players who have been underperforming might also be phased out of the team.

Another Barcelona star who does not seem to have a future at the club is Luuk de Jong. as reported by SPORT. Signed from Sevilla late on the transfer deadline day, the towering target man was brought in as a replacement for Antoine Griezmann, who had returned to Atletico Madrid.

Luuk’s signing was completely made at the behest of Koeman, despite his poor record at Sevilla. The Dutch tactician was intent on bringing in his compatriot to the club, even hailing him as one of the best target-men going around.

However, the move backfired from day one, as the 31-year-old striker struggled to make any sort of impact on the pitch, whether it be as part of the starting XI or from the bench. De Jong was guilty of missing some gilt-edged chances in some games as well, as he has managed to find the back of the net just once in nine games so far this season.

With Koeman no longer at the club, Luuk de Jong is very much likely to be out of favour. And, Barcelona are already planning to ship the Dutchman out of the club as early as the January transfer window, if the aforementioned report is to go by.

However, considering that the former PSV Eindhoven striker is only on loan at Barca, his parent club Sevilla will also have a say in the matter when it comes to his immediate future. For now, though, Luuk de Jong looks very much set to depart to Camp Nou when the transfer window opens for business at the turn of the year.