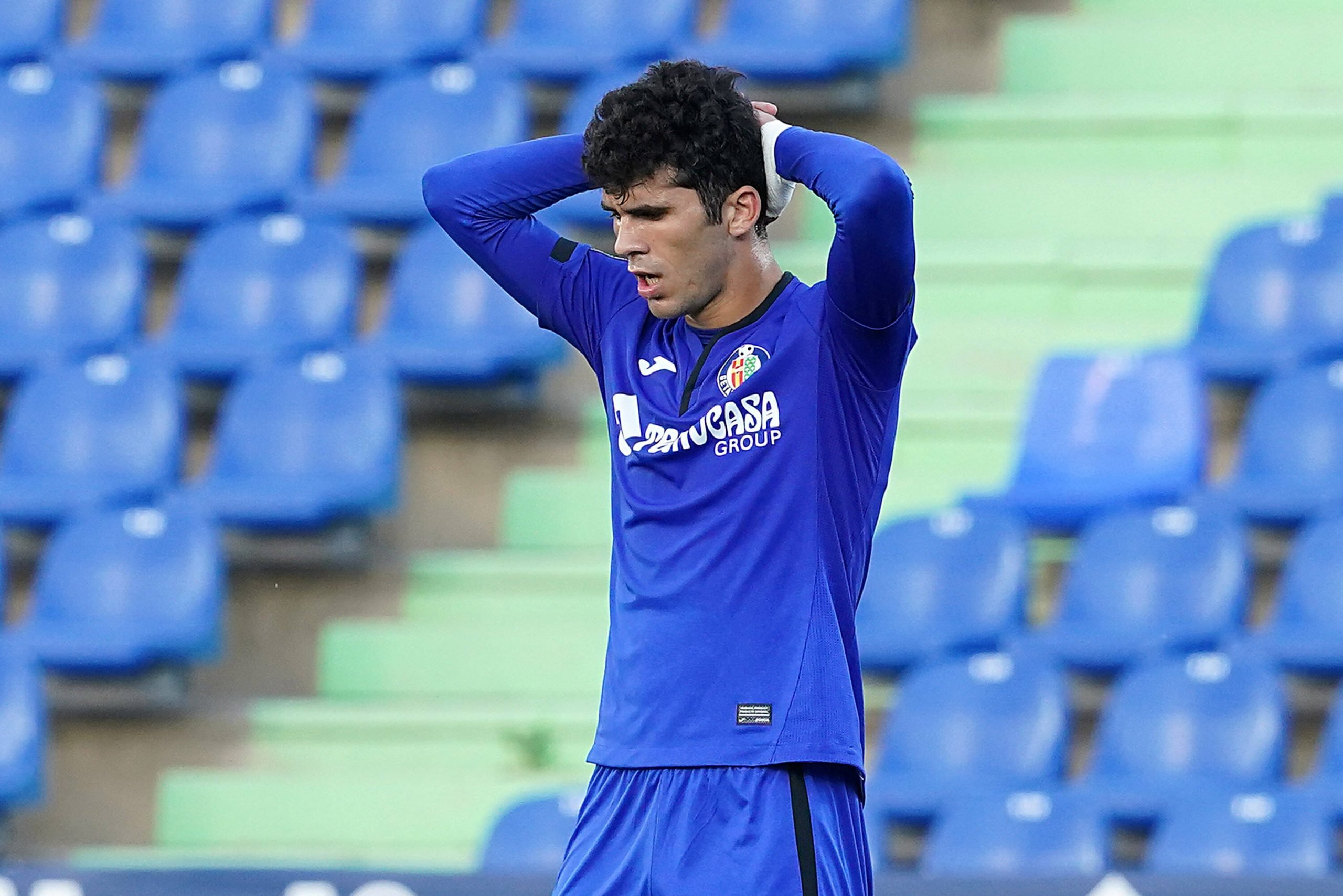 Barcelona are moving in with their fifth sale of the transfer window after Junior Firpo, Konrad de la Fuente, Jean-Clair Todibo, and Sergio Akieme as Carles Alena’s departure to Getafe has been confirmed, RAC1 reports.

In a midfield crowded with talent and youth, Alena’s chances were always going to be slim. And after half a season of struggling on the sidelines for Ronald Koeman, he was loaned out to Getafe, and clearly impressed the club officials.

During his time in the capital, he took to the pitch 22 times, registering two goals and two assists. This was his second tenure on loan, the first one at Real Betis, where he played 19 games.

In fact, the interest in signing the Spaniard was confirmed much earlier by the Getafe president, Angel Torres. In fact, he came out to confirm talks with Barcelona recently, saying:

“Aleñá wants to come here and Barcelona know it. I think it will conclude positively. I’m negotiating directly with Barcelona and I hope Aleñá is here before we go to La Manga.”

It is reported that Alena will fly to Madrid tomorrow to finalise details, and will be presented on Monday officially.

The 23-year-old played 44 games for Barça across three competitions, being deployed in at least seven different positions.