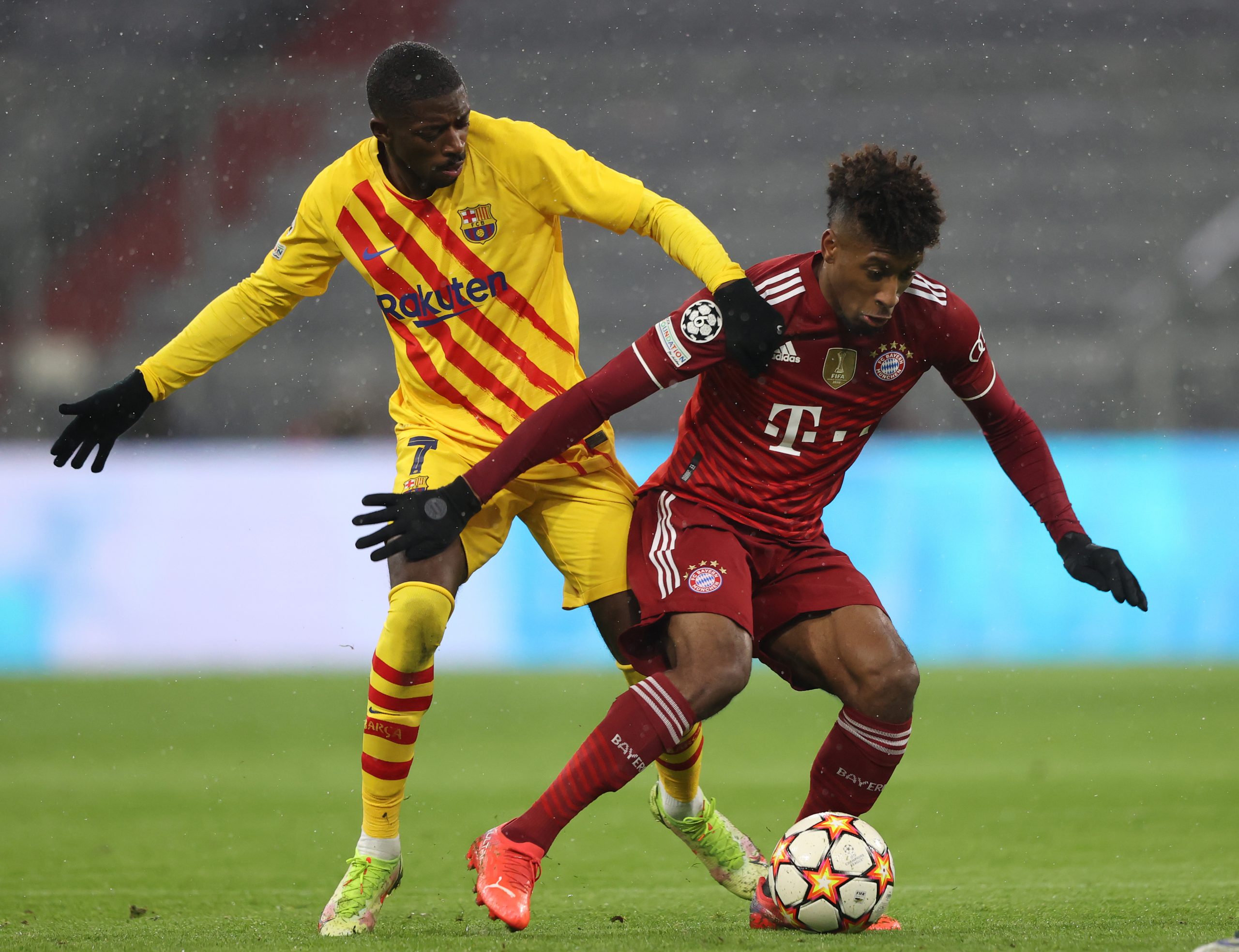 With Ousmane Dembele’s contract situation still being the same as it was at the start of the season, clubs are queuing up to sign him.

There has been significant interest in his services from the Premier League, with clubs like Newcastle United, Chelsea, Manchester United being linked heavily while PSG have also been mooted as an interested party.

Die Roten are sweating over the future of their own French speedster, Kingsley Coman, as his current contract is set to run out in eighteen months’ time in 2023 and talks over a renewal have not progressed as planned by the club.

It has put the Bavarian giants in a difficult position, who could potentially be forced to sell the ex-Juventus and PSG star in the summer in order to avoid losing him for nothing when his deal runs out. And, in case they decide to let go of him, Bayern are considering replacing him with Dembele.

This has led to suggestions that the two clubs could be involved in a potential swap deal involving the French duo in January. Barcelona have had no success in convincing Dembele to sign a new contract thus far and would potentially prefer trading him for cash or a player like Coman over losing him for nothing at the end of the season.

After all, the Bayern Munich winger had been touted as a top target for new manager Xavi Hernandez. It could turn out to be a win-win situation for both the clubs as Barca will be getting a like-for-like replacement with proven pedigree and title-winning experience while Bayern will have a player who has already enjoyed some degree of success in Germany. Wage demands, however, could pose an issue.