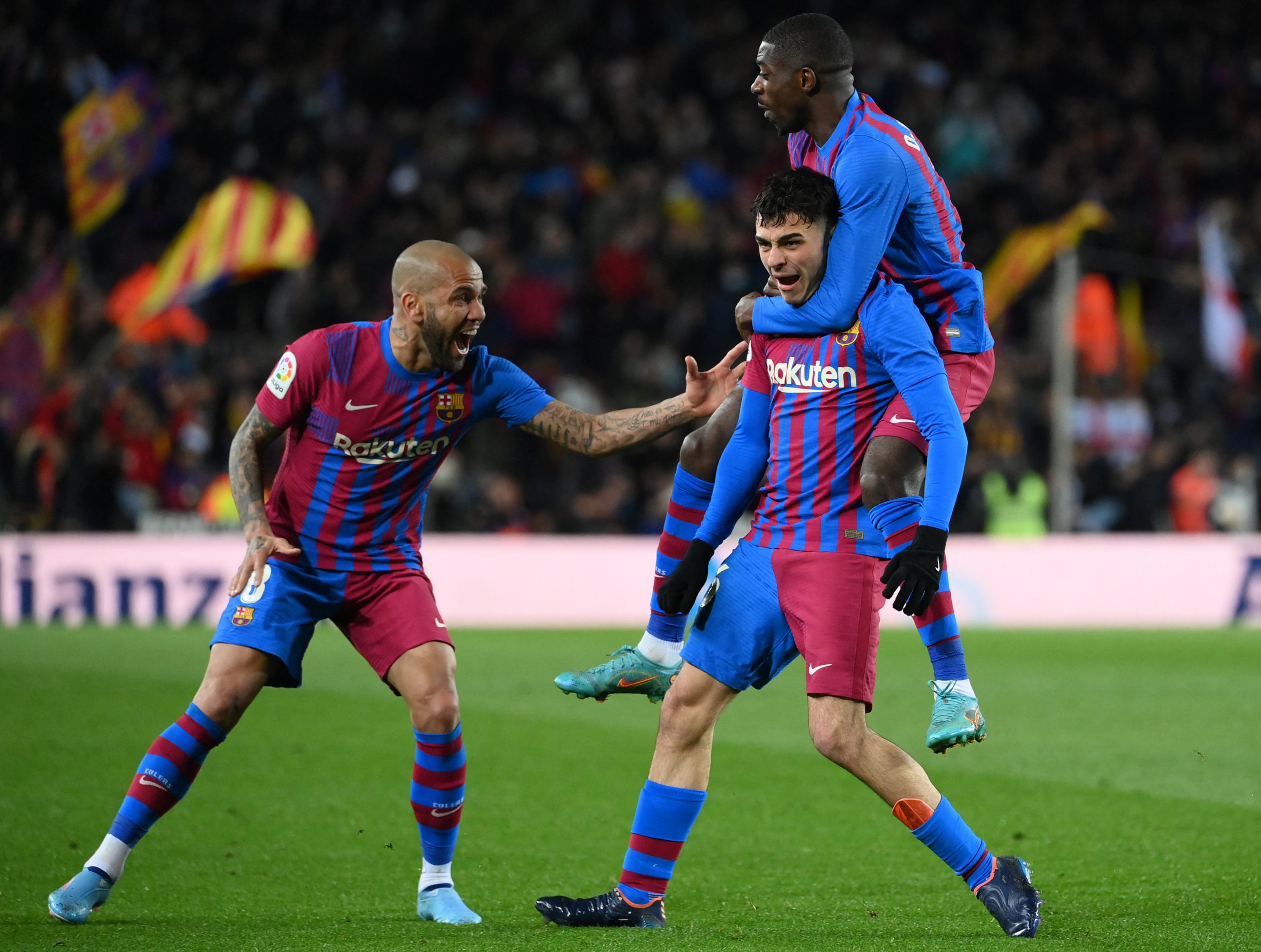 Speaking in an exclusive interview with The Guardian, former Barcelona defender and club legend Dani Alves has waxed lyrical about some of the young talents at the club like Pedri, Gavi and Ansu Fati.

A Barça legend, Alves spent eight years at Spotify Camp Nou between 2008 and 2016 before returning to the club last year for another short stint. Having re-signed in November 2021, the 39-year-old was let go of the club in the summer when his contract expired.

Currently a part of the Brazilian national team setup at the FIFA World Cup 2022 in Qatar, Alves spoke about a myriad of topics in a detailed chat with The Guardian.

During those conversations, the legendary right-back was asked to name some young players who he liked. And the former Barcelona ace took the name of the German trio of Jamal Musiala, Serge Gnabry and Leroy Sane, before naming Pedri and Gavi as players who bring joy to the fans.

Alves’ words were proven true by Pedri and Gavi as they put in stellar performances for Spain in their World Cup opener against Costa Rica last night. The Barça duo, in particular Gavi, were the protagonists of La Roja’s 7-0 victory over the North American nation on Wednesday.

Alves also lavished praise on another Barcelona starlet in Ansu Fati, recalling a recent chat with the youngster when the veteran told him that he is the face of the club’s La Masia academy.

“I saw Ansu the other day and he said ‘I bet you don’t remember me. I have a photo with you when I was a kid.’ I said of course I do. Your face stayed with me, I said then you were going to be the face of La Masia,” Alves exclaimed.

The 39-year-old had been training with Barça Atletic in the weeks leading up to the World Cup in order to stay fit and in shape for the tournament in Qatar. Having been named by Tite in the squad, he could feature for Brazil later tonight when they face Serbia in Group G.