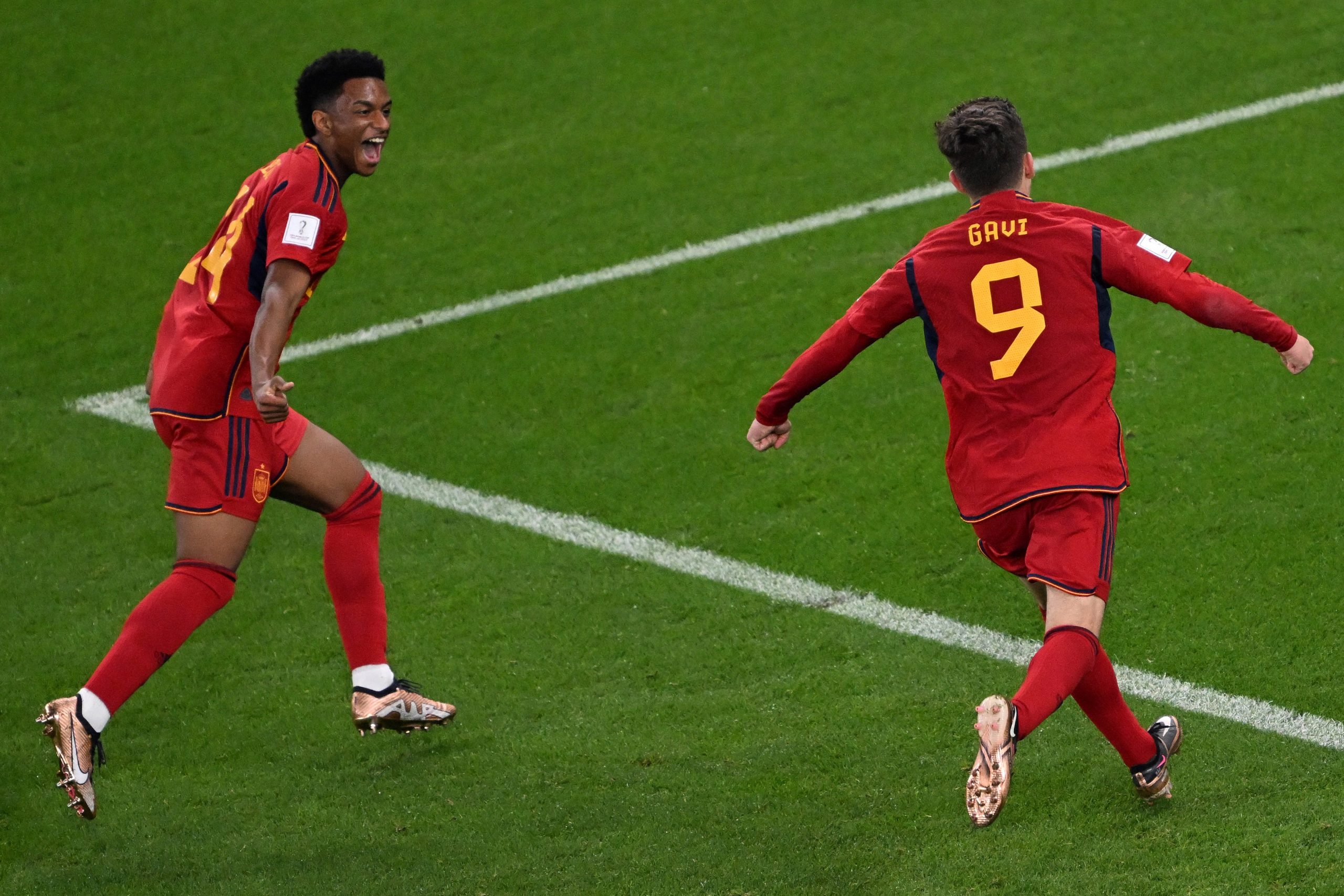 The World Cup continues to motor on today was an exciting day as a Barcelona man. Unlike previous days, almost all of the Barcelona players in action today played in one game and for one team.

Spain were in action against Costa Rica today and with as many as eight Barcelona players being called up by Luis Enrique, it was definitely going to be fun to keep tabs on their game tonight.

The first kick-off in the day was Croatia vs Morocco, a game that ended 0-0. It was more of a point lost for Croatia and the North African country will be happy with gaining a point from this game.

Next, we had another upset in this World Cup following Argentina’s loss to Saudi Arabia yesterday. In a game that pretty much followed the exact same script, Japan emerged 2-1 winners against mighty Germany.

The third game of the day was by far the most exciting one as a Barça fan, though with Spain taking on Costa Rica. La Roja absolutely decimated the American outfit, finishing 7-0 winners.

With a number of Spain players on display today, we at Barça Universal take a look at how they fared in their respective encounters.

Abde is a Barça player but he is out on loan at Osasuna for the season. The talented young winger got around 25 minutes to try and make a difference for Morocco and was understandably nervous playing on the biggest stage.

It was nothing new for ter Stegen on the German stage. Despite being the best goalie in the world this season, he still has to warm the benches and would have been watching in agony as his side lost 1-2 to Japan.

Vintage Alba was on display against Costa Rica. The Barcelona left-back was simply sensational with his runs and link-up play and got rewarded with a great assist for Marco Asensio’s goal.

Alba was heavily involved in Spain’s opener as well which Olmo converted and also won the penalty that Ferran slotted home with ease. He was given a deserved early rest, with Alejandro Balde replacing him.

Barcelona fans are soon running out of superlatives to describe Pedri. So, let’s try to look at the 19-year-old’s game in numbers. In the 56 minutes that he was on the pitch, Pedri has 92 touches and completed 86 of his 89 passes.

He completed four of his five attempted long balls, created one big chance and made three key passes. He was the heartbeat of La Roja. Simply spectacular!

From one golden boy to another, this was the first time Gavi got to play on the biggest international stage, and he showed absolutely no signs of nerves. The 18-year-old might not get the assist for the first goal, but it was his idea that pierced through for Olmo, leading to the opener.

Energetic as ever, Gavi was an absolute presence in midfield. He played the entirety of the game and was ultimately rewarded for his efforts when he scored an absolute golazo to put Spain 5-0 in the clear.

Busquets at his best is an absolute treat to watch. The 34-year-old dropped a midfield masterclass against Costa Rica. In the time he was on the pitch, the Barça captain had 102 touches of the ball and completed 87 of his 96 passes.

He made one key pass, completed five out of five long balls, won all of his four ground duels and three of his five aerial duels, made one interception and three tackles and was not dribbled past even once. Flawless!

Torres seems to be back to his best. The much-needed confidence that he got back just before the international break with Barcelona has really helped the Spaniard, and he got rewarded with a brace today.

The first goal that the Barcelona number 11 scored was from the penalty spot when he calmly slotted home a penalty that Alba had won and his second goal was born out of sheer determination to win the ball back, after which he converted superbly.

Balde got his international debut in the World Cup, and he would have been forgiven for having some nerves. However, the teenage Barcelona sensation seems to have no understanding of the term ‘pressure’.

In the time that he got on the pitch, Balde was electric. He made quite a few bursting runs forward and had a huge part to play in the goal that Gavi scored. Spain have a gem on their hands with this young man.

Luis Enrique chose not to call Fati on in this game, and understandably so, with Spain leading quite comfortably. The Spanish coach would have preferred to save the Barcelona number 10 for bigger challenges.

Eric Garcia was an unused substitute for Spain tonight, with Luis Enrique surprisingly choosing to start Rodri in central difference over him. The Barcelona man will have to be patient and wait for his chance this World Cup.